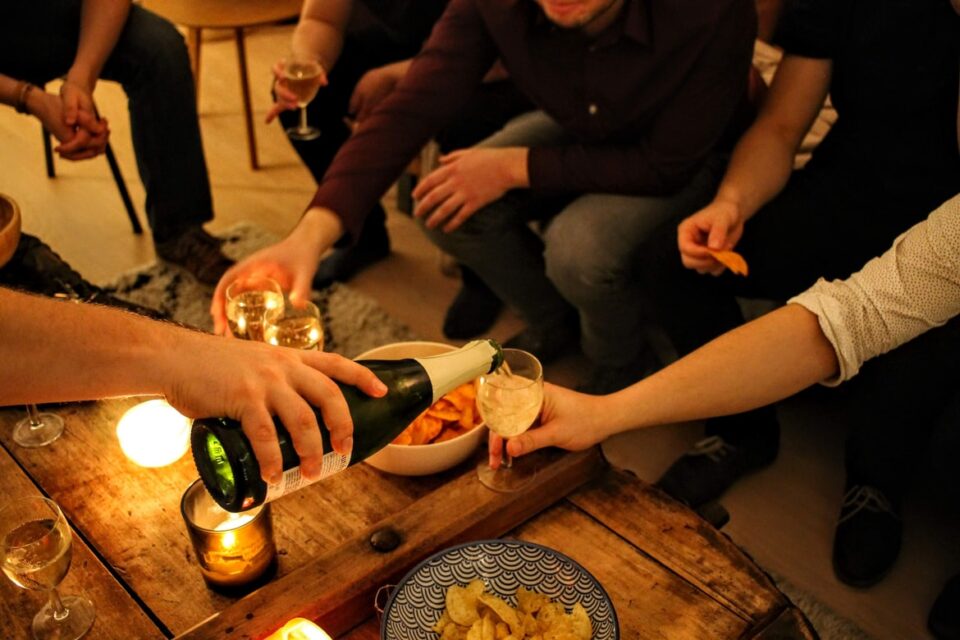 Twenty people are allowed at gatherings at home

It shouldn’t be such a grim Christmas this year, but socialising will be a confusing, rule-laden affair – and subject to change

A second Christmas under coronavirus measures is hardly ideal, especially as many of us spent the last holiday season away from friends and family. But as the Omicron variant now threatens to shut down Europe for yet another winter, the government has followed other European countries in tightening measures.

The latest decree, valid from December 6 to the 17, makes no mention of words like “lockdown” and “curfew”, but it’s still too early to know whether things will stay that way.

The good news is that for the time being we can go out. Businesses such as bars, cafes and hotels can have up to 300 people indoors with a SafePass as it is prescribed in the latest decree, or 500 fully vaccinated patrons or recently recovered (within the past six months). For outdoor areas, the number of people on a SafePass basis rises to 350 but remains 500 for fully vaccinated patrons or recently recovered.

This means festive outings like office parties or New Year’s Eve outings are still possible, as long as protocols are followed. Speaking to a number of different venues in Nicosia, it became apparent that the public is tentative in making plans. Most reported a significant fall in business compared to other years, as nobody is making any reservations too far in advance.

“This has been catastrophic for business,” the owner of tavern Magirisses told the Cyprus Mail, remarking that reservations have been extremely low this year. “[The measures] are impacting people’s mental state for the worst…people don’t enjoy going out as much anymore”.

The bad news is that from December 15, the unvaccinated will not be permitted in any of the above venues plus theatres, stadiums and the like. According to the health ministry, entry will only be granted to anyone aged 12 and over with at least one dose of the vaccine. Those not fully vaccinated will also need to show a negative test. In addition, from December 18, the SafePass of those without a booster will no longer be valid once seven months pass from their second shot.

The manager at Kathodon agreed that the uncertainty around specific measures, particularly to do with the unvaccinated, is bad for business.

“I have no problem letting anyone into the restaurant,” he said, expressing hope the government will reconsider the controversial measure essentially banning them from hospitality venues. “Nobody is really sure what to do when this comes into force,” he continued. “Friend groups are mixed, you know. Not everyone is vaccinated.”

The contradictions don’t end there, as dancing is prohibited in businesses accepting people with a SafePass, but allowed in venues accepting only the vaccinated or recently recovered. This means that nightclubs have been obliged to enforce a vaccinated-only door policy if they want to stay open – which will no longer be up to them as of December 15. A couple of venues that combine dining and dancing told the Sunday Mail that they have been operating on a vaccinated-only basis since the measure was introduced so as not to complicate things. “It’s a calculated risk,” a bar manager said.

Of course, all of this could be temporary, as there’s still time for the government to change the measures when the decree is reviewed on December 17. This was what happened last year during the Christmas period, when tougher restrictions were imposed as Christmas approached, keeping everyone at home. Most notably, these included a curfew between 9pm and 5am, extended to 11pm for Christmas Eve and 1am for New Year’s Eve. As daily cases crawled towards a thousand, restaurants and bars remained closed while people could only gather at homes in tens.

For as long as I can remember, my family has gathered at my grandparents’ house for a Christmas day feast. Last year, for the first time in my life, I didn’t get to see them, or my aunts and uncles due to the restrictions. And this has been a universal experience, at least for big fat Cypriot families who simply did not fit the cautious 10-person limit.

For now, at least, things are looking a little more optimistic, with the latest decree allowing up to 20 people to attend gatherings at homes and no mention of a SafePass requirement. “It will be nice to be able to see my cousins this year,” 17-year-old Constantina said, explaining that last year most of her cousins, who are students abroad, didn’t even come to Cyprus for the holidays.

My grandmother, meanwhile, is already baking up a storm and planning the day’s menu. “It didn’t feel like Christmas last year,” she told me before handing me some melomakarona she excitedly baked way too early.

Like everyone, I’m hoping that if the rules change from the 17th on, it will be in our favour – but if the last two years have taught us anything, it’s that things can change dramatically in a matter of days.

Cyprus’ broken balance sheets and the depletion of equity