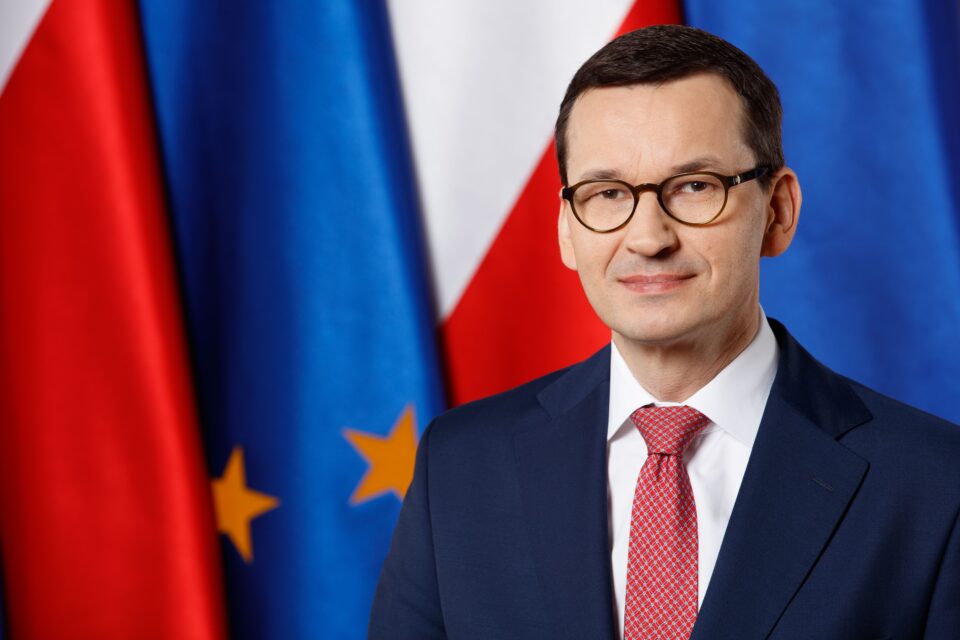 Another summit of the European Council is being held today, December 16. This time there will be an important debate on energy policy and climate issues as part of the discussion on post-pandemic economic recovery. This debate has a direct bearing on the daily lives of millions of Europeans. One of the issues at stake is the creation of new, stable jobs and ensuring that rising fuel and energy prices do not ruin the budgets of millions of families, including the inhabitants of the Republic of Cyprus.

We are witnessing a massive energy crisis and, if we do not take appropriate action, it will be the ordinary citizens who pay the price. Yet, they are not the ones to blame for the crisis. Russia and the monopolistic blackmail of the Russian Gazprom are to blame for it for the most part. How else can we explain the reduction in gas supplies to Europe and the manipulation of fuel prices? How to explain the pressure around Nord Stream 2? And finally, how to explain the redeployment of Russian troops on Ukraine’s eastern border? As a result of this multi-level game played by Vladimir Putin, gas prices have recently soared up to 10 times. And now, as you read these words, we are all feeling these price spikes to our cost.

This is reason enough to speed up the energy transition and thus become independent of the unpredictable and aggressive policy of the Kremlin and Gazprom. However, we are in danger of Europe going out of the frying pan and into the fire. If the concept of a just energy transition is replaced by the current irrational logic of the EU emissions trading system (ETS), we will all pay twice.

The EU ETS was intended to be a CO2 emissions trading scheme that would provide an economically rational and socially acceptable way to reduce greenhouse gas emissions. However, CO2 emission allowances quickly became financial instruments in the hands of wealthy investors. The current EU ETS concept is susceptible to speculative mechanisms and is being used to inflate the price for emissions trading artificially.

This is not pessimism; this is the hard reality. In 2016, the price of CO2 emission allowances was around €6 per tonne. It has now reached almost €90. This is a 15-fold increase in five years. The money companies should invest in the green transition is needed to cover ever higher emission prices. If we do not stop this uncontrolled speculation, planning and effective implementation of climate goals may prove impossible.

It is worth remembering that Europe is made up not only of different languages and cultures but also different economies. The countries that were controlled against their will by the Soviet Union after the Second World War did not have the same development prospects as the countries of western Europe. The countries of central and eastern Europe are now hold doubly in check. The high price of CO2 allowances is causing economic destabilisation, and this, in turn, is hindering the implementation of EU climate policy.

Despite this, we are actively participating in the green transition. Today, no one needs convincing that RES investments are worthwhile. Certainly not Poles, who are currently experiencing a photovoltaic boom. Moreover, the Polish government has recently adopted a hydrogen strategy. And we are working on offshore wind energy and preparing to introduce nuclear power in Poland.

Today, Europe cannot afford to make a mistake. We have been facing the greatest economic crisis for almost 100 years. Our primary task now should be to regain stability after the pandemic. Letting energy bills hit European citizens’ pockets will only make matters worse.

Therefore, on the eve of the European Council, I appeal for reform of the EU ETS. This scheme was created to encourage investment in renewable energy sources, which were then significantly more expensive than conventional ones. Today things are different. The revolution in the market for renewable energy sources gives us opportunities to produce energy cheaply and cleanly. The EU ETS must take into account the current economic situation and not reinforce the status quo of investors for whom climate policy is just an opportunity to make a fortune.

The EU ETS is no longer promoting the fair and equitable implementation of climate targets but becoming a caricature of these goals. Instead of promoting sustainable development, it makes the poor even poorer and the rich even richer. The truth is that the richest 1 per cent of the population is responsible for 17 per cent of global CO2 emissions. The latest World Inequality Report 2022 confirms this. The European Union as a whole accounts for just 8 per cent of global CO2 emissions. Even the greatest mobilisation on the EU’s part will not reverse the global trend if the notorious CO2 emissions ranking leaders do not seriously engage in climate action. We will at most resemble people who use oars to stop a speeding steamboat.

If we do not change our attitude, we will only look at a weakening Europe instead of a recovering environment. Yes, we will be a continent of noble ideas, but they will remain impossible to implement. Then it will turn out that we have not protected the planet but allowed it to become an arena for ruthless competition and domination, an arena for the struggle for influence. And Europe’s place will be on the margins of development. The price of this lack of common sense will be paid above all by ordinary European families in Poland, Germany, France, Spain, the Netherlands and every other country in Europe.

That is why, on December 16, Poland will be making a loud appeal for an end to unsettled trading in CO2 emissions. This is one of the last moments to put things right. It is high time to say ‘stop’ to political greenwashing.

Our View: Pournara camp is tragic but blanket criticism not the answer