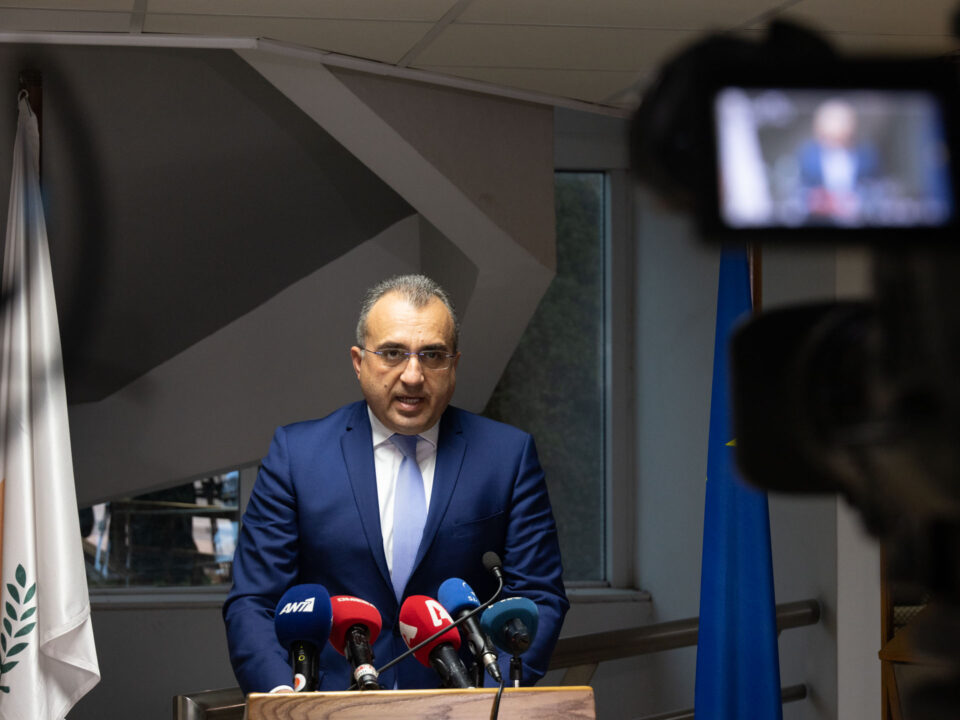 Weekly tests, delayed reopening of schools and halving of the period for the recovery certificate are among measures announced on Tuesday afternoon by the health ministry to slow the spread of Covid-19.

With Christmas coming up, the number of people permitted at house gatherings remains at 20 but the ministry advised people to secure negative Covid-19 tests before attending.

Following criticism from many members of the advisory team, Hadjipantelas was keen to point out that the latest round of restrictions was taken with unanimous support from the team.

Specifically, school reopening has been pushed back to January 10 (instead of January 7) and all members of staff and students must present a negative test (PCR test 72 hours/rapid test 48 hours) when going on the first day.

From Wednesday, December 22, all those going to work must undergo a weekly Covid-19 test (PCR or rapid test are valid for the entire seven days). People who have received a booster dose are exempt from this requirement.

Elsewhere, the validity period of having recovered from Covid-19 for purposes of a SafePass is to be halved; from six months to three months. This is set to come into force from January 31, 2022.

From Wednesday, December 22, and up until January 6 children aged 12-17 who are unvaccinated are permitted entry to places such as bars, cafés, restaurants and weddings provided they are accompanied by a parent/guardian who is vaccinated. The minors must also have a negative test (PCR or rapid) taken within the past 72 hours.

Finally, it was stated that the measures which are enforced at care homes (for the elderly or otherwise vulnerable) will also be brought in for visitors and staff of day-care centres.

In announcing the new measures, Hadjipantelas said that the public must remain positive but drop the “me” and instead think in collective terms, “us”.

“We recognise the superhuman efforts undertaken by the doctors, nurses and scientists to beat the invisible threat,” the minister said.

He further noted that while infections are rising – along with hospitalisations – there are reasons to remain upbeat, such as the high numbers of booster doses being administered.

Hadjipantelas emphasised that in the last ten days 71,111 people received a third shot, while a further 11,813 received their second. Another 8,390 people got their first jab.