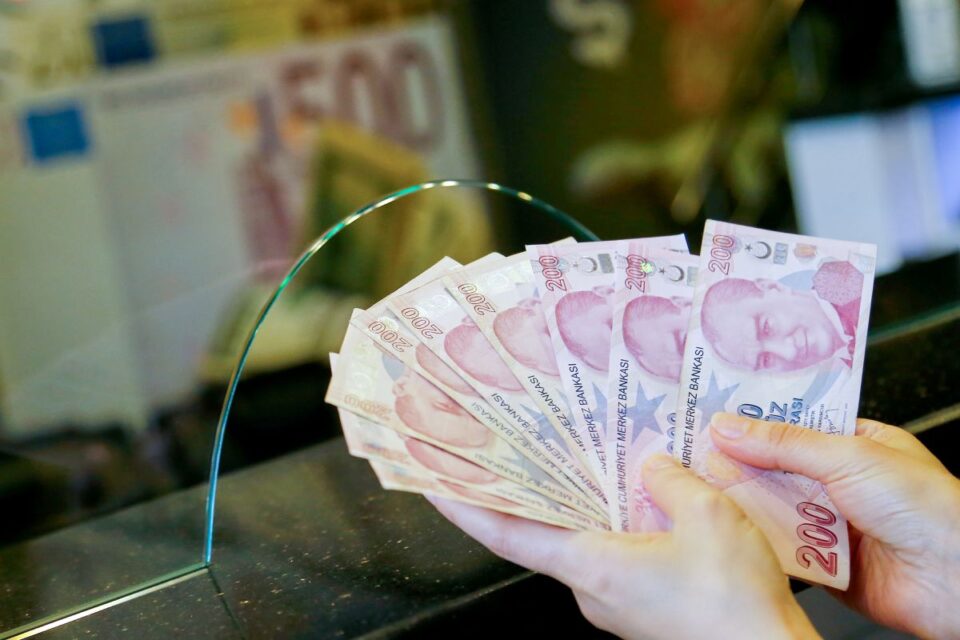 Erdogan introduced a series of steps late on Monday that he said will ease the burden of a weakened currency on Turks and encourage them to hold lira rather than dollars.

Under Erdogan’s plan, his government promised to guarantee deposits in lira, sending the currency soaring some 25 per cent, its biggest intra-day rally on record, at one point on Monday.

The Turkish currency, which has lost 44 per cent of its value against the greenback this year, initially strengthened on Tuesday to a daily high of 11.0935 versus the dollar, later weakening to 14.3885 before swinging back to 12.6 at 1018 GMT.

The government has pledged to pay the difference between the value of savings in lira and equivalent dollar deposits.

More than half of locals’ savings is in foreign currencies and gold, according to central bank data, due to a loss of confidence in the lira after years of depreciation.

The lira has plunged to record lows this year over fears of an inflationary spiral brought on by Erdogan’s push for monetary easing. At its low, it was down some 60 per cent on the year.

Alpaslan Cakar, head of the Turkish Banks Association (TBB), said the Treasury would meet the costs of the measures, which could prove an expensive and inflationary initiative.

Some $1 billion was sold in markets after the announcement, Cakar said. Calculations by three bankers estimated around $1-1.5 billion in savings were converted to lira.

A source with knowledge on the matter said the measures were decided after the exchange rate hit “problematic” levels, adding the government would manage the coming period carefully.

“The dollar and euro had risen up to the point of forming a bubble really. This needed to be intervened in. This situation was not sustainable,” the person said, requesting anonymity.

Finance Minister Nurettin Nebati said details of the new economic scheme would be announced at 1100 GMT.

Turkey’s five-year credit default swaps , the cost of insuring against sovereign default, jumped to 613 bps, the highest since May 2020, according to IHS Markit.

Meanwhile, one month implied volatility in the Turkish lira jumped to 63 per cent, its highest on record.

A senior banker said infrastructure and regulation would have to be introduced before the deposit guarantee measure could be implemented, adding it was not clear how the extra money given by the government to the deposit holder would be taxed.

‘MOTHER OF ALL RALLIES’

While the government called the lira’s rebound on Monday a major win on policy, economists have said Erdogan’s economic programme based on low interest rates is reckless and expect inflation, currently above 21 per cent, to blow through 30 per cent next year.

Under pressure from Erdogan, the central bank has cut rates by 500 basis points since September. The president has pledged to continue with his low-rates policy, including on Monday.

Some economists have said the new measures are effectively veiled rate hikes that may not ultimately stem the selling pressure on the lira, while putting a strain on the Treasury.

“It can have dangerous consequences,” said Refet Gurkaynak, head of Bilkent University’s economics department, in Ankara.

Jeffrey Halley, senior market analyst, Asia Pacific, OANDA, said it remained unclear how the government would carry out the new measures “especially in a short time”.