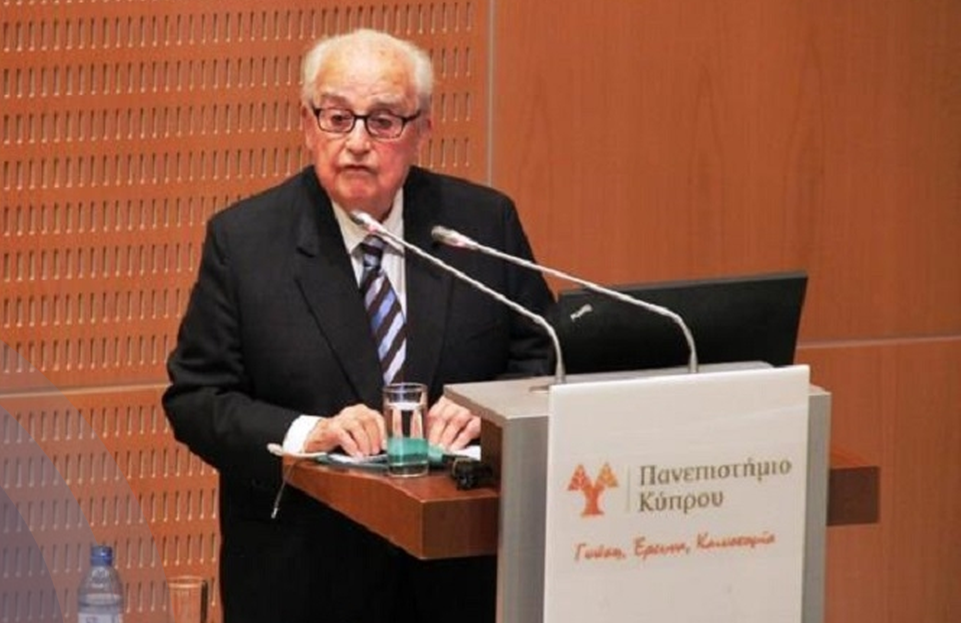 Tributes have been pouring in for eminent Cypriot archaeologist and Emeritus Professor Vassos Karageorghis who died on Tuesday at the age of 92.

In an announcement on Wednesday, the University of Cyprus bade farewell to Karageorghis, the first Professor of Archaeology in Cyprus and the founder of the Archaeological Research Unit of the university, recalling his “impressive discoveries” during excavations he led, such as the royal necropolis of Salamis, the monumental temples of Kition, the settlements of the Late Bronze Age in Pyla and Maa, and many others.

“Hard-working and tireless, charismatic, with unparalleled leadership skills, generous, resourceful and imaginative, a man of works and deeds, a profound connoisseur of Cypriot, and not only, archaeology,” it added.

The education ministry, the Cyprus academy of the sciences, letters and arts  — of which Karageorghis was a founding member, political parties and other bodies paid tribute to the archaeologist.

“Visionary, with deep knowledge of Cyprus archaeology, a tireless worker of the spirit, he leaves behind immortal work,” the ministry said.

The University also noted that Karageorghis had great vision for the promotion and study of the cultural heritage of his country, a man of high education and paideia, with an unsurpassed scientific and academic output.

This work includes an “unsurpassed high number of publications, monographs and scholarly articles, and the many lectures he gave abroad on subjects of Cypriot archaeology.” He published more than 125 books in various languages, and more than 485 articles, which were widely read.

He succeeded in elevating and promoting the status of Cypriot archaeology at an international level, the university said, but “the biggest battle he fought, and won, was the promotion of Cypriot Archaeology within the international scientific community.”

Born in 1929 in Trikomo, Karageorghis studied archaeology at the Institute of Archaeology of the University of London (1948-1952). He received his doctorate from the same university in 1957. After completing his studies, he returned to Cyprus and began a “brilliant” career as an archaeologist at the Department of Antiquities, which he served for 37 years. In 1963 he succeeded Porphyrios Dikaios as the Director of the Department of Antiquities of the newly established Republic of Cyprus. He held this position until his retirement in 1989.

During this period, the university said, many monuments of Cyprus were uncovered and brought to the fore during his leadership, while archaeological museums were established in all districts of the island.

Karageorghis invited eminent foreign archaeologists to conduct excavations in Cyprus. “In turn, these archaeologists expanded the archaeology of our island even more, taught it in their universities and discussed it in international conferences and scientific publications, consolidating its international character and orientation.”

“Many colleagues remember the warm hospitality he always extended together with his wife Jacqueline Karageorghis, herself also a prominent archaeologist,” the university said.

Karageorghis also organised a series of international scientific conferences that dealt with a wide range of topics and brought distinguished archaeologists from all over the world to Cyprus.

From 1989 to 1992, Karageorghis served as an advisor to the President of the Republic of Cyprus, George Vasiliou.

From 2013 to 2019 he was an Associate Professor at the Cyprus Institute. In 2016 he was appointed as one of the four founding members of the Cyprus Academy of Sciences, Letters and Arts, of which he became, in 2019, one of the four Transitional Regular Members.

He was widely recognised and received the highest awards by many universities and research institutes, as well as by foreign Academies.

The University of Cyprus said it “owes him a lot and will always recognise the legacy he leaves behind.”