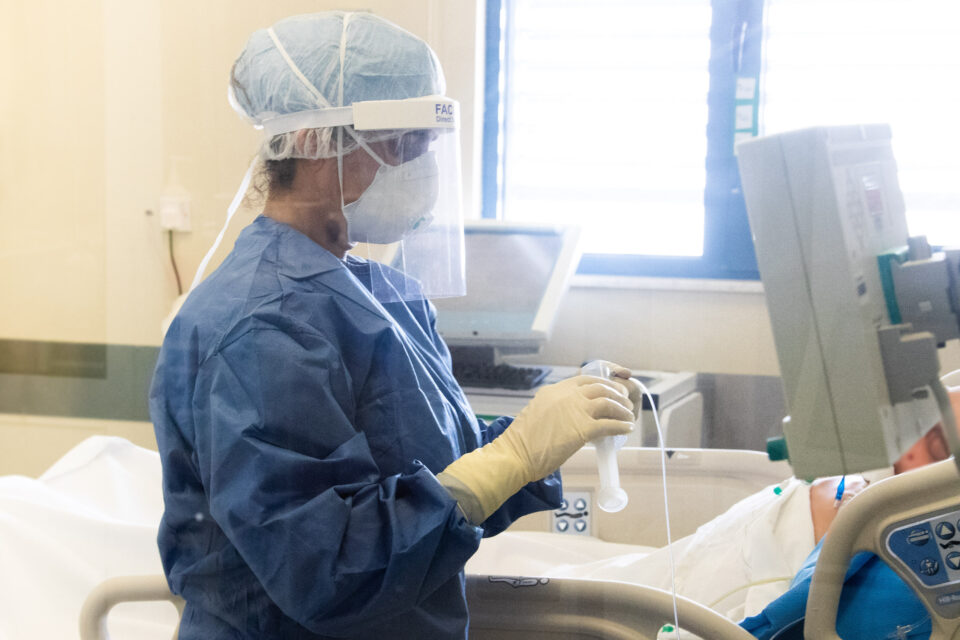 Members of the government’s coronavirus advisory team warned of a further rise in daily cases on Tuesday after Monday’s record-breaking spike, which saw them shoot up to nearly 2,000.

As a result of the number they will hold an emergency meeting with Health Minister Michalis Hadjipantelas on Wednesday.

Speaking to the Cyprus News Agency (CNA), Professor of Microbiology/Molecular Virology at the University of Nicosia Medical School Petros Karayiannis said that Monday’s figures were “somewhat surprising after the previous day’s 900,” adding however that this might also be due to the increase in tests.

“However, even with a high test rate we would not have expected cases to almost get to 2,000”.

Karayiannis said this new surge might not stop if we are not cautious, but added that a few more days are needed to determine how the curve will move.

Asked whether Wednesday’s meeting will result in changes to the current measures, he remained tight-lipped, only saying that “we cannot leave things as they are,” and that all options will be discussed.

He also commented that the dramatic surge in cases can most likely be attributed to the Omicron variant, as it has not translated to hospitalisations despite cases remaining quite high for a long time.

Karayiannis added that the relatively low hospitalisation rates at the moment could also be attributed to the high percentage of booster shots among the population.

Fellow member of the advisory team and lecturer in paediatrics at the European University’s School of Medicine Zoe Dorothea-Pana said any decisions made during a surge should not be guided by panic.

“I say this because yesterday’s announcement has caused a general unease,” she said, adding that staying vigilant must be paired with reason and organisation.

Pana said we must not ignore Monday’s cases came from nearly 120,000 tests with a positivity rate of 1.7 per cent.

At the same time, she added that experts had foreseen a surge as a result of both Delta and Omicron, but could not predict when exactly it would happen.

“It is important to monitor how numbers move in the next few days, because as we have seen from other countries we could be seeing numbers double in two or three days”.

Alongside the number of cases, she said we must also look at immunity rates among the population,” and if and how booster shots have helped build it, “while also evaluating the seriousness of Omicron to understand its impact”.

As regards the government’s consistent push for the public to get vaccinated, Pana said vaccinations remain the primary weapon against the virus, both on a personal and public level.

“We get vaccinated firstly to protect ourselves,” as at best a vaccine can prevent serious symptoms, hospitalisation and even death, but this also means we decrease pressure on hospitals, she added.

At the same time, Pana emphasised the importance of a system that works simultaneously to monitor and prevent the disease from spreading, as not everyone is vaccinated.

The mildness of the symptoms caused by the Omicron variant might result in people who have the virus unintentionally infecting others, she said.

“Personal responsibility is also key, which is why we have seen many countries promoting measures like regular testing, social distancing and even double masking”.

Meanwhile, Professor of Genetics at the University of Cyprus Constantinos Deltas said that cases were expected to rise even more as the virus is on the move.

“The issue now is finding out how many will end up in hospital,” he said.

Deltas said that the virus is clever as it can bypass our immune system’s defences, despite the antibodies vaccines help us develop. “The virus can still infect us. It’s nobody’s fault, it’s just Covid’s nature.

“I’m sure it was a surprise for many to hear we needed a third dose of the vaccine, and that we may need a fourth one, a fifth one, and so on,” he added.

“It was also interesting to observe that after the second dose, antibodies peak in the first three months and then fall abruptly,” he finally said.

Coronavirus: Pop up vaccinations centres to operate for children