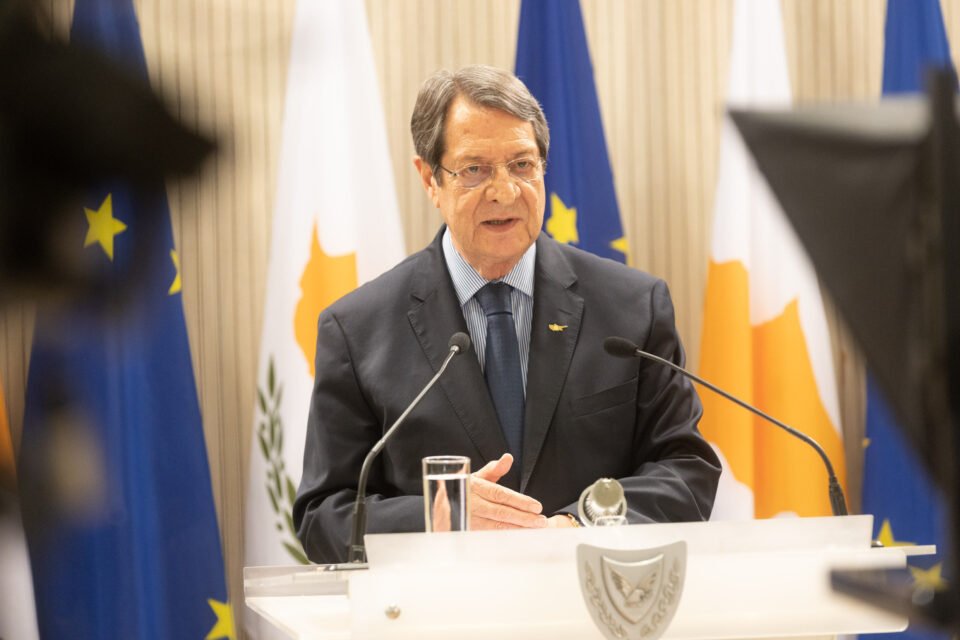 President Nicos Anastasiades has expressed optimism that the new year ahead will be one of “creativity and hope”.

In his televised address for the New Year, the president referred to the pandemic, the Cyprus problem but also his plans for the rest of his term.

Anastasiades said 2022 will be the last year of his presidency and wants it to be “just as bold in decision-making but also creative and beneficial for our people and country.”

“My goal is to complete a series of reforms that will lay the foundations for tomorrow’s Cyprus,” he said.

These reforms, he said, concern updating the judicial system, civil service, local government, further promoting digital transformation, and the enactment of a series of laws that will ensure transparency, accountability and the most effective fight against corruption.

“It will be a year when fiscal stability will be strengthened, the general health system will be shielded, but also when policies that will guarantee the welfare state we have built, will be completed,” Anastasiades said.

The new year will also be one of further development of the country’s energy programme, but also of completion or foundation of major development and emblematic projects that will ensure a better quality of life for citizens.

The president also referred to the pandemic, which, he said, “continues to threaten the life and health, economic survival and prosperity of citizens, health systems, but also the fiscal stability of countries.”

“From the bottom of my heart I wish each and every one a speedy recovery, but also faith, strength and courage to those who suffered the heaviest blow of the pandemic,” he added.

The president also expressed his gratitude to the front-line professionals who struggle, away from their families, to save lives.

“The state and society as a whole, are grateful and thank you,” he said.

Anastasiades said that, as a new pandemic wave sweeps one country after another, Cyprus can again be a “successful example of dealing with and managing the crisis”. What is required, he said, is individual and collective responsibility, and social solidarity.

“That is why I appeal to each and every one of you: follow the instructions of our distinguished scientists. Follow the vaccination schedule and strictly follow the protection protocols,” he said.

Anastasiades also said that yet another year has passed without any progress on the Cyprus problem. He reiterated his determination and insistence for a functional and viable solution to the Cyprus problem “that will reunite our homeland and rid it of the occupation army or any dependence on third countries.”

Ending his address, he expressed optimism, that “despite the trials we are going through, the new year will be one of creation and hope.” This, he said, was guaranteed by the determination, will and perseverance of the Cypriot people.