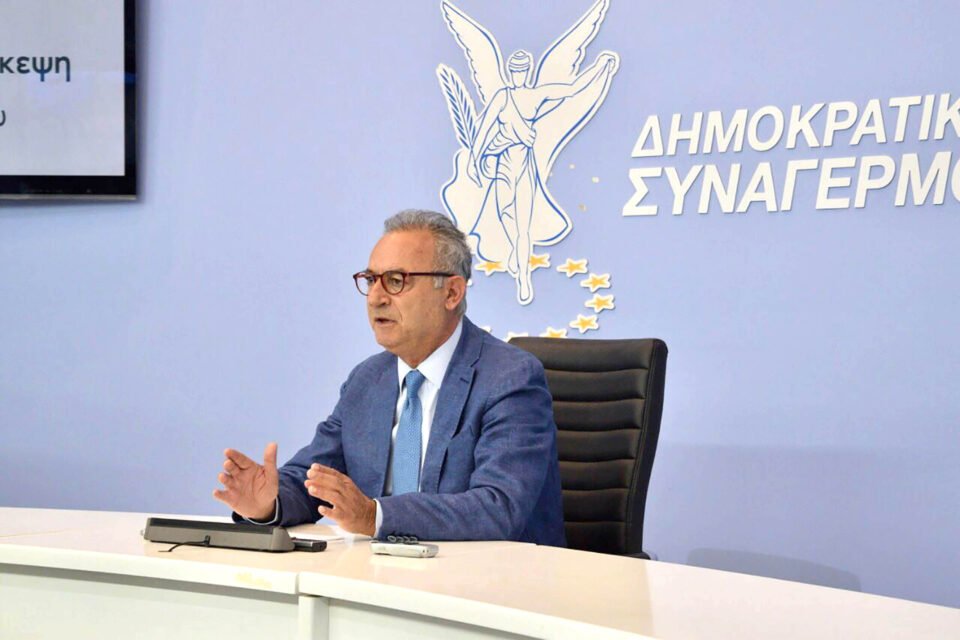 Disy president Averof Neophytou on Friday upped the pressure on Foreign Minister Nikos Christodoulides to declare his intentions regarding the 2023 presidential elections with a surprise move that effectively refers the choice of candidate to the party base.

The party is due to initiate the process on Monday when persons interested in running for president on the party ticket should submit their candidacy, with the nomination to be decided by an electoral congress in March where approximately 1,800 delegates vote by secret ballot.

Neophytou has already announced that he will seek the nomination. But despite persistent rumours, Christodoulides has refused to show his hand amid speculation the minister is eyeing an independent run that could split Disy.

Disy has already brought forward its nomination procedure in what was widely seen as an attempt to smoke out Christodoulides who has been seen as engaging in ‘covert campaigning’.

Friday’s announcement is interpreted as tightening the screws still further. In an unscheduled press conference, Neophytou announced that he would resign from the party presidency should Christodoulides submit his candidacy and the party base can then elect a new Disy president who will automatically be the nominee for the presidential elections.

In his remarks, Neophytou said Disy has faced a “war of rumours” and “a dark” battle being conducted so that some people can avoid any confrontation with clearcut, democratic, political terms, avoid taking a public position so as to simultaneously straddle two boats – party legality and an independent anti-systemic course.

The overriding objective of this effort is to blackmail Disy under the threat of it splitting, he said.

He went further, saying he was aware that some people accused him of controlling the party machinery and this was why Christodoulides was avoiding contesting the nomination

This was an insult to some 2000 delegates and it was in this forum that previous challengers had been decided. However, Neophytou said wanted to see the issue as an opportunity as he could not accept being president of a party if at the same time it is disputed whether he is worthy and acceptable as a candidate by the party base.

This was why he was proposing to Christodoulides to follow the advice of party founder Glafcos Clerides and let the ballot box serve as the most valid opinion poll.

If Christodoulides submits his candidacy on Monday, Neophytou said he would immediately resign from the party presidency and declare an extraordinary electoral conference to elect a new president by its some 51,000 members. The winner of the inter-party elections will be both president of the party and its candidate for the presidential elections.

Neophytou said such a procedure would give him the opportunity to confirm the support of the party base. And it will give Christodoulides the chance to contest a position of leadership and responsibility, essential for whoever wishes to seek the top position in the Republic.

But above all it will finally allow for positions to be heard – a thinly veiled swipe at Christodoulides that his positions on a number of issues remain unknown.