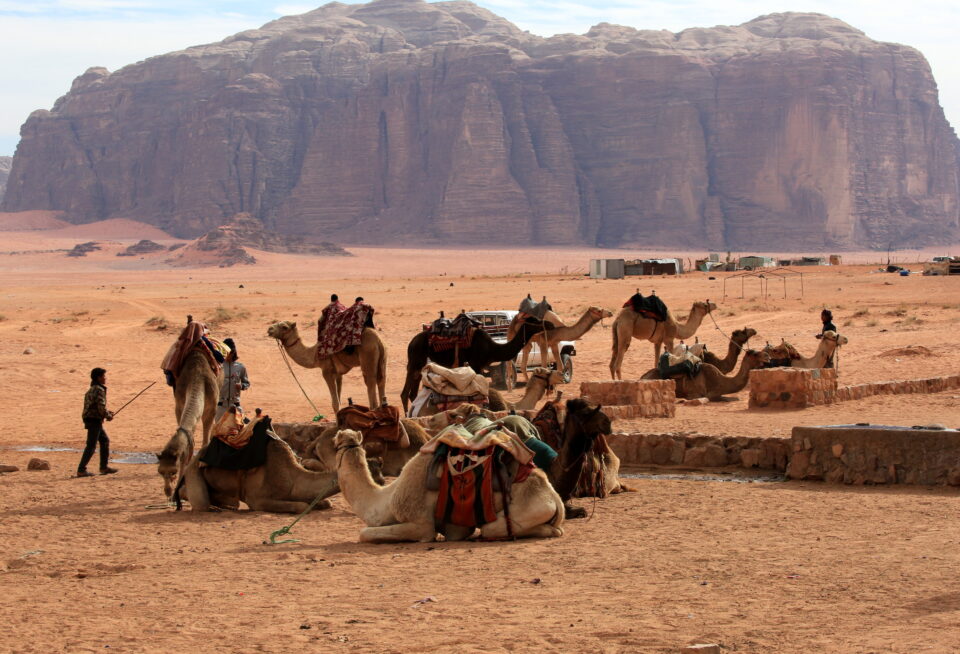 Jordan’s adaptation needs, from dealing with water scarcity to transitioning to climate smart agriculture, are great

November last year was a pivotal moment for the planet, as the countries of the world gathered in Glasgow, UK, for the UN Climate Change Conference, COP26. After two years of marathon work and a two-week sprint of negotiations, we achieved our aim and almost 200 countries agreed the Glasgow Climate Pact. By any measure, this is a historic agreement and one of which all 197 parties can be proud. We can credibly say that we kept in reach our goal of limiting global warming to 1.5C above pre-industrial levels in reach.

COP26 was the biggest political gathering of any kind held in the UK. Glasgow hosted representatives from 194 countries, 120 world leaders, with 38,000 accredited delegates in attendance.

From outside, the negotiations may have appeared incredibly technocratic. But so much was at stake. They were about protecting the lives and livelihoods of those on the frontline of the climate crisis. And shielding future generations who, if we fail, will be condemned to live in a dangerous, uncertain and depleted world.  As the Barbadian Prime Minister Mia Mottley said at COP26, for small island states, “1.5 is what we need to survive. Two degrees is a death sentence.”

Science tells us the world is already on average 1.1C warmer than in pre-industrial times and we can see the acute effects of this on millions of people. Extreme weather is on the rise across the world and climate change does not recognise national borders.

The global co-operation we have seen in this COP process should give the world hope. There may have been some disagreements but in a world of fractured global politics, countries showed a unity of purpose on climate. There was growth in trust between nations and a genuine determination to reach agreement.

Driven by the latest science, our Glasgow Climate Pact recognises the gulf between where countries are on commitments to reduce emissions and where we need to be. It emphasises the urgent need for faster action. And it commits countries to revisit and strengthen their 2030 emissions reductions targets where necessary in 2022.

For the first time, the pact commits countries to a plan to move away from coal power and inefficient fossil-fuel subsidies. And after six years of discussions, it finalises the outstanding elements of the Paris rulebook – the rules governing the Paris agreement on climate change signed in 2015 – the resolution of which will unleash its full potential.

The pact also makes progress on finance for climate action, on adaptation, to protect people and nature from the effects of climate change, and on loss and damage resulting from the climate crisis. All vital issues in the fight against climate change.

Outside the negotiating halls, at COP26 we welcomed announcements of net zero targets, as well as commitments that accelerate the move to clean power and clean cars, put the brakes on deforestation, and that increase the finance flowing to climate action. These valuable agreements, alongside our Glasgow Climate Pact, begin to fill in the details of how we will pick up the pace in response to the immense global challenge of climate change to keep the 1.5 degree limit alive.

For example, with the commitments made in Glasgow, net zero targets now cover 90 per cent of the world’s economy, up from 30 per cent at the start of the UK taking on COP26. Or that we welcomed initiatives like the $8.5bn Just Energy Transition Partnership with South Africa supporting the move to clean power, and witnessed countries home to more than 90 per cent of the world’s forests pledge to halt and reverse forest loss.

We also saw the highest single mobilisation to the Adaptation Fund, which enables communities most vulnerable to climate change to protect themselves. Jordan’s adaptation needs, from dealing with water scarcity to transitioning to climate smart agriculture to planning for extreme weather events, are great. We will do all we can to support Jordan to access the Adaptation Fund to make the changes necessary to mitigate the worst impacts of climate change.

Glasgow was a historic collective achievement, but it is a fragile win. We can say with credibility that the 1.5C limit lives. But its pulse remains weak. It is up to every country now to protect and strengthen it over the coming years.

That is why the UK’s work as the COP26 presidency is really only just beginning. Over the course of this year, we will work with countries, urging them to take action and honour their promises set out in the Glasgow Pact to increase climate ambition to 2030 and beyond. There is no formal policing process in the UN climate change system, and so we must keep up the constructive pressure, and build on the trust and goodwill generated through COP26.

We must grasp this moment. The world must now step up and take further action on finance, on adaptation, and on 1.5C. We owe to people on the frontline of climate change, and to future generations, to deliver what we agreed in Glasgow.

Alok Sharma was the president of COP26 in Glasgow in November