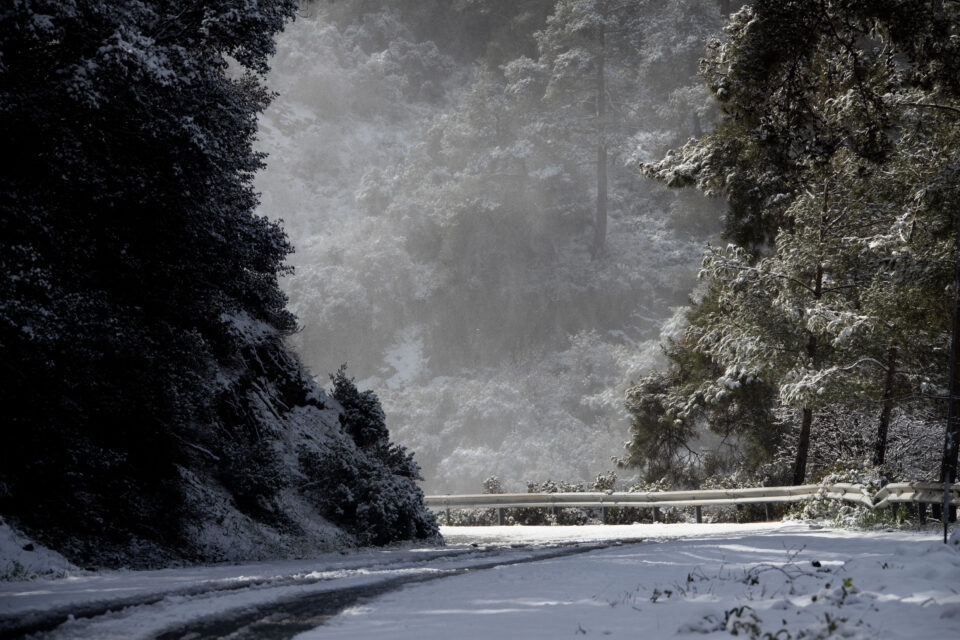 Roads leading to the mountains remain closed due to snow, police said on Thursday, adding they had rescued eight drivers trapped in the snow

In a warning to drivers over slippery roads, police said they needed to intervene and provide assistance to eight vehicles that were trapped in the snow.

In one of these cases, a car with a family inside was trapped on the Platres-Troodos road and police transferred the passengers with a patrol car to the hotel where they were staying in Platres, the announcement said.

“Drivers using the above roads are advised to exercise extreme caution and drive at low speed to avoid road collisions,” police said.

The snow on Thursday morning reached a depth of 75cm at the highest peak of Troodos, as temperatures fell to -9C, KitasWeather reported.

In most of the mountains, snow reached up to 1-5 cm, while in hills where there was some light snowfall, snow does not exceed 1-2 cm.

A yellow weather warning is in force until 10pm on Thursday for extreme low temperatures.