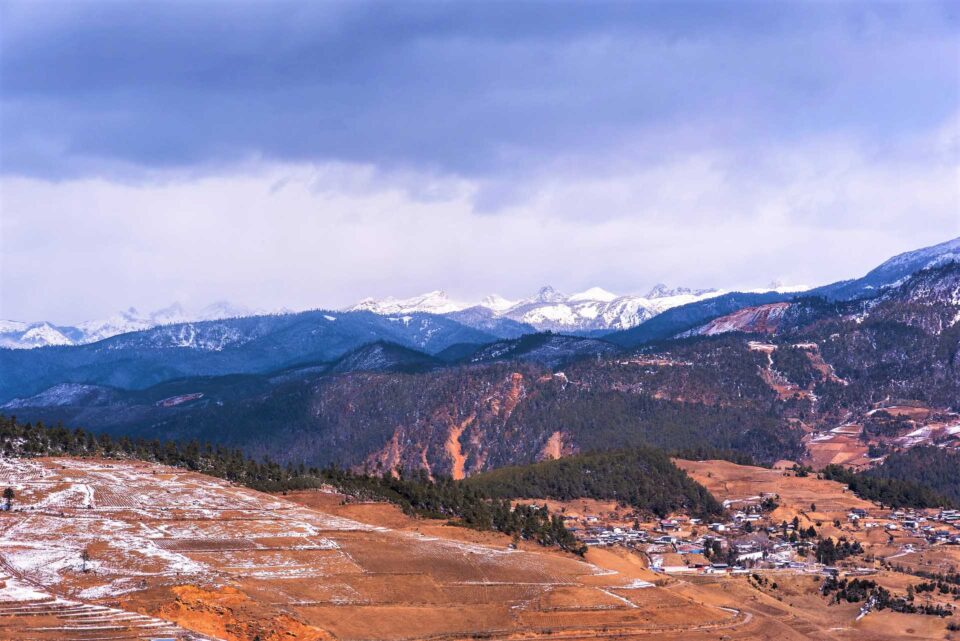 In mountainous Yunnan, on the banks of Lugu Lake, is ‘The Kingdom of Women’. Here, the Mosuo tribe are China’s last matrilineal society: women wield the power, passing property and finances from mother to daughter. And ‘walking marriage’ (in which one woman may have several husbands who reside in their own home but may walk to their wife’s home at night if in favour) is still common.

Unusual? Yes, by western standards. But then China’s most south-westerly province is noted for its wide ethnic diversity, and the unique customs of its multi-cultural residents. The Bai are known for their love of the colour white: white clothes, white decorations, and white homes are favourite. And the Naxi people are noted for their mysterious pictographic writing and shamanistic beliefs. In fact, the sometimes the only thing these groups have in common is their location. And, perhaps, their foods…

A little larger than Germany in size, and home to roughly 47 million, Yunnan is not a wealthy place. With an average elevation of close on 2000 metres, level arable land is at a premium; agriculture is restricted to the few upland plains, open valleys, and terraced hillsides.

Rice is the main crop; corn, barley, wheat, rapeseed, sweet potatoes, soybeans, sugarcane, tobacco, and cotton are also grown. But the region is best-known for its tea (once part of the Ancient Tea Horse Road, Yunnan was one of the first tea-producing areas in China) and coffee (especially catimor, a high-yield variety with a nutty, herbal taste), both of which are cultivated on a large scale.

Mushrooms also loom large in local cuisine; Yunnan is not just the kingdom of women, but also of mushrooms! Over 800 varieties of edible fungi (164 of which are traded at local markets, including matsutake, jizong, and penny buns) make for many a mushroomy meal. 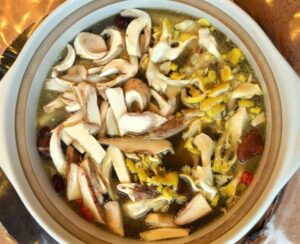 The region’s 24 ethnic minorities share a love of yě shēng jūn huǒ guō, or Wild Mushroom Hot Pot. Usually containing termite mushrooms, matsutakes, and bamboo fungus, this dish is stewed for seven hours, and served hot with sauce and chili. Hóng shāo jī zōng, or Braised Termite Mushroom, is also on most menus. Made from termite mushrooms braised in rice wine, it’s said to nourish the stomach and refresh the mind.

But it’s not all fungi! Other well-known dishes include the sweet and salty qì guō jī, or Steam Pot Chicken, cooked in a special earthenware pot that forces steam through a small hole into a mix of chicken pieces, sliced ginger, and shallots. And guò qiáo mǐ xiàn (Rice Flour Cake) is a versatile, supremely tasty favourite beloved by all. A sort of rice loaf that’s often sliced and fried alongside ham, eggs, and tomatoes, or stewed with Chinese sauerkraut and seasoned with soy sauce, it’s said to be simply delicious! It’s a lucky Mosuo man indeed who rocks up at his wife’s house of an evening to find a little guò qiáo mǐ xiàn on the table!