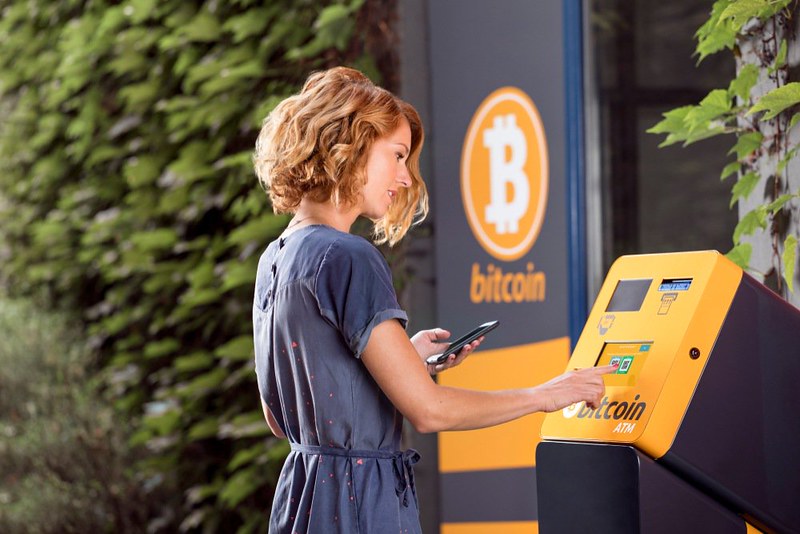 As Bitcoin continues to rise in popularity, consumers are increasingly seeking out ways to buy and sell it. Some go the online trading route, while others opt for Bitcoin ATMs. There are clear pros and cons to both avenues of purchase, and many individuals are finding that one of them works better for them than the other. Bitcoins can be traded online, and you can easily find exchanges out there that take your hard-earned money and offer up Bitcoins. It’s possible to use an ATM to purchase virtual currency, which is more complicated than simply transferring cash from your bank account directly into your Bitcoin wallet.

There are many online exchanges that offer the ability to trade Bitcoins. Some of these websites operate fairly simply, while others can be more complex. It is important to read reviews and pay attention to the overall history of the exchange you are using. Some users have found online exchanges to be a highly effective way to purchase Bitcoins, although there are concerns about security. Physical Bitcoin ATMs are quickly becoming ever more common. The best thing about these machines is that they tend to be highly convenient and accessible. There are machines that can be found locally and others that can be downloaded onto your computer or mobile device. And while they are certainly convenient, there are some concerns over their effectiveness.

The majority of trading platforms cater to Bitcoin traders.

It’s clear that Bitcoin is the frontrunner in the cryptocurrency market. It has more market capitalization than any other. It’s also become much more stable, not to mention easier for beginners to understand and use. And yet, many cryptocurrency traders are still faced with challenges when it comes to choosing a trading platform that can provide them with all of their needs, be it functionality or ease of use. They’re missing out on opportunities because they don’t know where to look for what they need.

Most cryptocurrency traders have grown accustomed to trading on crypto exchanges like Binance. They’re known for their large volumes, high-speed transactions, user-friendly interfaces and above all, instant withdrawals. And yet, as we all know, Bitcoin markets are moving so fast these days that newer platforms will often be faster than the older ones. This can be true even for sites that are designed with traders in mind. Bitcoin is the biggest market, but the cryptocurrency market is much more diverse than that. That’s why new trading platforms seem to pop up on a daily basis. They all want to stake their claim in this highly lucrative industry, but not all of them are as successful as others. Bitcoin Profit is designed to help you make money in the crypto market. With three powerful trading techniques, arbitrage, news and trend analysis it’s easy for anyone to trade profitably with our HFT technology.

How do Bitcoin ATMs work?

Bitcoin ATMs are machines that dispense bitcoins in exchange for cash. They work like regular ATMs, but instead of giving you paper money or a bank card, they give you bitcoins. The machines work with the existing banking system and can be used to withdraw cash in any amount. Bitcoin ATMs are growing in number, and some bitcoin enthusiasts believe they will lead to a financial revolution, becoming almost as ubiquitous as regular ATMs.

The computer runs the bitcoin software and verifies your transaction with the blockchain; the printer prints out your receipt. The main drawback of bitcoin ATMs is that they are highly dependent on internet connectivity. If you are on a trip, for example, you may not be able to access an ATM for several days because of poor cellular service or a down power grid. Today the bitcoin ATMs are mostly installed in urban centres and have a very limited reach. Over time, though, this will change. In most major cities, you can find a bitcoin ATM, and many operators are trying to expand their networks by installing additional machines.

The first bitcoin ATM was installed in Vancouver in October 2013. Bitcoin ATMs were initially developed for small transactions but gradually became more popular with big players; some ATMs are now used for major transactions.

How to use a bitcoin ATM?

Bitcoin ATMs are more commonly known as Bitcoin kiosks. They exist in many parts of the world, but they carry a different meaning than other ATMs. The user of this machine can either purchase bitcoin at it or receive bitcoin from it to be used for purchases or to store on the device.

Bitcoin ATM aims to provide a cost-efficient transaction between bitcoin users, with the ability to exchange bitcoin for cash. Hence, it can be viewed as a centralised exchange of value. It allows people who don’t have enough resources needed to invest in bitcoins and bitcoin traders who do not have enough time or patience to deal with the complicated exchange process.