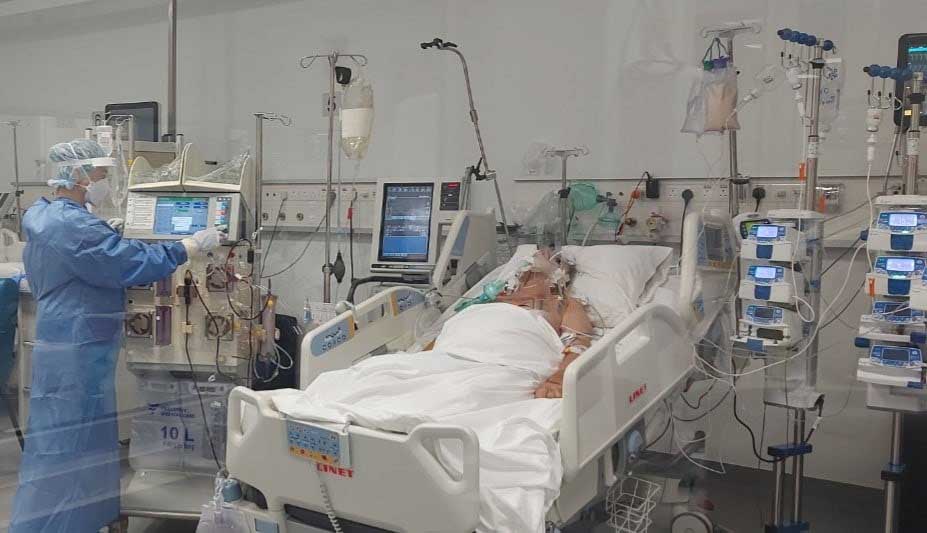 Health officials on Thursday expressed concern over the large number of serious Covid hospitalisations and deaths, as a record number of 70 patients were treated in the ICU in Nicosia, most of them with coronavirus.

The professor of microbiology/molecular virology at the Medical School of the University of Nicosia said that the Omicron variant also causes fatalities, mainly to those belonging in vulnerable groups, and that there is a high number of critically ill patients in hospitals.

And increased hospitalisations are set to continue in coming days as the state advisor estimated the epidemiological situation in the country will improve in about a month.

State Health Services Organisation (Okypy) spokesman Charalambos Charilou echoed his statements, saying there has been an increase in recent days in hospital admissions of elderly people who have not received an anti-coronavirus jab.

The intensive unit at the Nicosia general hospital was treating 70 patients, Charilaou said, of whom 51 concern Covid or post-Covid patients.

According to Charilaou, the pressure on the ICU, is a “natural consequence” because intensive care units are the last to fill up and the last to empty.

“We slowly expect to see a reduction in the number of patients admitted to the ICU,” he added, as numbers have been stable to around 220 Covid positive people at the hospitals per day.

As of Wednesday, there were 224 people in state hospitals with the virus of whom 75 were in serious condition while 34 of them were intubated and four in the ICU but not on the ventilator.

Of those hospitalised, 75 per cent did not have a vaccination history.

There were also 19 post Covid patients intubated in ICUs, the health ministry announced.

January is also considered the second deadliest month during the fourth and fifth wave of the virus, Charilaou said.

The worst month regarding coronavirus fatalities was August 2021 with 95 deaths, while so far January recorded more than 85 deaths, that concerned mainly elderly people, who “in vast majority” are unvaccinated, the official added.

He clarified, however, that the mortality rate for our country remains low, at around 0.4 per cent, which is “one of the best indicators in the countries of the European Union”.

“For us, any loss of human life is tragic, and it is for this reason that we are constantly calling on our compatriots to proceed with vaccination and to observe all those measures, which are recommended by experts,” he added.