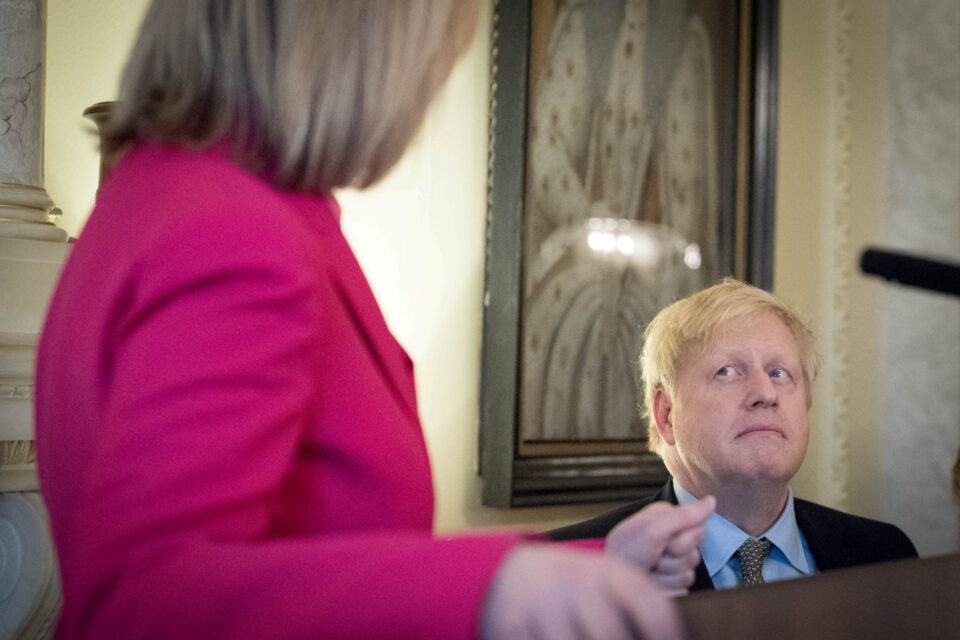 An inquiry into COVID-19 lockdown-breaking gatherings in Downing Street that might determine the future of British Prime Minister Boris Johnson could be further delayed after the police asked for the report to make only “minimal reference” to those events.

Johnson, facing the gravest threat to his premiership over the alleged lockdown-busting parties at his residence and office at Number 10, has so far weathered growing calls to resign over the events, asking for lawmakers to wait for the report.

Led by senior civil servant Sue Gray, it is looking into several allegations that staff, and Johnson, attended parties in Downing Street in breach of the rules they had themselves imposed on the population to fight the coronavirus pandemic.

It had been expected to be released this week but that time scale was derailed when on Tuesday, London’s Metropolitan Police said they had opened an investigation into some of the events to assess whether criminal offences had been committed.

The force has itself faced criticism for initially declining to investigate the allegations.

Officials are working on ways to publish Gray’s report without compromising the criminal investigation, and some lawmakers fear that it will be watered down.

It could, some lawmakers say, also be delayed.

The Metropolitan Police initially said it was wanted minimal reference to events it was investigating in Gray’s report to “avoid any prejudice to our investigation”, but changed its language in a later statement.

“In order to protect the integrity of the police investigation, as is appropriate in any case, and to be as fair as possible to those who are subject to it, the Met has asked for minimal reference to be made in the Cabinet Office report to the relevant events,” Commander Catherine Roper said in a statement, referring to the department which supports the prime minister and helps implement his policies.

“This will only be necessary until these matters are concluded, and is to give detectives the most reliable picture of what happened at these events.”

The police said it had received information it had requested from the Cabinet Office to support its investigation, which would be prompt.

“We have not delayed this report and the timing of its release is a matter for the Cabinet Office inquiry team,” Roper said.

A spokesman for Johnson said the investigation’s terms of reference stated that Gray and her team would keep in contact with the police.

“Again it’s an independent investigation, we haven’t been privy to the details of that investigation or any of its content,” he told reporters.

Gray’s report, which she will deliver to Johnson before it is published and presented to parliament, is seen as crucial to his fate, and he and his ministers have said people should not reach any conclusions before its release.

She is looking into what has become weeks of a steady drip of stories about events in Downing Street, with reports of aides stuffing a suitcase full of supermarket alcohol, breaking a children’s swing and dancing until the early hours.

Johnson’s spokesman has said the prime minister does not believe he broke the law and that Downing Street wants the report to be published as soon as possible.

But officials say the police investigation has complicated the report’s publication because they have to determine what can be left in it and what elements need to be removed. The risk, lawmakers say, is that the most damaging conclusions could be removed.

“From the Met statement, it’s clear that the most serious allegations will not be available for parliament to view and could possibly delay the report further,” said Andrew Bridgen, a Conservative lawmaker who has called for Johnson to resign.

“This does nothing to diminish my view that the prime minister’s position is untenable,” he told Reuters.

Opposition politicians have also demanded that Johnson resign and accuse him of persistently lying.

The Scottish National Party’s leader in parliament, Ian Blackford, said the Gray report must be published in full without any more delay.

“The prime minister cannot be allowed to wriggle off the hook by using the Metropolitan Police investigation as an excuse to further delay or doctor the report.”

But the delay has given space to efforts by Johnson and his supporters to persuade colleagues not to try to trigger a confidence vote in him. Some lawmakers have said they would wait until the report before moving against him.