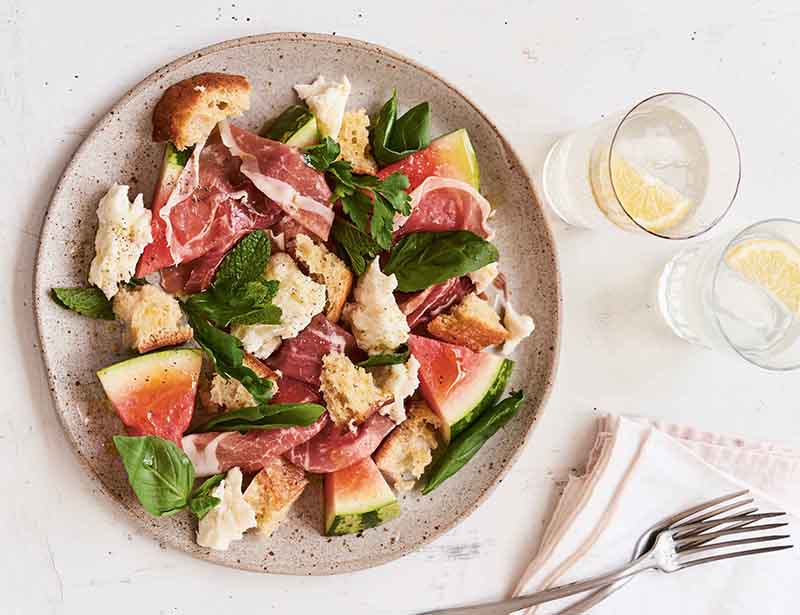 Matt Tebbutt – who studied at the renowned Leith’s School of Food and Wine before working under legends like Marco Pierre White and Bruce Poole – begs to differ.

“Have you ever been to Chick ‘n’ Sours?” Tebbutt asks on a video call from his home in Wales, holding up a beige cardboard tub from which he’s just slurped a speedy lunch. “They’re a bit upscale, but still a pot noodle.”

The Saturday Kitchen host needed a quick foodie fix. He’s got a busy day of promoting his new cookbook, Weekend, then he’s dashing off to London to film another TV series.

“The TV thing just sort of happened by luck,” says Tebbutt, who quit the Michelin-starred kitchens of London to run gastropub The Foxhunter in Wales with wife Lisa for more than a decade, before he was asked to stand in for former host James Martin on the much-loved BBC show.

“The hard bit is remembering it’s on live TV, and not saying something inappropriate or swearing or something like that. Because you do get very relaxed.”

Tebbutt says he get star-struck “all the time” by the famous faces pulling up a pew on Saturday morning – such as “Gary Barlow, obviously. That was great. Who else? Tom Allen. Love Tom Allen. He’s lovely. He’s hilarious.”

The chef’s telly gig also inspired his new book, Weekend, taking readers from Friday nights when you want “something tasty, but you don’t want to be too fussed with it”, through to brunches, big Sunday lunches, and puddings to impress guests.

With the British chef offering his take on everything from marinated roast lamb and French onion soup to dim sum dumplings and South African bunny chow curry, it’s a wonderfully international mix.

Bring a pan of water to the boil then add the halloumi, still in its plastic packet. Turn down the heat and let the cheese simmer for 20 minutes to warm through and soften. Remove from the water and allow to cool before opening.

While the halloumi is cooling, put the bread chunks in a bowl and drizzle over the sherry vinegar and two tablespoons of the olive oil. Allow to sit and soak for 10 minutes, then toss together. Drizzle the remaining olive oil over the watermelon and season with salt and pepper.

Arrange the watermelon chunks on a serving dish, lay the ham slices on top, then scatter over the mint, basil and parsley. Open the packet of halloumi and drain off the liquid. Tear the halloumi into chunks and add to the salad to serve.

Zest and juice of ½ lemon

To make the pastry, put the flour, spices and sugar in a mixing bowl. Rub in the butter using your fingertips until the mixture has the consistency of breadcrumbs. Add the egg yolks, mixing well with a wooden spoon to just bring the pastry dough together. Wrap the dough in cling film (plastic wrap) and chill for at least one hour in the fridge.

Cut off one third of the chilled pastry and set aside.

Lightly dust the work surface with flour and roll out the larger piece of pastry to a three millimetre thickness and use it to line a 23–25 centimetre tart tin.

Make the lattice for the top by rolling out the reserved pastry on a floured surface to a three millimetre thickness. Cut it into 12 strips of 25 centimetres long and about one centimetre wide.

Use the apricot jam to fill the pastry case and lay the pastry strips over the top to form a neat lattice pattern. Trim the edges.

Put the raspberry jam in a bowl with the lemon zest and juice, mix well, then transfer to a piping bag fitted with a plain nozzle.

Pipe the jam into alternate squares of the lattice top. On each square of the lattice now filled with jam, place a blanched almond for decoration. Bake for 25–30 minutes, or until the pastry is crisp and golden brown. Leave to cool in the tin.