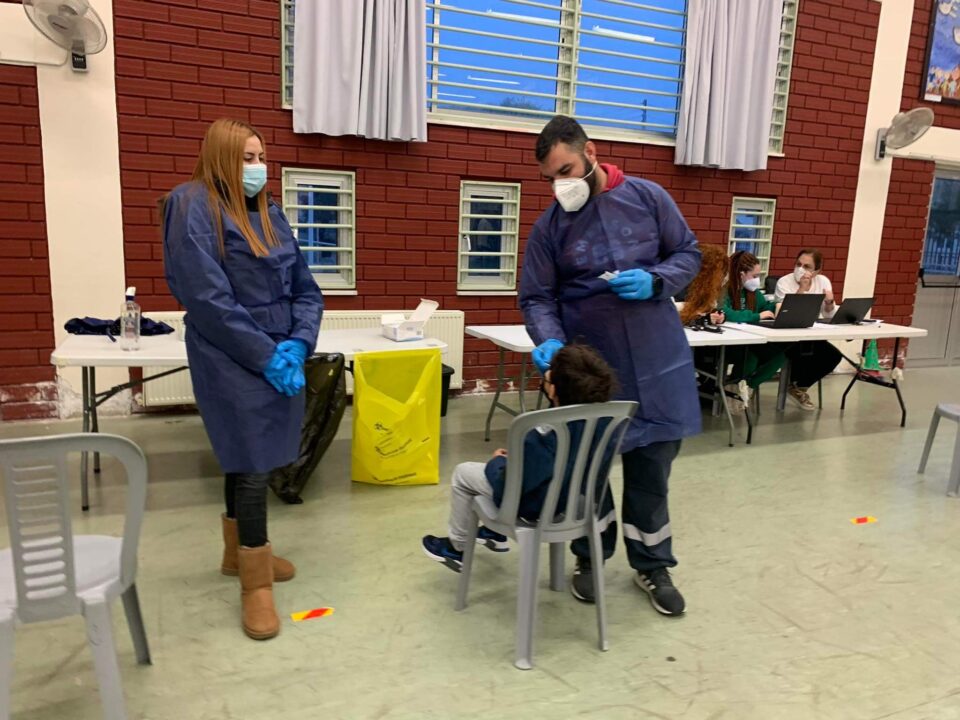 Fully vaccinated children and those who recovered from the virus will now be excluded from the test to stay policy, said the health ministry on Monday as it announced that testing sites will operate at almost every school on Tuesday.

Following public criticism that some school testing units failed to operate, and others had limited staff, the health ministry announced that 293 rapid testing sites will operate in schools on Tuesday to facilitate the testing of students who are close contacts as part of the test to stay scheme.

So far, testing sites were operating in only some schools, forcing students and their parents to drive to a different location prior to their first teaching period at their own school.

The increase in number of sites was a request of the educators and the parents and is expected to “resolve many issues”, Health Minister Michalis Hadjipantelas said, adding the ministry is “satisfied” with the measure.

Speaking after a meeting with officials and teachers and students’ organisations the minister said “it appears the measure is working satisfactorily,” as more than 5,000 students who would have been self-isolating at home stayed in class this week.

He said there is the possibility of expanding the testing of those students at private pharmacies or at other rapid testing sites operated by the health ministry which are currently targeting the general public.

However earlier, health ministry spokesman Constantinos Athanasiou said children should be tested at the health ministry’s school testing sites, since, technically, they are suspect cases and the policy substituting self-isolation with testing is only implemented at schools.

In his statements, Education Minister Prodromos Prodromou said they are expecting teachers’ feedback for the expansion of the “successful” programme to include educators who are close contacts.

High schools will also be included in the programme, he said.

The test to stay programme fell under scrutiny on Monday as approximately 20 testing sites failed to operate while other were severely understaffed due to staff testing positive for Covid, media reported.

That led to parents rushing to find other units which were available, students turning up late for school or simply returning home.

The policy, implemented in schools last Monday, used to provide that all students who are close contacts may undergo a rapid test for a period of seven days to attend school. Alternatively, they may self-isolate at home and carry out a rapid or PCR test on the seventh day.

In a later announcement on Monday, the health ministry said students who have received both doses of a two-dose vaccine or the single dose Janssen anti-coronavirus jab less than seven months prior, as well as students who have recovered from coronavirus in the last 90 days will be excluded from the test to stay policy if they are close contacts. They can attend school.

The policy was also extended to health professionals in public and private hospitals, police and the fire department following a cabinet decision.