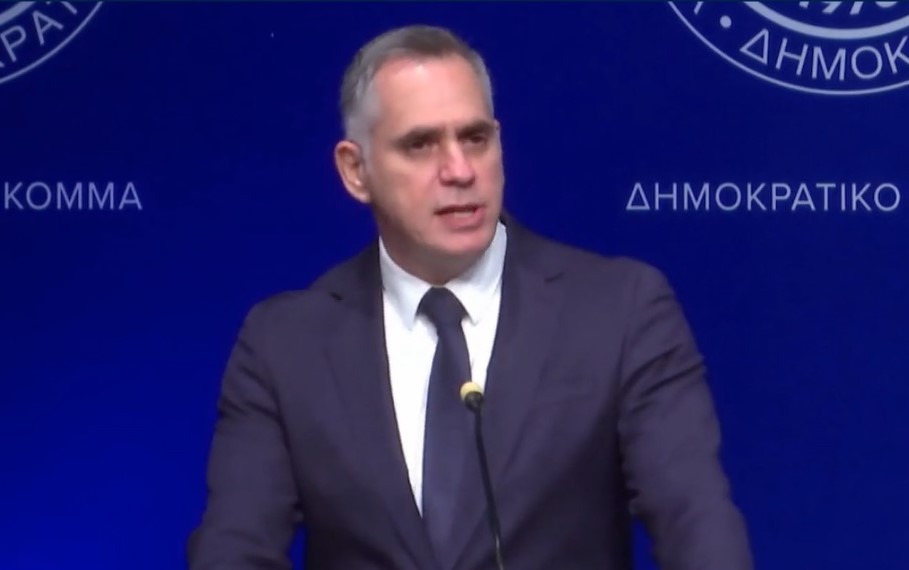 Centre-right Diko will be the ruling party or a main part of a coalition government in order to bring about change after the presidential elections in 2023, leader Nicolas Papadopoulos said on Sunday in his address to the party’s Pancyprian congress.

“We know that we will have to compromise on some issues in order to form the necessary alliances that will allow us to win the 2023 presidential election,” he told delegates. “But we will not abandon positions of principle,” he added, referring to the Cyprus issue specifically. “We can win the elections in 2023. We are ready to turn to other political forces that agree with us, except Elam.”

The party, he said, would start to reach out to the other political forces in the coming period, and to non-parliamentary groups and organisations, and after it has all of the necessary data, will make its decisions regarding the elections.

“We have received the messages from the parliamentary elections and we are ready to change,” said Papadopouolos. “The negative results acted as a warning signal for us to proceed with introspection and self-criticism, to find our mistakes and to correct the wrong ones.”

The party was now ready to send a resounding message to society: “We can change ourselves and that is why we can change the country”.

Papadopoulos touched on various issues in his address such as the Cyprus issue, the economy and the health system Gesy. He said that Diko had supported the advent of Gesy and had contributed to its design and implementation, and so was in a position to demand the health system function correctly, which it currently is not.

“And I think we all understand who loses. A big party has been set up with Gesy and the only one who has not been invited is the Cypriot taxpayer. For DIKO, the abuses of GESY must end, yesterday.”

He said the party demands the the appointment of an investigative committee to examine the abuses of the system and whether Gesy has been implemented as originally planned. And if abuses are found, or, insufficient supervision is found, those responsible should be held accountable.

He said what else could not be ignored is the significant percentage of retirees who live below the poverty line, which demonstrates the need for radical and drastic reform of the pension system so that all retirees receive decent pensions, without the need for additional and supplementary benefits.

“These people have worked a lifetime to give all of us the opportunities we have today,” Papadopoulos said.

“Our ‘thank you’ cannot be their condemnation to poverty and misery.”

He also touched on migration, which as things stand “jeopardises our ability to provide decent care and protection to real refugees who are sincerely seeking asylum”, adding that the overcrowding at reception centres was worrying and the conditions in them a point of shame for the country.

“The Democratic Party has passed every bill that the government has brought to Parliament. But migration flows are increasing. And one of the main reasons for this is the inadequacy regarding the guarding of the ceasefire line and the control of the crossings,” he said.

“But we do not need to go to the indicators. The Cypriot citizen sees it every day,” he said, referring to the golden passports and the Pandora Papers.

On the Cyprus issue, he said the current impasse was due exclusively to the expansionism and intransigence of Turkey.

“We, contrary to what President Anastasiades believed and said when he came in conflict with Tassos Papadopoulos, do not consider that the Greek Cypriot community is responsible for the non-solution of the Cyprus problem,” he said.

“The reason for the failure is the wrong policy and the wrong tactics that our side has followed in recent years. President Anastasiades at the Crans-Montana conference gave more concessions than any other previous president of the Republic of Cyprus. And yet, in the end he came out accused and Turkey received the congratulations of the UN Secretary General. Did he learn from the mistakes of Crans-Montana? Of course not. The same scene was repeated in Geneva,” said Papadopouolos.

In run up to Valentines Day all eyes on roses