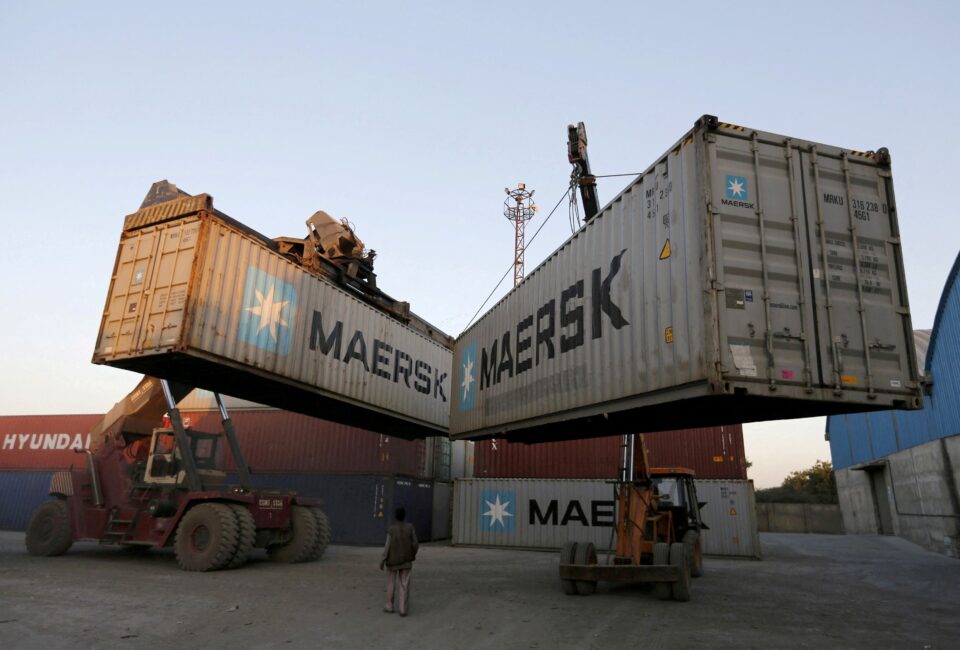 Only Maersk, the Denmark-based global shipping firm, was found to have a pledge of 'reasonable integrity'

Many top corporations with ambitious “net-zero” emissions pledges to tackle climate change lack a clear plan to achieve them, and are misleading consumers about how “carbon neutral” their products and services are, researchers warned on Monday.

Taken together, net-zero pledges by 25 top global companies – from Amazon to Google – add up to at best an average 40 per cent reduction in emissions, they said in a report scrutinising firms responsible for 5 per cent of the emissions driving global warming.

Only Maersk, a Denmark-based global shipping firm, was found to have a pledge of “reasonable integrity”, while companies from Nestle to Unilever were found to have “very low integrity” plans, according to the NewClimate Institute report.

Unilever officials said they would use the analysis to “evolve their approach” to cutting emissions, while Nestle said the report “lacks understanding of our approach and contains significant inaccuracies”.

Altogether, pledges by 21 of the 25 businesses examined were found to have “low” or “very low” evidence they could be met, researchers for the climate policy group said.

The big firms “are role models for tens of thousands of businesses who have similar ambitions”, Thomas Day, a NewClimate Institute policy analyst, said at the online launch of the inaugural Corporate Climate Responsibility Monitor.

If their pledges are “full of ambiguity and loopholes”, as the report found, the chances of achieving global goals to curb climate change are limited, he and others said.

“Companies should be held responsible to the highest standards for what net zero means,” he said.

He urged them to make realistic plans to cut emissions from their operations, products and supply chains by 90-95 per cent, rather than relying heavily on carbon offsets.

Commitments to achieve “net zero” emissions or “carbon neutrality” – made by nations, states, cities and more than 680 companies – have surged over the last few years and now cover 88 per cent of global emissions, according to Net Zero Tracker https://zerotracker.net.

As public concern about climate change rises, many companies are under “enormous and growing” pressure to show they are curbing emissions and acting on climate threats, said Day, one of the report’s authors.

But whether those voluntary pledges are backed up with detailed and credible plans has had little scrutiny so far, analysts say.

The new report is an early attempt to fill that gap, with researchers admitting corporate data on emissions reductions is extremely challenging to collect and compare.

They also found that among firms pledging net-zero emissions – by eliminating them or “offsetting” them through projects such as planting carbon-absorbing trees elsewhere – the means of achieving the aim vary widely.

Some companies, such as Maersk, intend to cut nearly all emissions from their operations, products and supply chains, with offsets used only to mop up what is left.

That is in line with recommendations from the Science Based Targets Initiative (SBTI), a body that provides guidance on establishing net-zero plans in line with climate science.

But other companies hope to meet their goals mainly by buying offsets, many of them “nature-based”, researchers found.

That is a problem both because the supply of good-quality, verified offsets is limited and because carbon stored in forests could be released if they are burned in worsening fires or otherwise damaged, researchers said.

And if only a small share of emissions can be offset through nature investments, “it should not be the case that the wealthiest and most powerful companies claim that potential” when they could afford other options, said Silke Mooldijk, a NewClimate Institute policy analyst.

Other problems highlighted in the report include selecting a year with unusually high emissions as the level from which to measure future cuts, as well as including in that baseline emissions outside a firm’s normal operations.

Many companies were also unclear about whether their goals cover emissions from their products and supply chains as well as their operations, or if and how they have signed deals to procure renewable energy for their operations, Mooldijk said.

In general, the net-zero pledges “cannot be taken at face value”, she said.

“Some (of the firms) are taking climate leadership but they struggle to differentiate themselves from those who are greenwashing,” she added.

Of the companies cited as having low-integrity net-zero plans, many said they welcomed scrutiny and were working hard to cut emissions even as their businesses grow.

They also said their plans were works in progress, with some already having won external approval, including under SBTI.

Many said they had engaged with the NewClimate Institute to clarify their efforts and, in some cases, update them.

But food and beverage giant Nestle said the new analysis contained “inaccuracies”, while consumer goods firm Unilever said it had “different perspectives on some elements”.

“Transparency and integrity in corporate climate commitments are of the utmost importance to Unilever,” it added.

Tech company Google said it was “proud of the progress we’re making”, including boosting the number of carbon-free hours of operations in its data centres.

E-commerce and tech firm Amazon similarly said it was “on a path to powering our operations with 100 per cent renewable energy by 2025, five years ahead of our original target of 2030”.

Gilles Dufrasne, a policy officer with non-profit group Carbon Market Watch, which made recommendations based on the analysis, said such scrutiny of corporate pledges was crucial to help consumers worried about climate change make good choices.

His father and 92-year-old grandmother had recently pointed out “carbon neutral” stickers on bananas they bought and asked him what those meant, he said.

“For neither of them could I really answer the question,” he admitted. “The reality of what we’re observing is we have way too many unsubstantiated green claims.”

He called for broad terms like “net zero” and “carbon neutral” to be banned in advertising in favour of a more finely calibrated green ratings system for products, to help consumers make informed decisions and pressure firms to meet climate goals.

For now, people who want to buy green “cannot do that if they don’t have the right information”, he added.

Netflix movie ‘The Power of the Dog’ leads Oscar nominations