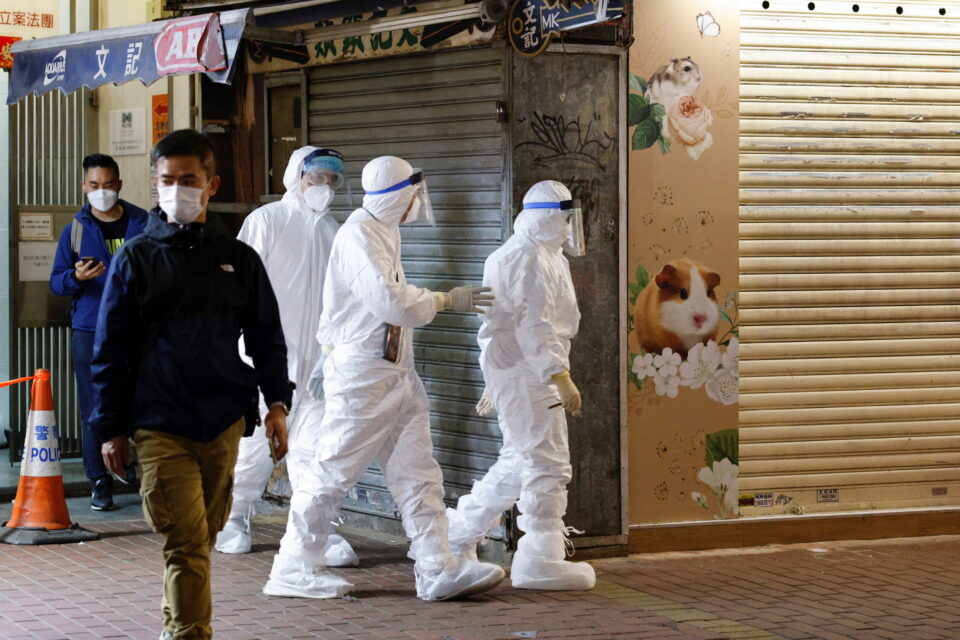 Getting the elderly vaccinated has been difficult in Hong Kong

Vaccination rates are rising sharply among the elderly in Hong Kong, lifting from a relatively low base as an omicron-fuelled spike in new Covid-19 cases and looming vaccine passes pierce long-standing inoculation complacency among the demographic.

The global financial hub had been able to keep the coronavirus pandemic from disrupting activities for most of the past two years, using stringent border restrictions.

That success had the effect of downplaying the need for widespread vaccination, especially among older people, many of whom are poor, not very mobile, and less interested in lifting travel restrictions.

“Getting the elderly vaccinated has been difficult,” said Lau Chak Sing, head of the medicine department at the University of Hong Kong, who blames, among other factors, the “lack of a sense of urgency because Hong Kong was doing very well.”

As in many other places, however, the arrival of the highly transmissible omicron variant has significantly changed the shape of the pandemic and official responses in Hong Kong.

The government has announced vaccine passes will be required from February 24 for people wanting to shop, eat out or use public facilities, a measure those who wanted more open border controls had been calling for since early last year.

“I have come here to take the first dose because they no longer allow people go to yum cha,” 71-year-old Andy Au told Reuters outside a vaccination centre, referring to a typical brunch eaten in Chinese restaurants.

Vaccination rates among those aged 70-79 and 80-plus rose to 63.1per cent and 34.2 per cent respectively on Wednesday from 61.9 per cent and 33.2 per cent a day earlier, government data showed. The 1.2 per cent increase for the 70-79 segment was the highest single-day increase of any age group since vaccinations began in January 2021.

Hong Kong leader Carrie Lam said this week the priority was to get the elderly vaccinated and reach an overall rate of more than 90 per cent, to ease pressure on hospitals. Lam said omicron needs to “disappear” for Hong Kong to consider another Covid approach.

It remains unclear whether vaccination rates among the elderly would reach those targeted levels.

Sixty-year-old Lau, who declined to give her first name, said she would rather avoid any venue requiring a vaccine pass, than get vaccinated.

“I still have reservations about the safety of vaccines,” Lau said.

However, security guard Leung Ping Chung, 65, said he had avoided the vaccine because he feared injections, but would get one soon.

“Where can I go for lunch if I don’t take the vaccine? If I eat in the park or on the street, people will stare at me,” Leung said.