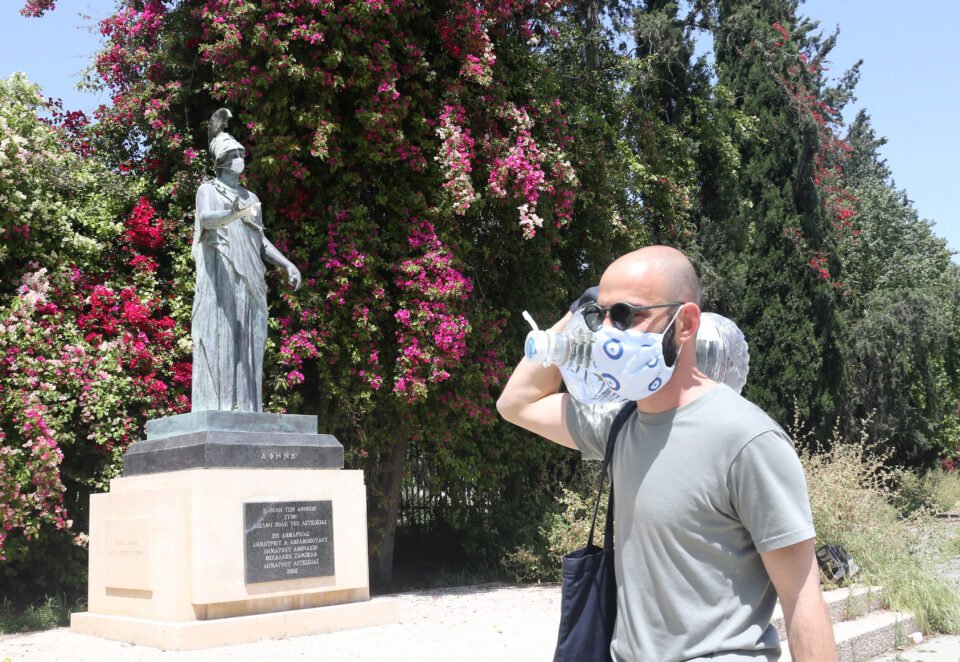 This week’s shift in the government’s stance towards the unvaccinated – lifting a total ban on their entry to many areas – has irked some, while others have criticised increased Covid-19 test mandates, notably at kindergartens.

The main goal is a gradual return to normality, Health Minister Michalis Hadjipantelas told state radio, adding that the test to stay measure is a good way to gauge where measures should go.

“The thinking was to make decisions based on testing a large portion of the population on time, and seeing how well it worked at schools, we are considering expanding it to other sectors as well”.

Masks will be with us for the foreseeable future, despite many countries ditching them and expectations that the mask mandates would be eased in Cyprus, too, where they are still required outdoors.

“Unfortunately, we will not follow the example other countries [in lifting mask mandates] at this moment, and the ECDC has said that masks are still necessary – because we cannot know how the situation will develop,” government advisor Petros Karayiannis said.

But the latest ECDC update on the use of face masks, published on February 7, stated there was evidence of low to moderate certainty for the use of medical face masks providing a small to moderate protective effect from Covid-19, both in terms of personal protection and protection of others.

It also stated that community face coverings are expected to be less effective than medical face masks.

“Why make the situation two or three times worse and not proceed gradually?” Karayiannis told Sigma, adding that a gradual approach is the philosophy at the moment.

The professor of microbiology/molecular virology of the Medical School at the University of Nicosia also said that the new measures may be more generous than some were expecting.

Asked about some within the population who are concerned that the relaxations on the unvaccinated – and that perhaps lifting key bans on them – may reduce take up of the vaccine, Karayiannis said that it is only possible to reopen to the extent that we have because many got vaccinated.

Another restriction set to be lifted – pending a specific protocol by the health ministry – is the ban on dancing, with further guidelines expected in the coming days.

But the harshest criticism so far has been aimed by some parents at the widened scope of Covid-19 tests, with those at kindergartens now mandated to take a weekly rapid test.

Karayiannis said criticism of the move was expected – as was the case with primary and secondary schools – but that since then “all this noise has stopped”.

He said the test programme was effective and that it was expanded to kindergartens as 6.5 per cent of infections are being recorded among those below the age of five, noting that they are not yet eligible for Covid-19 vaccines.

“Something had to happen to make life easier for both the kindergartens and the parents,” Karayiannis said.

He confirmed that even those with three doses of the Covid-19 vaccine can get infected, infect others and some may even have symptoms, in some cases serious ones.

As for fourth doses of the vaccine, Karayiannis said discussions took place on Tuesday within the context of infections being recorded at care homes, some of whom have started displaying symptoms “perhaps because their protection is waning”.

“Perhaps we will also take such a decision, that in such areas and for specific populations the fourth dose will be administered,” Karayiannis said.

He put the focus on reopening due to the high vaccination coverage reopening – “we’d be locked up otherwise” – while fellow advisor Maria Koliou highlighted the lower severity of Omicron compared to previous Covid-19 variants.

But Koliou emphasised that Omicron can still kill and that those who were due to get vaccinated should still proceed.

Two jailed for seven and eight years for cocaine trafficking