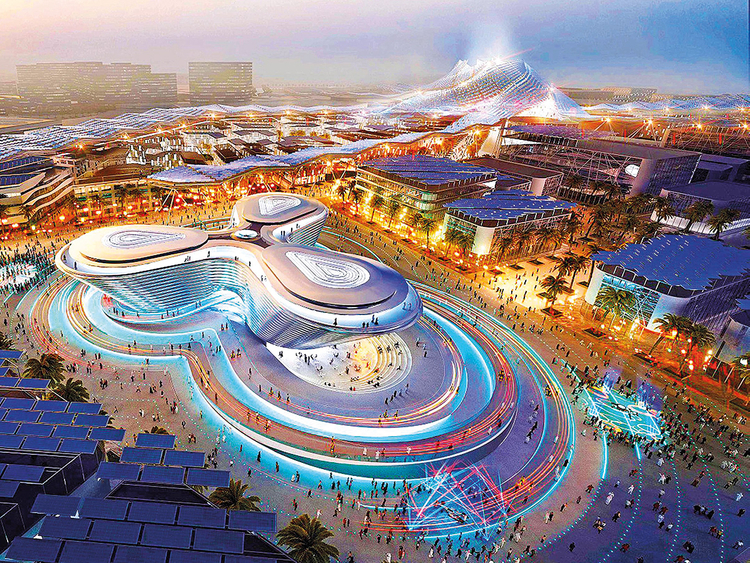 Cyprus’ booth at the Dubai Expo 2020 utilises a hologram of the goddess Aphrodite to greet guests, while special sensors filled the space with scents from the island, including jasmine and oregano, the Deputy Ministry of Research, Innovation and Digital Policy said on Wednesday.

The expo’s theme is ‘Connecting Minds, Creating the Future’, with around 25 million visitors expected to travel to Dubai from 192 countries.

Cyprus’ entry to the event is based on six themes, each one with its own booth. They include art and culture, tourism, gastronomy, entrepreneurship, investments and education.

“Each theme is presented in a separate booth and with a different colour, based on the logo of our country in the exhibition, along with the following slogan: Cyprus, at the centre of where you want to be,” the ministry said in a statement.

“Particular emphasis has been placed on enriching the visitor experience, through various senses and digital multimedia, making the most of the possibilities offered by technology,” the ministry added.

The Paphos Leisure Centre Owners Association (Sikap) conducted a meeting with the city’s restauranteurs and the mayor of Polis Chrysochous on Tuesday to discuss issues related to the upcoming tourist season.

Sikap president Angelos Onisiforou said the biggest issue is the ongoing labour shortage in the industry, with neither locals nor other European Union nationals being unable to meet the sector’s demands.

The association said that it is discussing this issue with the Ministry of Labour, Welfare and Social Insurance in order to find staff from third countries, with Onisiforou saying that the request is being reviewed and developments will soon be announced.

The main Cyprus Stock Market Index was at 71.15 points at 12:48 during the day, reflecting a drop of 1.36 per cent over the previous day of trading.

In terms of the sub-indexes, the main, hotel and investment firm indexes fell by 2.65 per cent, 1.79 per cent and 2.34 per cent respectively. The alternative index rose by 0.1 per cent.