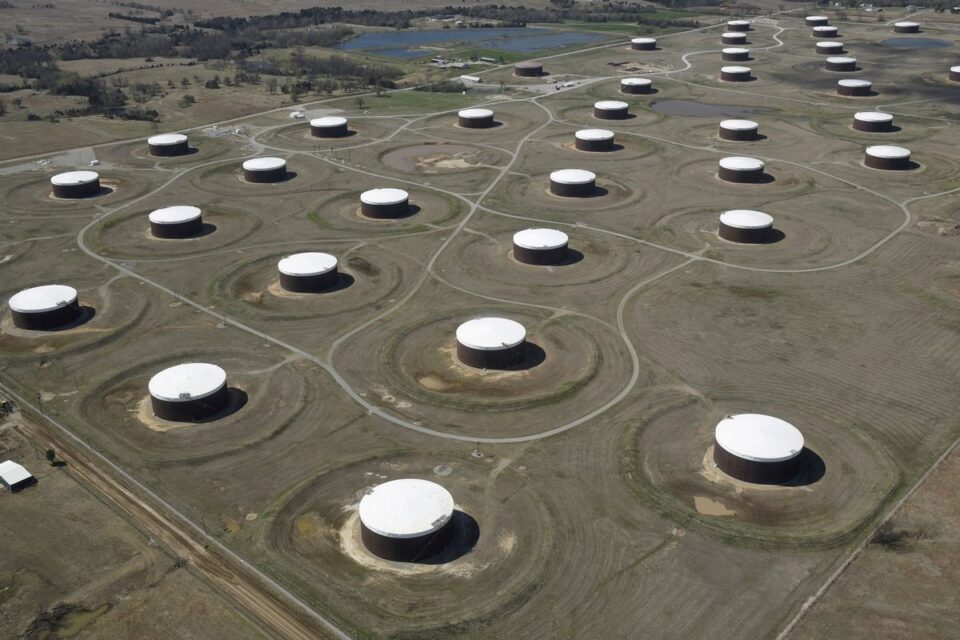 Oil prices surged on Thursday, with Brent breaching $100 a barrel for the first time since 2014, after Russia attacked Ukraine, exacerbating concerns that a war in Europe could disrupt global energy supplies.

After Russian President Vladimir Putin authorised what he called a special military operation, Ukraine’s Foreign Minister Dmytro Kuleba said in a tweet that Russia had launched a full-scale invasion of Ukraine and was targeting cities with weapons strikes.

Ukraine said that Russia was moving military equipment into the country from Crimea and facing non-stop cyber attacks. It reported one death so far.

Russia is the world’s second-largest oil producer, mainly selling its crude to European refineries, and is the largest provider of natural gas to Europe, providing about 35 per cent of its supply.

Oil prices have surged more than $20 a barrel since the start of 2022 on fears that the United States and Europe would impose sanctions on Russia’s energy sector, disrupting supplies.

Underscoring the supply concerns, the premium of front-month Brent to the second-month future rose by as much as 75 cents to $3.54 a barrel, the most since 2011.

“This growing uncertainty during a time when the oil market is already tight does leave it vulnerable, and so prices are likely to remain volatile and elevated,” said Warren Patterson, head of ING’s commodity research.

While there are no sanctions yet on the energy trade, western nations and Japan on Tuesday punished Russia with new sanctions for ordering troops into separatist regions of eastern Ukraine, and threatened to go further if Moscow launched an invasion of its neighbour.

“It’s not just geopolitical risk that is the problem but the further straining of supply,” OCBC economist Howie Lee said.

Some members of the Organization of the Petroleum Exporting Countries (OPEC) said this week there is no need for the group and its allies to increase output further as a potential deal between Iran and world powers over the oil producers’ nuclear programme would increase supplies.

The US and Iran have been engaged in indirect nuclear talks in Vienna that could lead to the removal of sanctions on Iranian oil sales.

Japan and Australia said on Thursday they were prepared to tap their oil reserves, together with other International Energy Agency member countries, if global supplies were reduced by the hostilities in Ukraine.

“While Western governments probably will exempt energy transactions from sanctions, the blizzard of new restrictions will force many traders to be exceedingly cautious in handling Russian barrels,” said analysts from Eurasia Group in a note.

“Brent crude prices will likely rise above $100 per barrel until significant alternative supplies become available, for example an Iran nuclear deal or more US shale.”

Iran on Wednesday however urged Western powers to be “realistic” about the nuclear talks and said its top negotiator was returning to Tehran for consultations, suggesting a breakthrough in its discussions is not imminent.

Analysts are also warning of inflationary pressure on the global economy from $100 oil, especially for Asia, which imports most of its energy needs.

“Asia’s Achilles heel remains its vast import needs for energy, with surging oil prices bound to take a hefty bite out of income and growth over the coming year.”

Front-month Brent futures have rallied more than $60 from their lows in 2020 of less than $20 a barrel amid the global lockdowns to curb the spread of COVID-19. Brent forward curve prices suggest prices will remain above $80 a barrel through the end of 2023.

Dubai Expo ‘a show of growing partnership’ with Cyprus