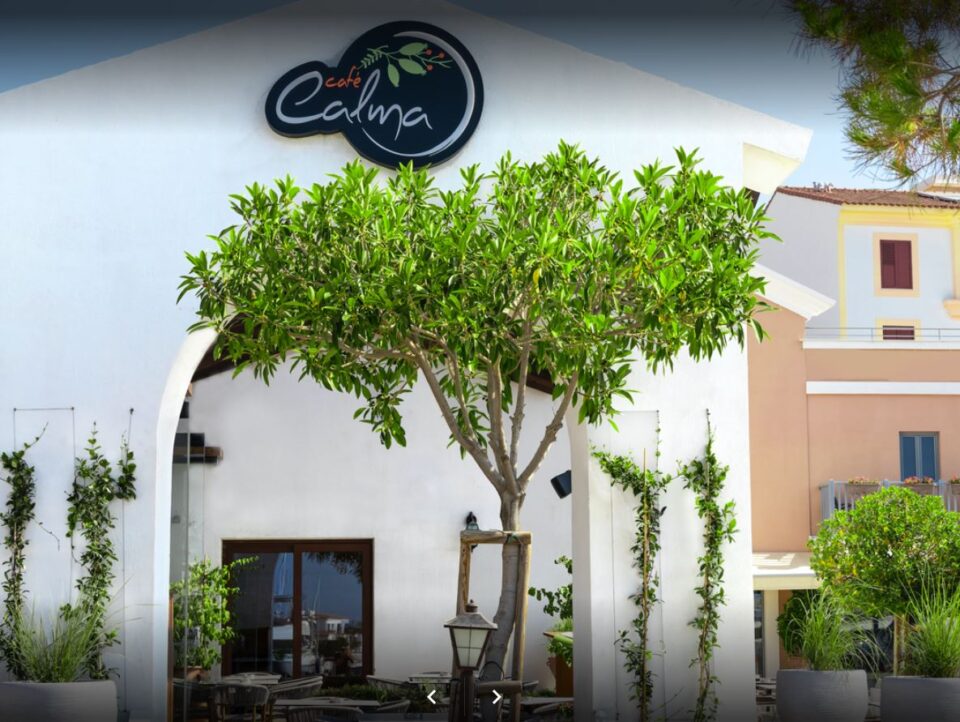 This Limassol establishment’s self-appointed cafe moniker is somewhat misleading. While the decor alludes to more casual places, and indeed the overall vibe is relaxed enough to make you feel at ease wearing jean shorts and a t-shirt, you will be paying restaurant-level prices for restaurant-level food.

The restaurant has three areas, one outdoors where smoking is allowed and shishas can be ordered, a quasi-outdoor area with impermanent glass dividers shielding you from the full effect of the elements, and a true indoor area, although that is basically reserved for the bar and it is unlikely to see anyone seated there.

We had requested to be seated in the shielded area, considering the current temperatures, which they were happy to do. Additionally, we also requested that one of the many heaters be moved close to our table and turned on which again the restaurant was happy to do.

Our drinks included a beer and homemade lemonade, with the latter being served in a mason jar glass. In hindsight, the ice-filed lemonade, as sweet and tangy as it was, may have been the wrong choice considering the time of the season. Something perhaps better suited to a spring or summer visit. 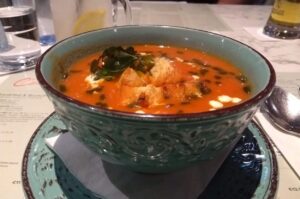 For a starter, we ordered the soup of the day, which was tomato. A simple dish but made very well, with the tomato and basil flavours well-blended with each other, and the soup having a nicely balanced consistency, not chunky, but not blitzed to death either. The addition of some croutons provided further texture, while a drizzle of sour cream offset the base flavour nicely.

Our mains included a pork kebab, served with tzatziki, a requested replacement for the sour cream it usually comes with, grilled mushrooms and wild rice, as well as a dish of lamb chops, served with sauteed vegetables and potato wedges. Both dishes came with freshly cut lemons to squeeze over the meat.

In terms of the first dish, the mushrooms were quite nice, particularly with the lemon juice drizzled over them, while the pork itself was also as well-made as you would expect for a restaurant under the Carob Mill restaurants umbrella. Succulent, juicy but adequately cooked. The wild rice, cooked with thinly sliced pieces of various vegetables was also a good accompaniment, especially with the tzatziki. The lamb chops were equally good.

For a dessert, we tried the Ferrero crepe, which came with strawberries, banana slices, melted Ferrero Rocher chocolate, whipped cream and vanilla ice cream. It was as delicious and rich as its ingredients suggested it would be.

This brings us to the overall experience, which was unquestionably positive. My only grumble would be the prices, which are somewhat high for the types of dishes you are likely to order, as well as the style of the establishment. In short, should a self-styled café be charging nearly €20 for lamb chops and €17 for pork kebab, as nice as each dish was? Well, that’s entirely up to you. The extra money goes to the premium of the restaurant’s undeniably appealing location, which is the Limassol Marina.

Cypriot citizens in Ukraine advised to contact embassy in Kyiv