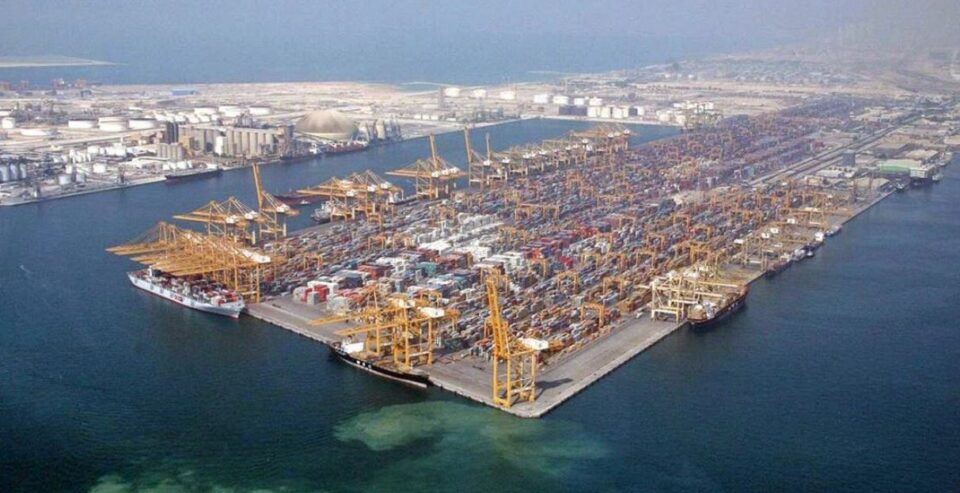 “DP World is an important partner to the government of Cyprus and a key stakeholder of the maritime sector and the Cypriot economy,” Abdulla said.

“I am extremely pleased that both Ministers had the opportunity to observe the exceptional facilities of Jebel Ali Port, one of the busiest ports in the world,” he added.

The two ministers were given a tour of the facilities by high-ranking DP World executives, headed by CEO and managing director of DP World UAE region Abdulla bin Damithan.

The Jebel Ali Port is the Middle East’s largest port, acting as the primary gateway for more than eighty weekly services connecting 150 ports around the world.

The Cypriot delegation was also allowed to see Boxbay, the company’s fully automated and intelligent high bay storage (HBS) container system that seeks to improve the design of future ports and terminals with its increased capacity and higher efficiency rates.

“DP World Limassol fully supports the Cypriot government’s goal to establish the country as a leading maritime centre and we are committed to playing an important role by establishing closer working relationships between all major stakeholders in the region”, Abdulla concluded.

Cyprus’ Harmonized Index of Consumer Prices in January 2022 increased by 5 per cent year-on-year, climbing to the highest level in 13 years, primarily driven by soaring energy and transport costs.

According to data released by the Statistical Service of Cyprus (Cystat), January’s HICP equalled the level registered in September 2008.

However, the index dropped by 0.7 per cent month-on-month, marking a monthly reduction for the second month following December’s drop of 0.3 per cent.

According to the Cystat report, the largest annual changes in January 2021 were registered in the sectors of housing, water, electricity, gas and other fuels, which increased by 14.1 per cent, as well as in the transport sector, which rose by 10.8 per cent.

The prices of construction materials increased by a massive 16.55 per cent year-on-year in January 2022, according to data from the Cyprus Statistical Service (Cystat).

The Price Index of Construction Materials for the month of January 2022 reached 121.17 points, recording an increase of 1.26 per cent,

Compared to the previous month (December 2021), the Price Index of Construction Materials for January 2022 increased by 1.26 per cent and amounted to 121.17 points.

By main product category, in January 2022, increases were recorded, on an annual basis, in metal products (26.1 per cent), wood products, insulation, chemicals and plastics (19.87 per cent).

Increases were also observed in electromechanical items (13.76 per cent), mineral products (6.35 per cent) and minerals (5.33 per cent).

The main Cyprus Stock Market Index was at 68.15 points at 12:46 during the day, reflecting a drop of 2.89 per cent over the previous day of trading.