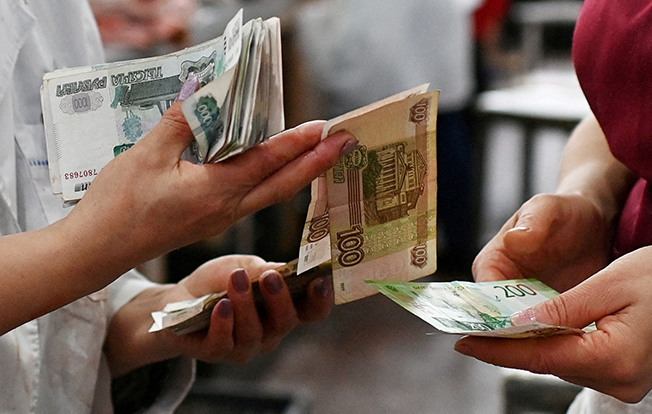 The threat of severe economic sanctions was not enough to prevent Russia’s invasion of Ukraine.

But the package of massive and severe sanctions is the EU’s only effective response to Russian aggression, and the sanctions are being taken despite the fact that they will also hurt the European economy itself, as European leaders have warned.

The package of new sanctions against Russia, which was put to the extraordinary summit of the leaders of the 27 European Union member states, includes options that lead to the exclusion of the Russian economy from the rest of the world.

The President of the European Commission said that the package of sanctions targets strategic sectors of the Russian economy, will weaken Russia’s economic base and its ability to modernize, freeze Russian assets in Europe and stop Russian banks’ access to European capital markets.

The aim of the measures is to exclude Russia from the global economy and to cause significant damage to President Putin’s circle, the elite in the country, who are the ones who neglect Russia’s wealth-producing resources.

The Russian economy is in much better shape than in 2014, with increased foreign exchange reserves at a record level (over $600 billion), low foreign debt, a surplus budget and food self-sufficiency, but sanctions will cause serious disruption.

All of the above directly affect the Cypriot economy.

First of all, there will be a general impact on all European economies due to the price increases in energy and raw material prices. Oil has exceeded USD 100 per barrel and the price of wheat has soared to an eight-year high.

The Russian invasion changes the picture for the eurozone economy as the prospect of higher energy costs, financial turmoil and a decline in eurozone trade is reinforced. This development may lead to lower economic growth and inflation. Price increases should be taken for granted.

Cyprus, however, faces additional challenges. A significant part of the services sector relies on the activity of enterprises of Russian interests. Foreign Direct Investment flows reflect the high volume of transactions. In 2020, the stock of incoming FDI, i.e. money that entered the country, reached €388.814 billion, of which €101.962 billion came from Russia. At the same time, the stock of outgoing FDI reached €399.313 billion, of which €134.422 billion went to Russia.

The second vulnerable sector is tourism. In 2019, 19.7 per cent of tourists came from Russia while the Ukrainian market was an emerging sector. The duration of the crisis and sanctions will determine the fate of the Russian market. In an unfavourable scenario, a large gap is created.

Finally, as far as banks are concerned, the contraction of international clients in recent years has resulted in a significant reduction of direct exposure to Russian clients. Russian deposits in Cyprus are estimated at EUR 1 billion.