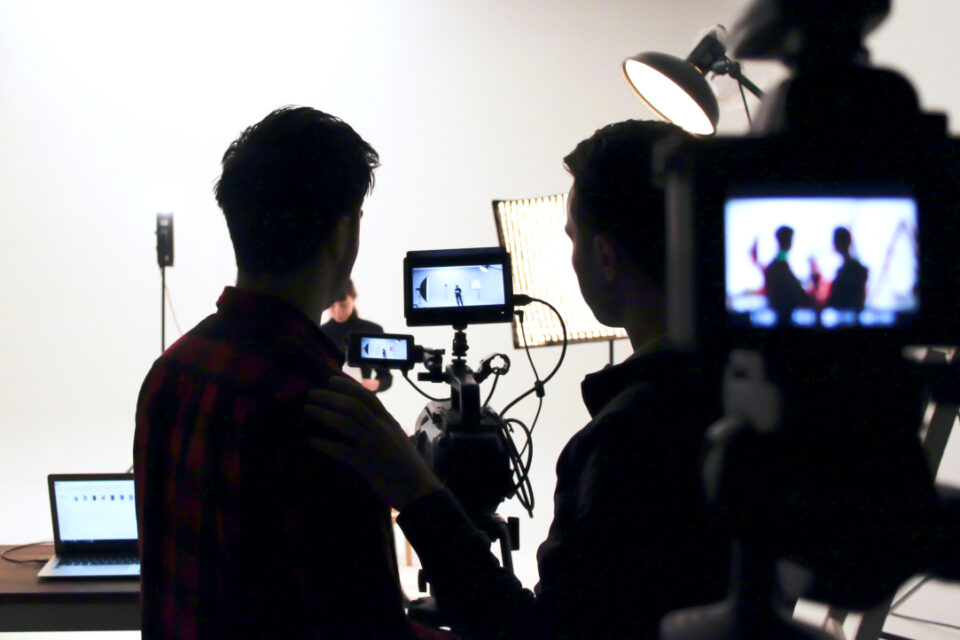 Amid a European shortage of film studios, one man plans to make Cyprus a studio hub

The film and TV industry is notorious – especially in Cyprus – for grandiose projects that promise much but quickly fizzle out. This time, however, it’s different, according to Nick Kounoupias.

Kounoupias is a British-Cypriot solicitor and consultant with 30 years’ experience in intellectual property law. He’s also among the directors of FOS Holdings, an English media/entertainment PLC (also listed on the Cyprus Stock Exchange) whose acronym stands for ‘Film On Screen’.

FOS, through its subsidiary FOS Film Studios, is planning not just to build a complex of five studios in Cyprus – which would be ambitious enough – but also “to make Cyprus the hub of a number of film studios which it’s building around the world”, with others being planned in Mauritius, the Bahamas, the Cayman Islands and South Africa.

“There are going to be, in time, five proper studios [on the island],” explains Kounoupias on a Zoom call from London. “We hope that, by the end of this year, the first studio will have been constructed and will be operational.”

Land for the project has already been earmarked, in the area between Limassol and Larnaca. A joint venture is underway with Dias Media Group, who’ll provide “the local knowhow and connections”.

The FOS board includes Paul Tucker, a veteran producer (his credits include Braveheart and four James Bond films) who plans to relocate his production company from the UK to Cyprus. One film, now being shot in England, is due to be completed here. FOS hopes to make three films a year, as well as – more importantly – to rent the studios out. The budget for the project is around €36 million.

“The financing is in place,” replies Kounoupias. “Not all, but a lot of it is. There are, I think, 750 shareholders who have already contributed funding. There’s also EU grant money that’s being applied for.”

The hope is that around 50 per cent of the cost will be met by the EU – “but it doesn’t have to be. There are lots of investors in the UK who are interested in investing in the company.”

Kounoupias raves about “promoting Cyprus as a film destination” – but in fact this is where some may feel a little sceptical, just because the timing is unfortunate.

A cash rebate scheme was launched in 2017 by the Ministry of Finance and Invest Cyprus to attract film production from overseas – but the scheme now lies in tatters, its first big production (Jiu Jitsu, starring Nicolas Cage) having been mishandled. The film’s producers are suing for non-payment, and the bad publicity has done serious damage – not to mention that nearby countries offer better deals. Is Cyprus (and the scheme) still a viable proposition for investors?

“It’s very, very viable,” he insists, “it’s a very good scheme. I wasn’t involved with the Nic Cage film – but I would ask, what relevance does Jiu Jitsu have to benefit Cyprus? The films we’re going to be making are going to be about Cyprus.”

That’s a whole other issue, of course, how relevant Cyprus itself is to the project. “What we need to do is to have a Cypriot Hollywood, and I don’t think it’s so unlikely,” says Kounoupias at one point – but actual Hollywood films are likely to have been scared off after Jiu Jitsu, while films ‘about Cyprus’ are unlikely to achieve Hollywood numbers. After all, most films lose money at the best of times.

Kounoupias’ intentions are partly patriotic, which is admirable. (Unsurprisingly, he has the support of the Cyprus government.) Yet in fact there are more mundane, strictly commercial reasons why the project is likely to succeed, which have nothing to do with promoting Cyprus or creating a ‘Cypriot Hollywood’.

Simply put, FOS is selling studio space. The rebate scheme tried to sell Cyprus as a location, which is trickier – but a studio is a different proposition.

Not only is an actual studio relatively simple to construct, just “a rectangle made out of steel,” as he puts it – but the point is also that studio space is as rare as hen’s teeth at the moment, all over Europe. It’s not even about films, it’s about TV series and the post-Covid plethora of streaming channels, all of them scrambling to create ‘content’.

Studios are being built in the UK purely to try and meet the needs of Netflix and Amazon, let alone their competitors: “There isn’t enough studio space in England”.

Cyprus is an EU location (a very big deal for a British company) and a studio complex offers something for which demand is sky-high, and likely to remain so – with a rebate scheme thrown in as a bonus. Little wonder that investors are interested.

Will this project actually help Cyprus? Definitely, claims Kounoupias, noting that the studios will employ 100-120 locals (not all creatives; some will be in administrative roles). That said, it’s clear that any EU country would serve FOS just as well – and we certainly have to avoid the stifling bureaucracy and government in-fighting that wrecked Jiu Jitsu.

Still, at a time when so much else is going wrong – the Cyprus problem stalled, natural gas going nowhere, a post-pandemic pall hanging in the air – we can at least look kindly on a project that provides some ray of hope.

“We want to give some good news to Cyprus,” says Kounoupias encouragingly. “And this is a real good-news story.”