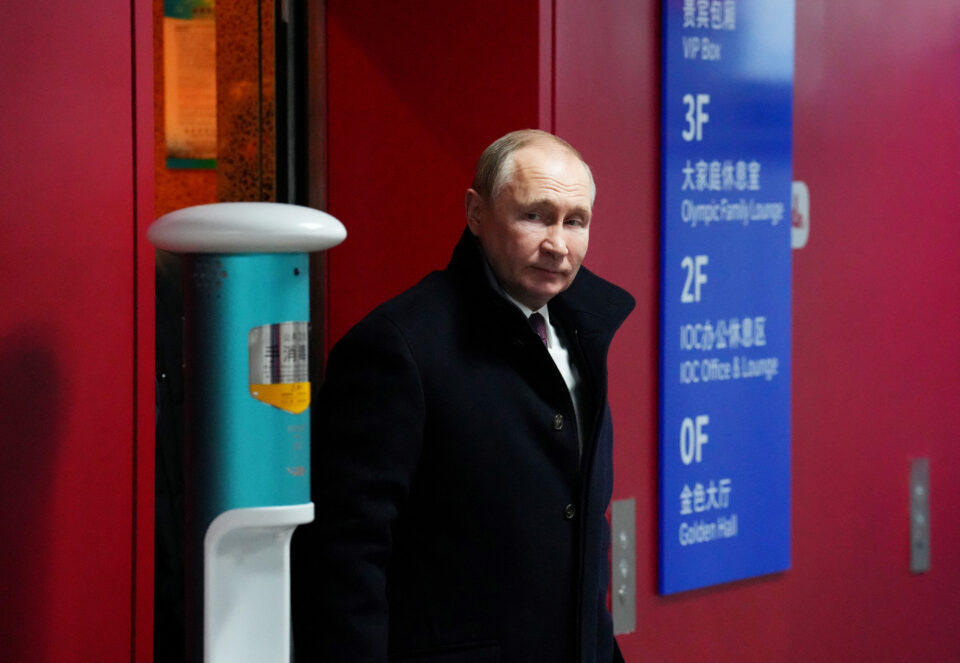 The International Olympic Committee’s executive board has recommended sports federations to ban Russian and Belarusian athletes and officials from competing in events following Russia’s invasion of Ukraine.

The IOC said the executive board made the decision “in order to protect the integrity of global sports competitions and for the safety of all the participants” and that the body was acting with a “heavy heart”.

The Russian Olympic Committee categorically disagreed with the IOC, saying the decision “contradicts both the regulatory documents of the IOC and the (Olympic) Charter”.

“For its part, the Russian Olympic Committee intends to consistently uphold the rights and interests of Russian athletes and provide all necessary assistance to our national federations to challenge discriminatory decisions of the relevant international federations.”

The statement from IOC comes shortly before the Winter Paralympics starts in Beijing on Friday. The International Paralympic Committee (IPC) will meet on Wednesday to discuss Russia ahead of the Games.

Sports bodies across the world have already moved against Russia by refusing to host or play against teams from the country.

Athletes from Ukraine and other nations have urged the IOC and IPC to suspend Russia and Belarus ban their athletes from events immediately.

Global Athlete, an international athlete-led movement that aims to inspire change in world sport, said it was “angry and appalled” by the IOC’s statement.

“The IOC has once again only made smoke and mirror recommendations and refuses to take action against Russia and Belarus,” Global Athlete Director-General Rob Koehler told Reuters in a statement.

“In addition, the Paralympics start in days and the International Paralympic Committee’s silence and lack of action speak volumes that they are also aligned with Russia and favour politics over principles and Russian interests over athlete interests.

“Athletes are calling for all Russian and Belarusian athletes to be banned from the 2022 Beijing Paralympic Games. Athletes globally have lost confidence in the Olympic and Paralympic movements.”

“Russian or Belarusian nationals, be it as individuals or teams, should be accepted only as neutral athletes or neutral teams. No national symbols, colours, flags or anthems should be displayed,” the statement added.

However, the board said that in very extreme circumstances, the board would leave it to the relevant organisations to effectively address the dilemma.

“In this context, the IOC EB considered in particular the upcoming Paralympic Winter Games Beijing 2022 and reiterated its full support for the International Paralympic Committee (IPC) and the Games,” the statement added.

The IOC reiterated its recommendation not to organise any sports event in Russia or Belarus.

The IOC also said it had taken the ad hoc decision to withdraw the Olympic Order from all persons who currently have an important function in the government of the Russian Federation, including Russian President Vladimir Putin.

The Olympic Order is the highest award granted by the Olympic movement and Putin was the recipient of a gold honour in 2001.

Deputy Prime Minister Dmitry Chernyshenko and Dmitry Kozak, deputy chief of staff of the presidential executive office, have also been stripped of their titles.

The IOC said it made the decision based on “the exceptional circumstances of the situation and considering the extremely grave violation of the Olympic Truce and other violations of the Olympic Charter by the Russian government in the past”.

Ukraine’s health ministry said on Sunday that 352 civilians, including 14 children, had been killed since Russia’s invasion of the country last week. Belarus has been a key staging area for the invasion.

Russia calls its actions in Ukraine a “special operation” that it says is not designed to occupy territory but to destroy its southern neighbour’s military capabilities and capture what it regards as dangerous nationalists.

Russia pounds Kharkiv as talks end with no breakthrough (Update 3)

Russia banned from all competitions by Fifa and Uefa