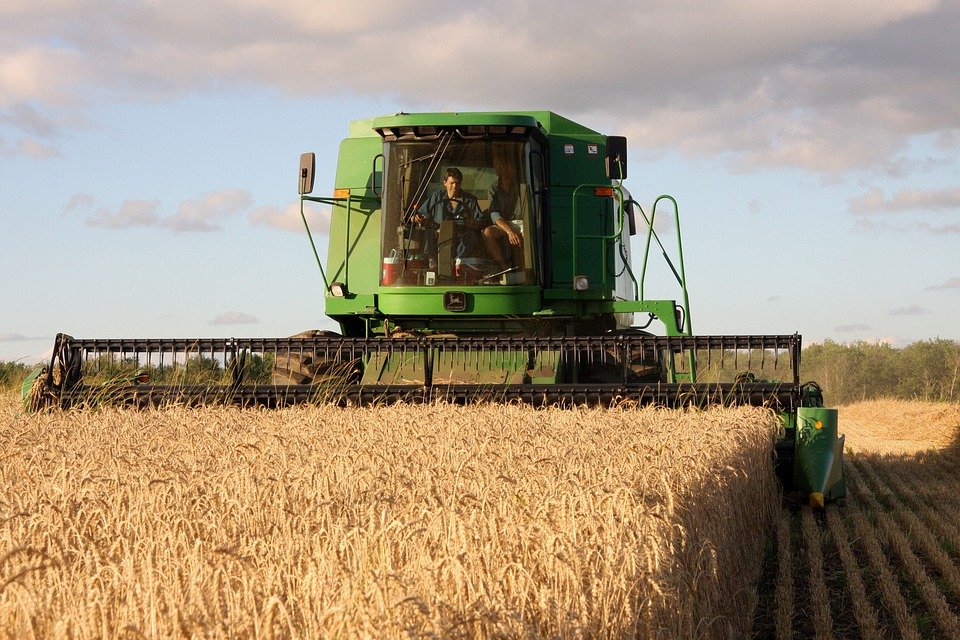 ‘We need supplies urgently, so that our animals don’t die’

As importers and livestock farmers grapple with sky-high grain prices due to the Ukraine crisis, the government here will step in to at least secure adequate supplies for the short term. But beyond that, should the conflict drag on, that could plausibly create a real problem of shortages, industry insiders tell the Sunday Mail.

With Ukraine under invasion and its Black Sea ports controlled or blocked by Russia, exports from that country have ceased. It’s understood that some Russian exports are still ongoing, but at a trickle. Meantime EU sanctions on Russia are making traders jump through so many hoops that it’s not worth the hassle.

Combined, Russia and Ukraine account for approximately 30 per cent of global exports of barley and durum wheat (‘hard wheat’), and 20 per cent of corn. Russia’s invasion of Ukraine, one of the world’s breadbasket nations, has driven wheat prices to 14-year highs.

For Cyprus, as well as for other countries heavily reliant on raw material imports, the more pressing issue relates to animal feed – less so for grains used in human consumption.

Both grain importers and livestock breeders have sounded the alarm over surging prices since the outbreak of hostilities in Ukraine. The chain reaction is spreading, with the price of imports from alternative markets like Bulgaria and Romania likewise soaring.

Also, because Cyprus right now has zero strategic grain stocks – ‘strategic’ being the keyword – the government will need to intervene to secure supplies. One possible way forward is for the government to buy and sell the grain, or alternatively to bring the grain and stock it, for importers to manage.

The agriculture ministry, troubleshooting throughout the past week, will bring a relevant proposal to the cabinet on Tuesday.

“With these moves I think we’re on the right track…but by no means out of the woods,” said Christodoulos Angastiniotis, president of the Chamber of Commerce and Industry (Keve).

Angastiniotis, who sits on the advisory committee for strategic grain reserves, gave us an overview of the situation.

He explained that 90 per cent of cereals go to animal feed, with the rest (essentially wheat) used for human consumption – flour milling and making pasta.

The grains in question are wheat, barley, corn, soya and sunflower.

Flour millers have about three to four months of stocks available, and they possess the necessary storage facilities.

Every year Cyprus consumes some 600,000 tonnes of grain – for all uses. The island itself produces 50,000 tonnes, at a maximum.

Under the current legislation, importers should maintain around two weeks’ worth of reserves. However, the relevant ministerial decree has yet to be published in the government gazette. Now, the government is mulling raising that reserve threshold to six weeks.

“We need supplies urgently, so that our animals don’t die,” remarks Keve’s Angastiniotis.

That’s top priority. But the problem is that prices have gone up almost exponentially – in some cases doubled over the last week or so. Animal farmers simply don’t have that cash on hand.

For starters, the government will spend up to €15 million buying grains for animal feed. But again, there is no magic wand – the government will face the same issues that traders do in finding the commodities and then closing the contracts. And this amid a global scramble to secure grain supplies – the market will get wonkier still.

Even once the government seals a deal, it would take weeks for the first new shipment to get here.

As things stand, the US market is not an option. The United States produces a great deal of GMO cereals, but Cyprus law does not allow for such imports. Add that to the mix.

Argentina meanwhile, said an importer who wished to remain anonymous, are going through a drought and their production this year is at 50 per cent of normal. The confluence of events is staggering.

The same source tells us that even when traders can secure supplies, the red tape involved serves as a deterrent.

Insurance premiums on cargos from the Black Sea have shot through the roof – affecting freights from Russia, but also Moldova and Bulgaria. In particular, complications with insuring Russian shipments, due to the sanctions, means that to all intents and purposes importers can’t make payments.

The source said large companies who had contracts were forced to cancel deliveries, and seek out alternative sellers like in Romania.

The source’s company has managed to secure one grains shipment, currently being loaded in Bulgaria. They anticipate the vessel will be en route to Cyprus sometime during the week.

Illustrating the rising expenses, he said they will sell this cargo for €385 a tonne. By comparison, the last sales price before the Ukraine war was €295 per tonne.

“There’s worse – the main corn silo in France now has a price of €425 a tonne. And if you look at the various commodities markets, the prices are outrageous.”

Other numbers quoted in the media show that recent purchases of Romanian wheatgrass went for €385 a tonne, compared to €280 the week prior. And soya, now going for €620 a tonne, was €570 just last week, and €460 at the same time last year.

As if that were not enough, the crunch comes just as farmers in Cyprus start planting seeds – this normally starts in March. Harvest season typically falls around May. The window is closing.

“A little depressing,” adds the source. “On the plus side, Cyprus being a small country and thus more flexible, we should be able to manage. So far, costs haven’t been passed onto consumers… although that’s virtually inevitable now.”

The danger of nuclear contamination over Europe