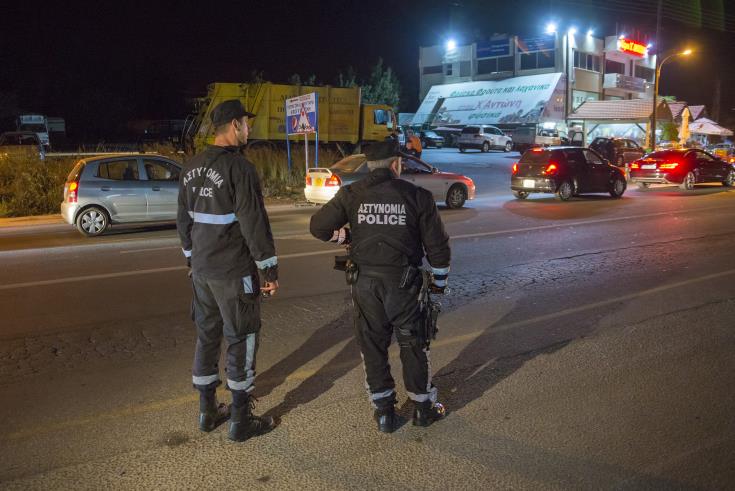 Excessive and unmonitored sick leave periods, police officers convicted of serious crimes given full pension and mistakes on hundreds of traffic fines that forced authorities to cancel them, form part of the auditor-general’s report on the justice ministry, published on Thursday.

Sick leave processes appear to be problematic according to the report, with Odysseas Michaelides citing the case of a prison warden who was hired in 2006 and has not worked since January 4, 2015 after being granted sick leave, unpaid from April 26, 2016.

In the past seven years he has been called to appear before the medical council 12 times to review his case, but has failed to respond.

In addition, pension benefits were granted in 2019 to police officers convicted of serious crimes, including conspiracy to commit fraud, theft, encouraging an individual to supply drug substances, torture and sexual abuse of an adult.

Given their offences, the auditor-general finds the decision to grant them pension benefits as lenient, with the arrangement amounting to early retirement, instead of penalising them for crimes that have smeared the police force, the report said.

He further reports discrepancies in payments of fines online as they appear on the police system in comparison to JCC billing.

Police said that the JCC amount included some 2018 fines but agreed that the discrepancy should be settled and a relevant bill has been prepared.

Police said that mistakes in issuing were due to technical problems with the equipment used and delays in updating data on computer systems, as well as validity of drivers’ documents, including road tax and insurance.

Elsewhere, the report gives extensive attention to overtime pay for the police and fire departments.

Michaelides said there were weaknesses and shortcomings in monitoring salaries in various sectors, most prominently police and the fire service.

In 2020, police officers received almost €37m in overtime and benefits, a rise of almost €3.5m, representing 17 per cent of the annual salary spending. Most of it, €18.3m were for Sunday and public holiday benefits during shift work.

The report highlighted that while overtime payments recorded a slight drop overall, they remain at really high levels and this should concern both the police force and the finance ministry.

The report also criticised the bad utilisation of space for police force needs. He said that two years on from the relocation of the National Guard central command to defence ministry space, a significant number of offices that could have been utilised for police force needs, replacing rented space, remain empty. This is because the Public Works department cannot guarantee the safety of the building before static and anti-seismic adequacy are ensured.

In its conclusions, the report indicates justice ministry weaknesses in complying with relevant legislation and regulations, problems with monitoring spending and major delays in resolving the police force housing needs.

Ιt points to shortcomings in implementing established processes and recommends the creation of a reliable internal control system that will secure adherence to regulations in every sector of the ministry’s competence.