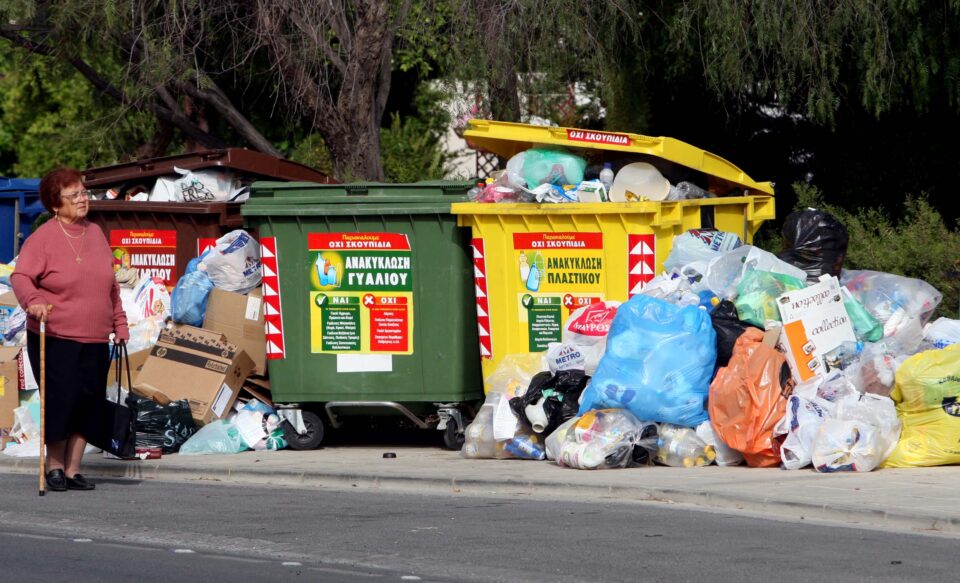 Cyprus produced 543,000 tonnes of solid waste in 2020, down 4.9 per cent on the 571,000 the previous year, the Cyprus News Agency’s Kyriaki Christodoulou reported on Friday — World Recycling Day.

This is celebrated every year on March 18 to raise awareness on the important role of recycling and reuse which are the key to convert waste into resources for a circular economy.

According to the national waste management plan, the key to the circular economy is to turn waste into a resource. The goals and objectives set in European legislation are key for improving waste management, motivating innovation in recycling, reducing landfill use and creating incentives to change consumer behaviour.

EU figures show that in Europe today, 16 tonnes of materials are used per person per year, of which six tonnes end up as waste. Even though waste management continues to improve in the EU, the European economy is still losing significant amounts of potential secondary raw materials, such as electricity waste metal, wood, glass, paper and plastic.

According to the Environmental Data Centre and Eurostat, in terms of household waste alone, every person in Europe currently produces, on average, half a tonnes of this waste. Only 40 per cent is reused or recycled, and in some countries more than 80 per cent still ends up in landfills.

Waste electrical and electronic equipment (WEEE) such as computers, televisions, refrigerators, and mobile phones are the fastest growing waste streams in the EU.

Construction and Demolition Waste is one of the heaviest and most massive waste streams generated in the EU and is considered a priority stream. They account for 25 per cent to 30 per cent of all waste generated in the EU and consist of many materials, including concrete, bricks, plaster, wood, glass, metals, plastics, various solvents, asbestos and excavation soils, most of which can be recycled.

Most licensed metal waste managers in Cyprus (collection, transport, and treatment) are also licensed to manage waste streams of electrical and electronic equipment, ink and tonnes. A total of 107 licensed entities are listed. Also, there are currently 23 Green Points and four mobile units operating in Cyprus.

Clinical waste is collected by producers / holders of clinical waste (hospitals, clinics, dental clinics, large livestock units, etc.) by licensed collectors and transported to licensed treatment plants, where they are subjected to the appropriate sterilization and then waste is disposed of in appropriate waste disposal sites. There are only two licensed involved management bodies in Cyprus.

Hotels and restaurants / taverns are required by law to comply with contracts with licensed collectors.

According to a survey in Cyprus, 73 per cent of the households are buying more food than the required amount and 85 per cent of households said that when preparing or ordering food, there is always a surplus. According to the survey, the average household throws 23 per cent of its weekly purchases in food, vegetables and fruits in the trash.

Our View: English-language courses at state universities will be problematic