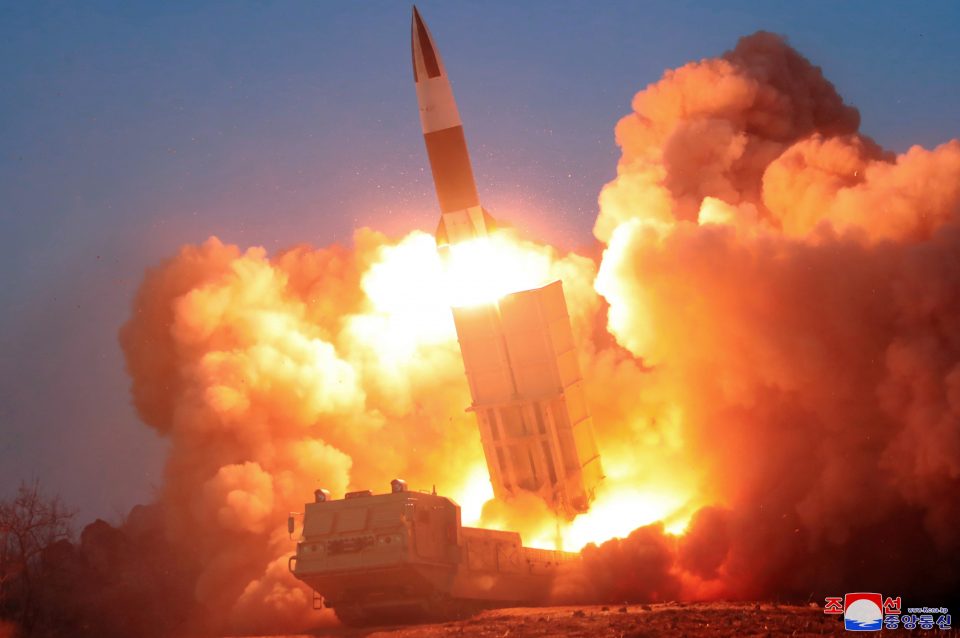 North Korea fired what is thought to be an intercontinental ballistic missile (ICBM) toward the sea off its east coast on Thursday, militaries in South Korea and Japan said, in what would be the first full-capability launch of the nuclear-armed state’s largest missiles since 2017.

South Korea’s Joint Chiefs of Staff said it had detected the launch of an “unidentified projectile” from North Korea. It said the launch was assumed to be a long-range missile, possibly an intercontinental ballistic missile (ICBM) fired on a “lofted” trajectory high into space, Yonhap news agency reported.

South Korea’s Ministry of Defense did not immediately confirm whether the test involved an ICBM. North Korea has not tested such missiles at full range or capability since 2017.

On March 16, North Korea launched a suspected missile that appeared to explode shortly after liftoff over Pyongyang, South Korea’s military said, amid reports that the nuclear-armed North was seeking to test-fire its largest missile yet.

The United States and South Korea have warned in recent weeks that North Korea may be preparing to test-fire an ICBM at full range for the first time since 2017.

“The purpose of these tests, which did not demonstrate ICBM range, was likely to evaluate this new system before conducting a test at full range in the future, potentially disguised as a space launch,” a U.S. official said at the time.

Pyongyang did not identify the missile system used in those launches, but said they were testing components for a reconnaissance satellite system. Leader Kim Jong Un said this month that North Korea would soon launch multiple satellites to monitor military movements by the United States and its allies.

Thursday’s launch would be at least the 13th ballistic missile test fired by North Korea this year, an unprecedented frequency that has drawn condemnation from the United States, South Korea and Japan.

North Korea last conducted a full ICBM test on Nov. 29, 2017, when it said it had successfully launched a new type of ICBM, called Hwasong-15, that could reach all of the U.S. mainland. That missile flew for 53 minutes, similar to the flight time of Thursday’s missile.

Amid a flurry of diplomacy in 2018, Kim declared a self-imposed moratorium on testing ICBMs and nuclear weapons, but has since suggested North Korea could resume such testing amid stalled denuclearisation talks.

On Jan. 19, North Korea said it would bolster its defences against the United States and consider resuming “all temporally suspended activities”, according to state news agency KCNA, an apparent reference to the self-imposed moratorium.

The missile, which has been shown on a transporter vehicle with 11 axles, would be one of the largest road-mobile ICBMs in the world if it becomes operational.

Its diameter is estimated to be between 2.4 and 2.5 meters, and its total mass, when fully fuelled, is most likely somewhere between 80,000kg and 110,000kg, according to 38 North, a U.S.-based programme that monitors North Korea.