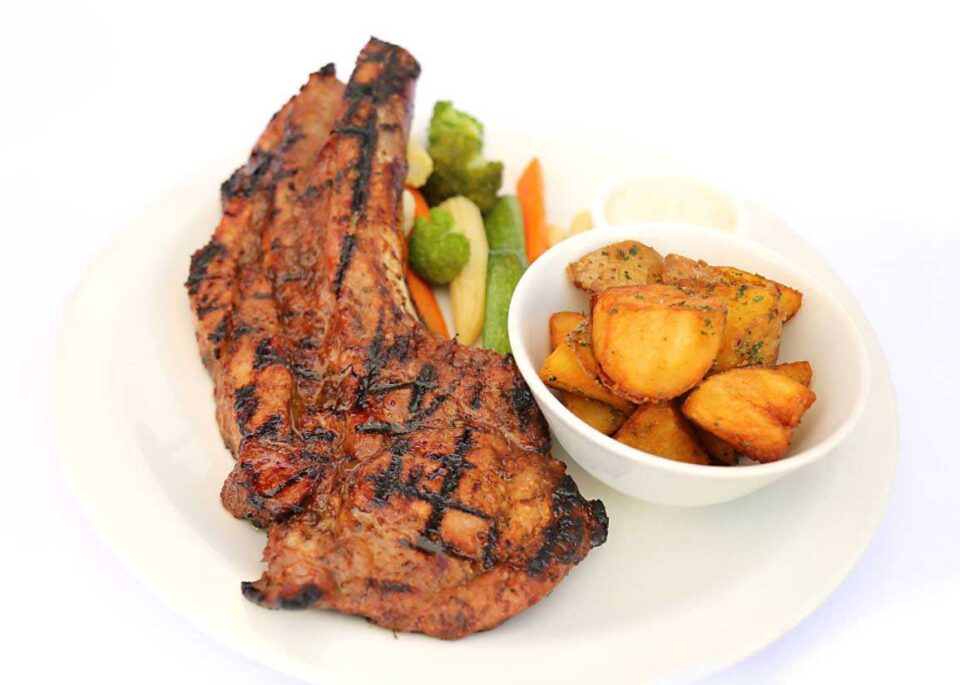 Perhaps it was an unconscious decision prompted by the surprisingly vicious cold snap currently gripping the island, an unwitting turn towards familiarity and reliability, but visiting Chesters recently was not so much the seeking of new flavours, rather more akin to touching base with an old favourite.

Found on the very edge of Limassol, near Amathounda, Chesters has evolved from its more traditional pub roots in the late 90s to become a Limassol staple, gradually moving up the scale of quality, range and price along the way, while springing a miniature restaurant scene of its own, through the creation of Uptown Square, encompassing the three other establishments on its doorstep.

The restaurant is split into three sections, interior, outdoor area and deck, and an additional lower-level exterior area, with the latter reflecting the high demand they have had to accommodate in recent years. On the night of our visit, guests were limited to the somewhat protected section of its outdoor area, which includes outdoor heaters, where smoking is allowed and shishas can be ordered. We had made a reservation well in advance to ensure that we would be inside, nestled in its wood-heavy interior.

Our drinks included a bottle of red wine, Cypriot winemaker Vlassides’ excellent shiraz, and a cup of piping hot Rooibos tea, with both options being perfectly suitable for a chilly March evening.

For starters, since one of us was fasting, we picked grilled button mushrooms and guacamole dip. The mushrooms, accompanied by a wedge of fresh lemon and sprinkled with parsley, were surprisingly good for such a simple dish and should prove to be more than enough for two or even three people, provided they are indeed meant as a nibble. The guacamole dip, accompanied by thin, toasted pitta, was again pretty good, fresh-tasting with notable hints of lemon and coriander.

The first main was the Mongolian pork chop, one of three different pork chop options. It comes marinated in a sauce influenced by its description, served with country potatoes and seasonal vegetables. They were happy to replace both sides with mash and a fresh salad, while accommodating a request for tzatziki at no extra charge. The chop itself was as juicy and well-cooked as you would hope for the price, which is a general reflection of the establishment as a whole. It is not a budget restaurant, but you get exactly what you pay for, including in terms of service provided, with the servers being polite, welcoming and helpful.

The second dish was pan-roasted sea bass, served with baby potatoes, Kalamata olives, cherry tomatoes, capers and lemon confit. The fish was very well made, with a welcome crust on the outside while being soft on the inside, falling off the proverbial bone. The addition of lemon confit was inspired, elevating the citrus flavour that goes so well with fish. However, we thought the dish could lose the olives.

Desserts included a sour berries sorbet, which tasted fresh, nicely balancing sweetness with more tart flavours, as well as a chocolate fondant, served with vanilla ice cream, which was again, very good. All in all, a very pleasant experience, which was, as mentioned before, far from a surprise.

WHERE Chesters bar and restaurant, 194, Amathoundas Avenue, B1, Pareklisia, Limassol

‘Indefensible’: UK’s Sunak under fire over response to cost of living crisis

Challenges arise as Russia calls for gas payments in roubles