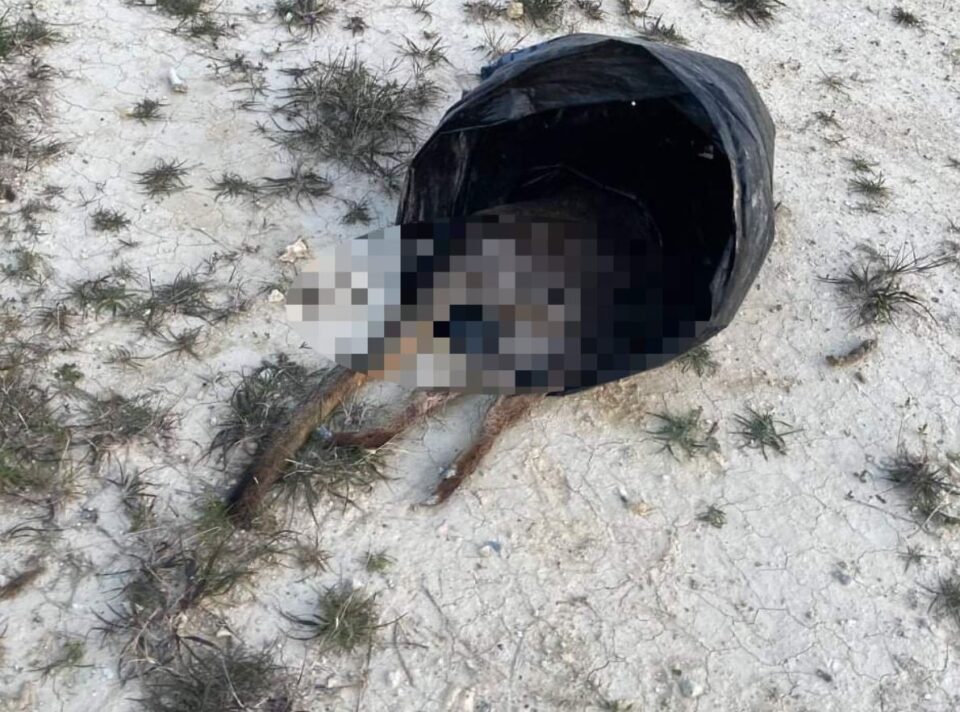 The Animal Party on Saturday accused Limassol Zoo of dumping dead animals in a landfill in municipal plastic bags instead of properly disposing of them, saying that the responsibility for such a violation “involves many people for whom no excuses can be made”.

The party said that it had been tipped off by a private individual that the zoo has been dumping animal carcasses in Limassol municipality bin bags at the Vati landfill in the district.

Limassol municipality said later it had ordered a “full, thorough, objective and transparent investigation of all aspects and possible liability”.

The Animal Party published a series of distressing photographs showing a number of different small dead animals some sticking out of the bags and some just lying on the ground among the rubbish.

“It’s a disgusting spectacle that can only make you feel sadness and indignation, because certain people did not respect neither laws nor procedures, but crucially did not respect these innocent animals who were removed from their natural environment, from their home, and were trapped at the Limassol zoo,” the party said in a statement.

Among the animals listed as having been dumped at the landfill are dead kangaroos, wallabies and owls, with one of the owls being a protected species. It’s carcass still bears the tag used to track its origin and habitat.

“There can be no excuse and no mitigation because what has happened cannot be brushed aside under ignorance of the law and procedures,” the party said.

The party raised a number of questions that need to be answered, as well as listing key individuals and public bodies that may be involved in the situation.

Citing a relevant piece of legislation, the party has requested a log of the zoo’s population and how this has fluctuated, as well as how the state’s veterinary services oversaw the implementation of the relevant procedures.

“How and why were these animals found in the landfill in Vati?” the party asked. “The “law is specific for all actions that should be carried out and it appears that none of them were observed”.

The party further castigated the state veterinary services, accusing them of knowingly allowing this to happen, while asking what precautions were taken in order to safeguard public health and limit the spread of any animal-borne diseases.

In addition, it asked why the animals weren’t incinerated or given to a professional company that does this work.

The party also asked for information from the Limassol zoo head veterinarian, asking them to explain how these animals died, and why the owl, which was brought in from abroad, ended up being dumped at Vati.

“Who are they reporting to and how long has it been going on?” the party said.

The party stated that it had issued warnings to two ministers in the past about Cypriot zoos, saying either the ministers were not being properly informed about what’s taking place or that some people are choosing to ignore what’s happening.

The party said that such incidents took place in the past as well, citing the death of Julie the elephant at Limassol zoo, whose carcass was also dumped at the Vati landfill.

“We demand that the minister of agriculture, the police, and the mayor of Limassol order an immediate investigation of the incident,” the party said, saying that they will not rest until the culprits are found and punished.

“If and when the culprits are identified through the investigation, the least they should do is to resign, because they simply allowed or approved of this situation evolving the way it did and it’s too much of a shame for these innocent animals,” the party concluded.

Illegal casino shut down in Paphos