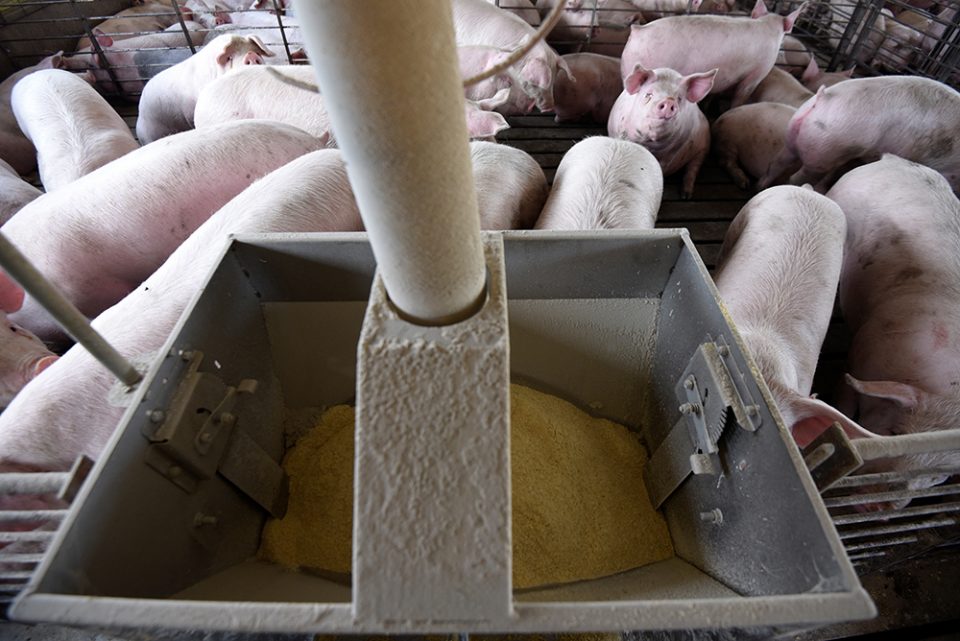 The agriculture ministry is working on proposals to support livestock breeders that will go to the cabinet for approval the soonest possible, the ministry said as it welcomed a European Commission decision on food security that sets out guidelines for such support.

The surge in grain prices amid Russia’s invasion of Ukraine has alarmed both farmers and consumers. The government has already purchased 36,000 tonnes of barley and corn to beef up local stocks and has assured livestock farmers there is adequate animal feed until May.

On Monday, sheep and goat farmers – some with animals in tow – took to the streets of Nicosia to demand support, as well as implementation of the halloumi PDO which sets out minimum quantities of sheep and goat milk that must be used to produce the traditional Cypriot soft cheese.

EU agriculture ministers met on Monday to discuss the impact of rising prices – from animal feed to electricity – on the sector.

On Wednesday, the European Commission presented a range of short-term and medium-term actions to enhance global food security and to support farmers and consumers in the EU in light of rising food prices and input costs, such as energy and fertilisers.

The agriculture ministry said it was particularly important that the EU was taking an active role in addressing food security. It welcomed the measures to safeguard the resilience of the food chain and noted the significance of healthy competition to tackle profiteering.

“The agriculture ministry recognises that the consequences from the Covid-19 pandemic and Russia’s invasion of Ukraine have put the agricultural world and especially our livestock farmers in a difficult position,” it added.

Since January 2020, the government has adopted measures that led to aid of €55m for farmers to deal with the fallout from the pandemic and damage to crops and animals.

“In the same way, the government is determined to support our livestock breeders during this difficult period,” it said.

In its announcement, the Commission said it was committed to taking all necessary measures to ensure that the EU, as a net food exporter and top agri-food producer, contributes to global food security, particularly in Ukraine, North Africa and the Middle East, which largely rely on imports of cereals, as well as in Asia and sub-Saharan Africa.

It noted that food availability is currently not at stake in the EU, since the continent is largely self-sufficient for many agricultural products. However, the agricultural sector is a net importer of specific products, for example feed protein. This vulnerability, together with high input costs, such as fertilisers and fossil energy, is causing production challenges for farmers and risks driving up food prices, it said.

The Commission said it would provide support to ensure food security for Ukrainians.  Regarding support for EU farmers and consumers, it said that to improve affordability of food, Member States may implement reduced rates of VAT and encourage economic operators to contain retail prices.

Member States can also draw from EU funds such as the Fund for European Aid to the Most Deprived (FEAD) which supports EU countries’ actions to provide food and/or basic material assistance to the most vulnerable.

The Commission also adopted a support package of €500m to support producers most affected by the serious consequences of the war in Ukraine.

On this basis, Member States can provide additional financial support to farmers to contribute to global food security, or address market disturbances due to increased input costs or trade restrictions. Support for farmers engaged in sustainable practices should be prioritised, whilst also ensuring that the measures target the sectors and farmers who are the hardest hit by the crisis, it said.

It also approved more advances of direct payments, as well as area- and animal-related rural development measures, to farmers as of October 16, 2022 and market safety-net measures to support the pig-meat market in view of the particularly difficult situation of the sector.

The Commission also approved an exceptional and temporary derogation to allow the production of any crops for food and feed purposes on fallow land, while maintaining the full level of the greening payment for farmers. This will enlarge the EU’s production capacity in spite of the limited availability of fertile land.

Specific temporary flexibilities to existing import requirements on animal feed will contribute to alleviating the pressure on the feed market. The Commission said it has proposed a new, self-standing Temporary Crisis Framework that also covers farmers, fertiliser producers and the fisheries sector. This allows state aid to farmers affected by significant increases in input costs. Fertiliser prices and supplies for farmers will be monitored to ensure that the prospects for EU harvests are not jeopardised.

The Commission also proposed that Member States communicate data on private stocks of essential commodities for food and feed on a monthly basis to have a timely and accurate overview of their availability.

Our View: We need to stop formulating education policy by popular demand