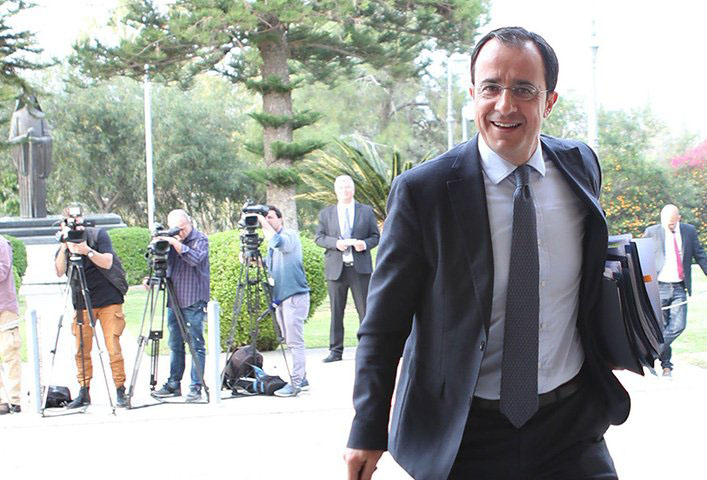 The Diko-Akel “divorce” has fanned the flames of speculation ahead of next February’s presidential elections, amid reports that a key wing within Diko wishes to support former foreign minister Nikos Christodoulides.

The announcement of the split came late on Tuesday night following a long internal Diko meeting, as the two and a half months of talks with Akel failed to yield the desired results of a common candidate acceptable to both parties.

Diko said it is ruling nothing out as to where it goes next.

The party’s secretary general Athos Antoniades told Alpha on Wednesday morning that “we will investigate the various proposals with the other parties and individuals, of whom Mr Christodoulides is clearly one of the people with whom we will have discussions.”

The former Disy high-flyer Christodoulides is keeping a low profile following his resignation as foreign minister after he was accused of running a covert presidential campaign.

Although he has not yet officially declared his candidacy, the Cyprus Mail previously reported that Christodoulides is currently in the process of organising his own election team and will be making relevant announcements.

“I’ll speak plainly, too, Mr Christodoulides is one of the candidates of whom we’ll analyse, we’ll hear his positions, his thoughts,” Antoniades said.

As for Neophytou, Antoniades said that nothing can be ruled out but that while the Disy leader’s platform has been put forth Diko had no part in this.

Some pointed out that Diko appears to have taken the initiative in announcing what has been termed “the divorce” with Akel in favour of issuing a joint announcement.

But Akel’s parliamentary spokesman Giorgos Loucaides said “there is no divorce because to do that first you have to get married.”

He added that it was always going to be a challenge to turn proposals into action, adding that the two parties have different priorities.

But Loucaides was pressed as to whether political differences really were the deciding factor – as it was pointed out that the positions of both parties on almost all the issues are already well known.

“What is it if not the name and the face of the [proposed] candidate?” Loucaides was asked by Alpha, as to where the sticking point really lay.

“Yes, the difficulties were firstly and mainly on who the candidate would be,” he replied, but added that previous talks had indicated that it would be possible to settle the issue.

“But as you understand each candidate is politically charged… there is a political dowry attached, that’s where there were difficulties,” Loucaides said.

He declined to answer whether Akel had put forth specific candidates, reasoning those further details would lead the discussion into becoming a blame game.

Loucaides said that he remains optimistic as regards Akel’s presidential prospects, saying that opinion polls continue to show the public desiring a new start and a distancing from the current government’s course.

Notably, he said that Akel is seeking a candidate with wider public acceptance – beyond party leaderships – saying that their priority is a candidate with broad trust and support from the electorate.

Akel’s secretary general Stephanos Stephanou later in the day struck a conciliatory tone with Diko on the split but hit out hard against ruling Disy – vowing to oppose any candidate put forth by the ruling government.

“The [Diko split] does not mean that the bridges of understanding between us have been burned, nor that we have abandoned our strategic aim of progressive change,” Stephanou said, promising that Akel will have further announcements soon.

Diko’s Antoniades said that while there were various issues raised as to how to proceed there was overall unity in that the current course had to be altered.

Diko the second largest opposition party, has taken on the role of kingmaker in previous elections.

Antoniades stressed that no one was to blame for the failure to find a common candidate with Akel, saying that real effort went into the honest discussions – from both parties.

He added that Akel first wanted a list of potential candidates to be agreed upon before progressing onto analysing the key policy issues.

Want to buy sustainable Easter chocolate? Pick from our list of ‘good eggs’