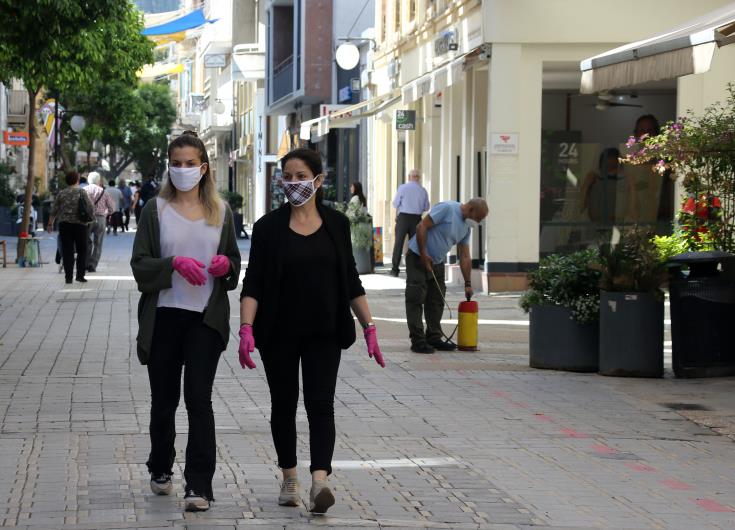 The demand for apartments and houses for rent in Chloraka has increased this year, primarily among Germans and Northern Europeans, Chloraka mayor Nikolas Liasides said on Friday.

In statements made to the Cyprus News Agency, Liasides noted that the relative loss of momentum observed last year in terms of the demand for rentals has been completely overcome.

At the same time, he added, the settlement of Ukrainian refugees from the area of ​​Mariupol, whose relatives live in Chloraka, has also commenced.

Liasides also pointed out that an increased tourist flow is expected in the summer and estimated that the hotels of Chloraka, which have 5,500 beds in total, are expected to be as busy as they were in 2019, the last year before the pandemic.

In addition, the Chloraka mayor said that residents of 25 different nationalities live and work in the area, noting that a large percentage of them own real estate.

Finally, Liasides added that Chloraka also has 5,500 properties, 300 businesses and 3,200 privately owned residences, of which 2,000 are apartments for rent, as well as permanent and temporary residences.

The Cyprus University of Technology (Tepak) on Friday announced that its sea traffic management in the Eastern Mediterranean (STEAM) initiative has been nominated for a sustainability award by the International Association of Ports and Harbors (IAPH).

“We are proud to announce that the STEAM project is nominated for the 2022 Sustainability Awards of the IAPH (International Association of Ports and Harbors) in the field of digitisation,” the university said in a statement.

“The result of the evaluation by the jury (70 per cent) and the public vote (30 per cent) will jointly determine the six final winners (one in each category), who will be announced during the official dinner of the IAPH World Ports Conference Gala Dinner in Vancouver on May 17, 2022,” Tepak added.

The STEAM project, implemented at Limassol port, is currently catalogued in the association’s World Ports Sustainability Programme (WPSP) as one of 237 port projects worldwide applying the United Nation’s Sustainable Development Goals in practice.

The STEAM Project is catalogued in three different categories, digitalisation, environmental care, as well as health and safety.

The Cyprus Investment Promotion Agency (Invest Cyprus) earlier this week presented its initiatives and actions during its annual general meeting, where Finance Minister Constantinos Petrides was also in attendance.

The Cabinet of Ministers recently appointed the Minister of Finance as the government’s representative to the organisation, able to act through and on behalf of the Republic of Cyprus, and to whom the agency’s board of directors will refer.

Invest Cyprus’ chairman Ioannis Matsis spoke on the agency’s goals and objectives, noting that these are fully aligned with the government’s strategy, including in terms of priority sectors and the need for sustainable growth.

“Although 2022 is turning into another year of significant and unprecedented challenges, Ioannis Matsis assured the minister that the board of directors and the staff of the organisation will intensify their targeted efforts to promote Cyprus as an ideal destination for international companies with highly qualified staff, an international financial centre and as a destination with significant investment opportunities,” the agency said in a statement.

War on Ukraine: the day after

New paths and view points to be installed around Nicosia walls