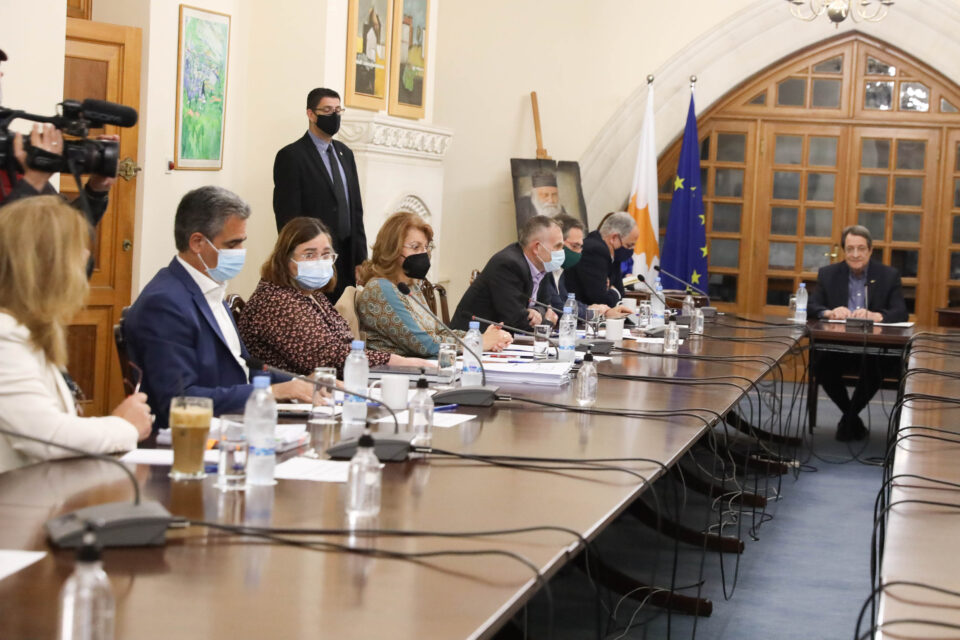 President Anastasiades chaired a meeting on Koshi on Monday evening

Open tenders for new pits at the Koshi landfill will be launched in May, it was announced on Tuesday, as authorities seek a remedy to the waste dilemma.

Agriculture Minister Costas Kadis said that bidders will have a 15-day deadline.

A study has shown that the volume of waste covered at the treatment facility so far comes to 1,245,500 cubic metres – close to the maximum capacity of 1,450,000 cubic metres, set to be reached by November.

Kadis explained that one way of tackling the issue is that waste can be filled into newer pits as they are excavated, rather than waiting for the entire project to be completed first.

That would extend the overall lifespan of the Koshi landfill bit-by-bit, Kadis said.

Officials on Monday held an extraordinary meeting at the presidential palace aimed at finding a solution to the treatment plant which services waste from Larnaca, Famagusta and Nicosia.

Of the two options on the table, they settled for a middle of the road approach – one which is aimed at settling the issue in the short-term and avoid rubbish piling up on the streets.

It has also been ascertained that only very limited expansion works to the current facility are possible and would not definitively resolve the issue.

As such, the relevant government departments have come up with two scenarios. Under the first, the government would cut corners with a no-bid contract assigned for the construction of a smaller treatment plant, to operate for about a year until it reaches capacity. This quick-fix solution would cost some €3m. In the interim, an open competition would be launched for a new facility, replacing the current contractors.

Kadis announced after the meeting, urgently convened by President Nicos Anastasiades, that an open tender will be launched, but with summary procedures.

Kadis stressed that the process will be transparent and legitimate, but one which will ensure the implementation of the project within the next few months.

Under the second scenario, a contract would be awarded for an entirely new site on a 10-year basis. The cost in this case is estimated at €6m.

Building a new facility from scratch would take at least a year, according to reports. It would also require an environmental impact study.

The Koshi plant has been operating for around 13 years. The concession to the contractors expired in June 2021, but a two-year extension was granted.