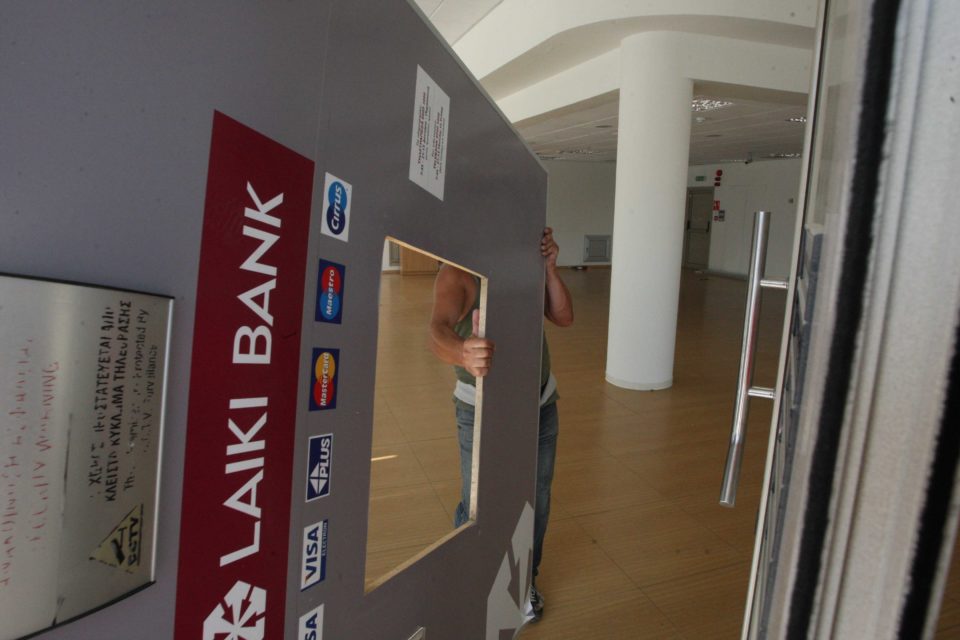 A court has ruled that the state has no responsibility for the bail-in imposed on depositors of Cyprus Popular Bank (CPB) in 2013, when the lender was wound down as part of a rescue plan agreed between the Republic and the EU.

In a judgement, Larnaca district court found that the plaintiff – who demanded €975,000 for deposits wiped out in the ‘haircut’ – had no claim against the Republic, but said he still had a rightful claim against CPB.

The press release about the ruling did not name the plaintiff. But the Cyprus Mail understands the plaintiff is a Cypriot national who resides overseas. The plaintiff was suing both CBP and the state for violating his property rights.

CPB (or ‘Laiki’) was placed under resolution in 2013, its depositors at the time classed as creditors for the purposes of the ‘haircut’.

Since then, earnings from the sale of its assets have been channelled into a special account held with the Central Bank of Cyprus in its capacity as the Resolution Authority.

By the time it folded, CPB had amassed some €9bn in emergency liquidity assistance (ELA), the bulk of which was greenlit at a time many believe the bank was insolvent.

ELA is authorised by national central banks. According to the regulations, insolvent banks are not eligible for ELA.

That debt was transferred to the Bank of Cyprus, which absorbed most of CPB’s operations.

In its ruling, Larnaca district court let the state off the hook, saying the Republic is not legally responsible for the damages suffered by CPB customers as a result of the measures and decisions taken by virtue of the Resolution of Credit and Other Institutions Law of 2013.

It also stated no link can be established between the Republic’s debt and the collapse of the banking system.

According to an explanation of the ruling provided by the attorney-general’s office – who represented the Republic in the lawsuit – the court was of the opinion that the bail-in ultimately salvaged the Cypriot banking system as a whole, ensured access to insured deposits, and also ensured that the cost of placing the banks under resolution was not passed onto taxpayers.

Additionally, the court described as “generic and vague” the plaintiff’s assertion that the Republic failed to apply in a timely manner for financial support from the European Stability Mechanism or ESM.

It noted that in its view, “it has not been proved, to the extent necessary, that there exists a causal link between the damages sustained by the plaintiff and the omission of the Republic in applying to the ESM in a timely fashion.”

The court said the state made several efforts to rescue both CPB and Bank of Cyprus.

Regarding the violation of the plaintiff’s property rights, the court acknowledged that a banking agreement constitutes a right to property, and that the plaintiff’s right to enter into a contract was restricted.

But it reasoned that this restriction did not run counter to the constitution, nor the European Convention on Human Rights, as it “served the purposes of the public interest, in that it avoided a disorderly bankruptcy of the banks, as well as serving the interests of the plaintiff himself, since the measures taken ensured the payment of the insured deposits.”

The court did find that CPB still has contractual obligations to its depositors, including the plaintiff.

“As such,” read the attorney-general’s press release, the court deems that “Laiki Bank owes the plaintiff the remainder of his savings. The fact that it lacks the capability to pay it back, since its assets, titles of ownership and rights were transferred to Bank of Cyprus, does not overturn this right.”

It was not immediately clear if this last sentence was mere lip service or meant the plaintiff could now seek redress from Bank of Cyprus.

Despite being wound down, CPB still exists as a legal entity and registered corporation. After being placed under resolution, the Central Bank petitioned a court to appoint a liquidator for the lender. It’s understood that a liquidator has yet to be appointed.

Discover your creative voice at Limassol’s Blend the Space workshops