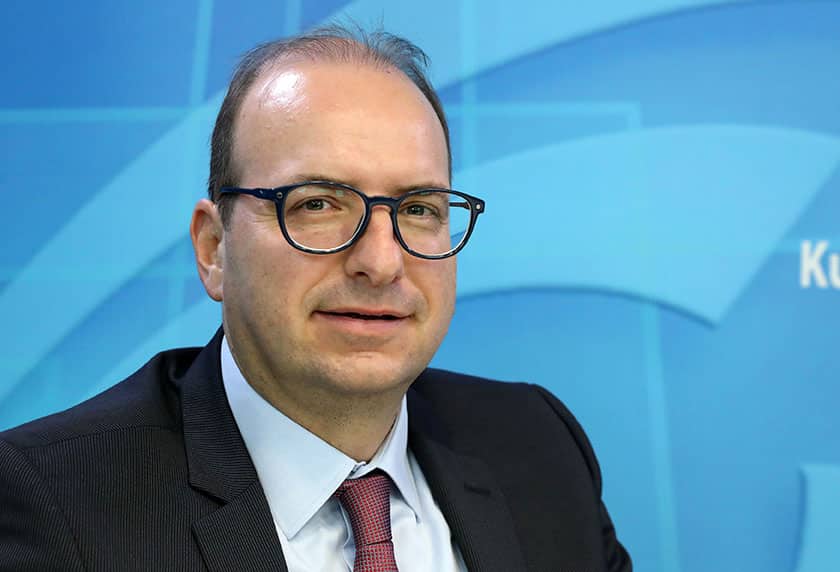 Cyprus acts as a bridge between the Middle East, the Arabian Gulf and Europe in the field of cybersecurity, Defence Minister Charalambos Petrides said on Wednesday.

“We need a genuine partnership focused on tackling the challenges of the digital age while unleashing its potential,” he said.

He was speaking at the inaugural event for an international course on the Role of the EU Cyber Ecosystem in the Global Cyber Security Stability jointly organised by the Cyprus Security and Defence Academy and the Digital Security Authority of Cyprus within the auspices of the European Security and Defence College for a second consecutive year.

The minister said that Cyprus has taken the initiative to take the lead for the region through the course, presenting the EU Cyber Security Eco System and best practices while also presenting opportunities for joint efforts to participants from the relevant EU institutions, member states, and partner states from the Middle East and North Africa.

Petrides spoke of the internet and the opportunities it has afforded the world “to reach new markets and innovate”.

“In a world of growing inequalities, access to internet is key for marginalised communities all over the world to grow, study and connect,” he said.

He also pointed out the increasing threats associated with the internet, such as cyberattacks, cyber warfare on national defence systems, propaganda and disinformation for political gain. “Cyberspace is a global commodity, and we all share an interest in keeping it safe and secure”.

Maintaining the freedom of cyberspace is becoming increasingly critical for the protection and promotion of human rights throughout the world, he added.

“However, technology also creates new vulnerabilities, including opportunities for terrorist groups and traffickers of arms, drugs and human beings, as well as for public and private actors to engage in counterfeiting and financial and economic crime.

“We don’t get to choose the kind of times we live in. But we can choose to try and shape our times”.

The minister also spoke about the EU’s Global Strategy, established six years ago, though which it has committed to engaging in cyber diplomacy and seeking international agreements on responsible behaviour in cyberspace, based on existing international law.

A global framework on cybersecurity is an integral part of the efforts to build stronger global governance, and a more cooperative world order, he said, adding that international cooperation is the main path to promoting a free and secure global internet.

Petrides said the EU has developed the Strategic Compass as a follow-up to the Global Strategy to address emerging threats in the cyber domain.

“As the EU embarks on developing the Cyber Diplomatic Toolbox and setting up an EU Cyber Defence Policy, today’s training course aims to contribute to this discussion.

“It is important to share information, exchange best practices, explore ways of cooperation and cross fertilize training and education opportunities,” he said.