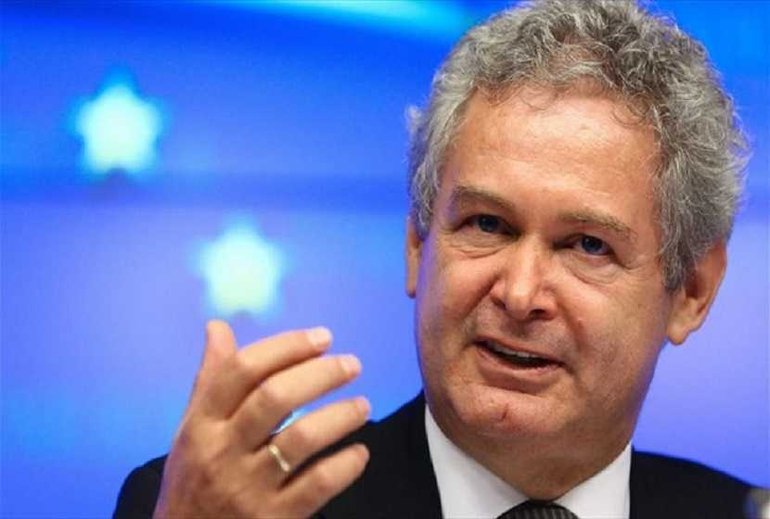 For the failure at Crans-Montana, Mavroyiannis bears substantial responsibility

It is not enough for candidates to promise change, they must say what this is and how it will be achieved

I confess I do not ‘belong’ to anyone. Neither to a specific political party, nor to any declared or rumoured presidential candidate. Who I will vote for in the forthcoming presidential elections is a matter that will be decided two to three days before the first round of the election process, after having carefully considered and evaluated the plans and the commitments put forward by the various candidates, my sole selection criterion being the interest of my country. The two issues I will focus my assessment on are (a) the long-term future of Cyprus, i.e., the Cyprus problem (because, if Cyprus has no future, then all other issues will end-up being empty of content) and (b) the fight against corruption and collusion (because the failure to contain the prevailing corruption and collusion in Cyprus, which enables the politicians to serve their own self-interests, seriously undermines the prospects of resolving the Cyprus problem).

Certainly, there is a need for change in these two areas. Change may be for the better but it could easily be for the worst. Therefore, those who evangelise change should not limit themselves to convincing us of the need for it (I, for one, am already convinced) but must tell us exactly where they will seek to take us and how they will seek to get us there. Then, and only then can they hope to secure our vote. The irony is that Averof Neophytou may prove to be more qualified to bring about the desired change than certain other potential candidates.

With this in mind, the interview of Stelios Platis (apparently one of the aspiring candidates, who may end up being supported by Akel) to Katerina Eliadi, on the Morning Review programme of Radio Politis on April 18, was a disaster. Platis said, and I quote: “For some time, now, I have been in contact with almost all the opposition parties, including those which are not represented in Parliament, and it is my great desire to contribute towards the attainment of change by getting these people together. I am committed to the process of change and to the process of getting rid of all the evils we have been forced to live with over an extended period of time. If I will be the one who is going to take on this role, that’s fine. …I hope that there will be a wide coalition of opposition parties, which will aim at bringing about change. …I have been working on bringing together under this banner as many people as possible. …We all have to work together to determine what has gone wrong in the past, to ascertain what needs to change and then get on with effecting the change”.

In the interview questions in what was, in my opinion, an excellent piece of journalism on the part of Eliadi, an attempt was made to get the interviewee to clarify what he believed had gone wrong in the past and to identify the path that will be followed to tackle the key issues of the political future of Cyprus and that of corruption and collusion. Platis simply failed to respond to the questions posed and, instead, resorted to vague generalities as a way of avoiding them.

But he did make an important statement: “If it proves necessary to make compromises, my position will be that we should make the necessary compromises, in order to converge on positions that would be acceptable to all those involved in the process and thus formulate and submit to the other side a proposal for resolving the Cyprus problem”. Eliadi’s response was to ask what would be the point of going through this process, which would get us back to square one? Her question remained unanswered. Platis adopted a broadly similar approach in his television appearance on Alpha TV the following day.

Platis has consistently served and continues to serve the ‘rejectionist’ camp. In 2018 he supported Nicolas Papadopoulos and, previously, he was a member of president Tassos Papadopoulos’ team, which was involved in the crucial negotiation of the Annan Plan. The suggestion that we should press on with the “practical preparation of our exit scenario from the eurozone” and, by extension from the European Union, was his and so was the position that “the inability of the shoddy structure of the European Union to respond to the people’s aspirations” would lead to failures. How such a person could lead to the re-unification of Cyprus is difficult for the human brain to grasp. Of course, under these circumstances it is relatively easy to understand the readiness of Diko to promote Platis’ candidacy, who could be supported (in the second round of the election process) by both Akel and Diko.

On a broadly similar basis Diko supports (in terms of substance) the candidacy of Andreas Mavroyiannis on the Akel ticket, with the intention of seeking (in the second round) an alliance between Akel and Diko, in the event that the Diko candidate (Nicolas Papadopoulos? or Nikos Christodoulides?) fails to make it through to the second round. As I have forcefully argued in the past, it does not make sense to elect as President of the Republic a person who has spectacularly failed in the past in the process of finding a solution to the Cyprus problem. A person that in the negotiations held in 2016/17, in Switzerland, managed to lead the process into a completely blind alley. For the failure at Crans-Montana, Mavroyiannis bears substantial responsibility, either because his handling of the situation was incorrect and inappropriate or because he was simply following instructions and did not have the strength to disassociate himself from the process. To the position of President of the Republic we do not wish to elect a weak-willed person who will simply be following the instructions of other people (be them local or foreign players), whose objective is to perpetuate the partition of Cyprus ad infinitum.

The critical issue is not which political party will succeed in getting its candidate elected as President. What has substance and importance is for the elected person to have a clear and detailed vision and the courage, the ability and the skills needed to achieve the realisation of his/her vision. We have had enough of meaningless vague promises and of lots of wishful thinking.