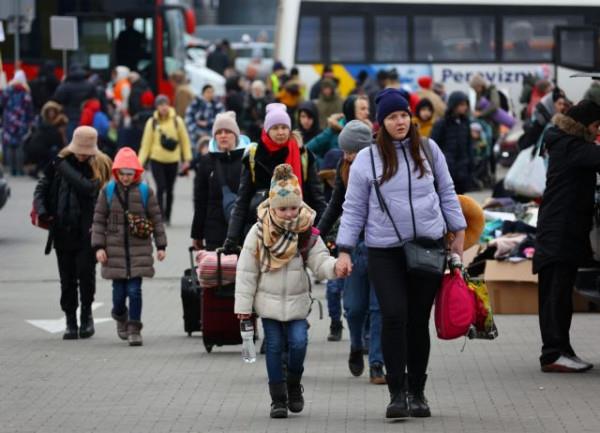 Most of the refugees, mainly women and children, hope to return home eventually, according to the survey of around 4,900 people from Ukraine living abroad

When it comes to real estate, it appears that the misery of other countries helps Cyprus from time to time. Those of a more ‘mature’ age, will remember a lot of interest from Lebanon in the past as a result of the civil war there, followed by the Yugoslavia war, then instability in Russia, and now the war in Ukraine.

Most of this foreign interest was moslty for Limassol and Larnaca helping to boost demand and retaining real estate values.

Now we are seeing the results of the situation in Ukraine with a sharp increase in rental demand (again in Limassol and Larnaca primarily) mainly for apartments and, to a lesser extent, office space. What is notable is that enquiries include slightly pricier properties, such as one-bedroom units for rent at €1.000 a month and offices at €20/sq.m., as well as more upmarket residential units at €2.000-€3.000 a month.

At the same time interest is coming in for whole apartment blocks, presumably for whole families and groups, and hotels to rent without clear intentions.

There is no demand, however, for high end properties, such as luxury units in high rises.

We do not know whether the demand will be sustained and how long it will go on for as it will depend on the ferocity and duration of this very unfortunate conflict.

Although the Cyprus government offers some financial assistance to Ukrainian refugees, this is not enough for long-term sustainable living and as such interest of such a nature should be looked upon with caution.

The interest is adding to the increase in rental values for apartments, already high for various resons, such as increasing building costs, increasing interest rates, inflation and so on. This will hurt locals who are already experiencing difficulties to cover current rents with the average level of income.

It is worth noting that the idea to have these Ukrainian refugees fill the staff gap in the tourim industry will not work. Most are well educated and highly skilled, as well as mostly being made up of women and children. In addition their knowledge of the English language is limited.

Alpha TV channel last Saturday featured a 14-year-old Congolese girl, who came to Cyprus almost five years ago. The girl, who came first in her class at a local Greek-speaking school, told an unfortunate story. After her family has worked hard for years, the father at a petrol station and the mother as a cleaner, with no handouts from the government, they are now under threat of being deported. This speaks to the not always evident but widespread racism on the island.

So far we have around 15.000 Ukrainian refugees – there will be more – to add to the refugees and migrants we already had, which amount to around 5 per cent of the population. These people can increase the labour force and help sustain the social security system.

Statistically speaking Italy needs 500.000 foreign residents per anum in order to sustain the population, Greece needs 100.000 and Cyprus, where we have one of the lowest birth rates in Europe, around 30.000 a year.

It is difficult to predict the end result of the refugee situation for Cyprus, but it is true that the misery of other countries can help Cyprus.

Man arrested for stabbing in centre of Nicosia

Seven years for one of suspects in Limassol court fire