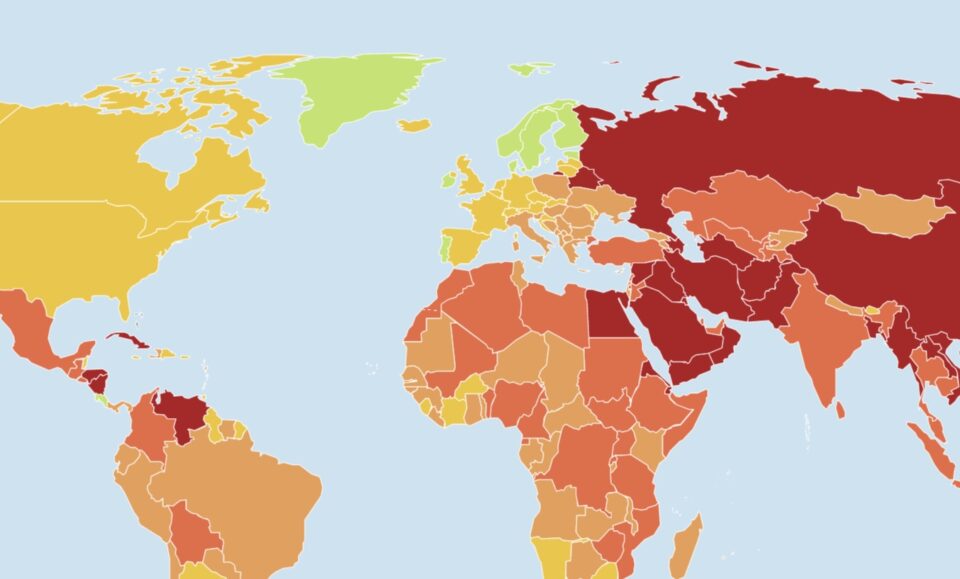 Political parties, the church, and commercial interests have significant influence over the media in the Republic, according to a Reporters Without Borders study which ranked Cyprus at 65 globally, a significant slide of 39 places from the previous year.

RSF’s annual report on World Press Freedom also stated that self-censorship is widespread, that politicians have leverage over the press due to their informal relationship with media owners while a “widespread sense of duty and loyalty to the government on the Cyprus issue” also impacts reporting.

The report was issued on Tuesday to mark World Press Freedom Day that is celebrated annually on May 3.

It also described northern Cyprus as having ranked at 81 out of 180 nations in the index, stating that problematic media ownership and Turkey’s growing influence is negatively affecting press freedom in the territory. Greece ranked 108 and Turkey was listed at 149.

Notably, the Republic ranked 26 out of 180 countries in RSF’s 2021 report but has since fallen to 65 – placing it between Mauritius and Poland. For context, Kosovo (61), Niger (59), the isolated Buddhist kingdom of Bhutan (33) and Namibia (18) all scored higher on press freedom than Cyprus.

It also stated that: “all journalists are expected to be ‘loyal’ to the government’s narrative when it comes to this [Cyprus problem] issue… Journalists questioning this line are often branded as ‘traitors’.”

It further found that editorial content is influenced by the media’s dependency on corporate advertising and sponsorship.

According to the report, although there are no serious physical threats or attacks, journalists are often subjected to online harassment.  Meanwhile, there are allegations of surveillance and hacking of the devices and electronic archives of a journalist, who published a book about corruption in the government. Police investigations failed to resolve the case.

As for the north, the report found that although pluralism is respected and journalists can criticise Turkish Cypriot authorities, Ankara’s pressure mounts when dealing with Turkey and its policies toward Cyprus.

“Cases are being brought against journalists who criticize the Turkish government and direct interference in editorial content is not uncommon,” it stated, adding that due to economic insecurity, many journalists carry out PR activities for private or public institutions or persons, which affects their objectivity.

Just last week, Turkish Cypriot newspaper publisher Sener Levent had a one-year jail sentenced imposed on him by Ankara for offending Turkish President Tayyip Erdogan. The sentence was later reportedly commuted to a €570 fine amid public concern over efforts to silence mass media.