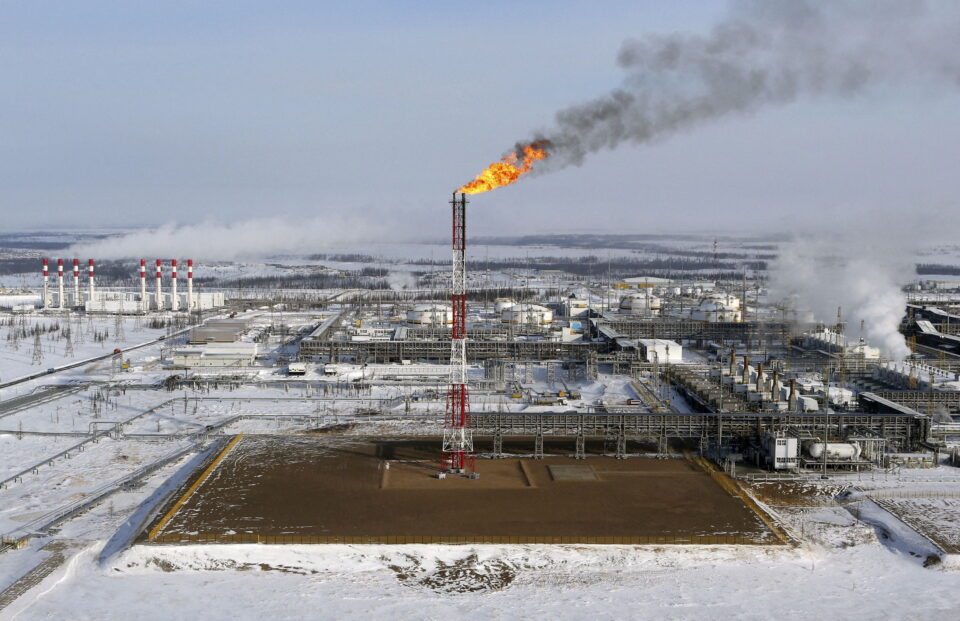 As Europe imposes more and more sanctions to reduce and eventually stop imports of Russian oil and gas, prices go from shock to shock, reaching highs never seen before. In an inter-connected world, this is not just happening in Europe, but also globally. And we have not yet seen the end of it. With the Ukraine war expected to last longer than most thought when it started, there is yet more pain to come.

The latest and toughest EU sanctions are directed at stopping oil imports by the end of the year, once Hungary and Slovakia agree to the terms. The mere announcement of the plan sent the Brent-crude price from about $106/barrel to over $113/barrel now – the highest since 2013. As these come into effect, first through a crude oil embargo in six months, to be followed by a complete ban on all oil imports by the end of the year, prices will only carry on increasing, with the likelihood they will exceed $120/barrel by then.

If, in accordance to the latest thinking, Europe proceeds to also apply secondary sanctions to stop Russia selling this oil to other countries at a discount, the impact on prices will be even stronger.

When fully applied, these sanctions will remove from the European energy market close to 3.5million barrels/day of Russian oil that will have to be replaced by oil from other sources.

This is happening at a time when global oil and gas supplies are tight. Under pressure from activists, shareholders, financial institutions, governments, even the courts, over the last few years, international oil companies have been slowing down investment upstream. It dropped dramatically following the oil price collapse at the end of 2014 and again in 2020 as a result of the pandemic. Upstream investment is now about half 2014 levels. This chronic under-investment has led to the current scarcity in oil and gas supplies.

But divestment has not reduced demand for oil and gas. Increasing sanctions against Russia inevitably takes more and more oil and gas supplies out of an already under-supplied global energy supply market, while demand is growing. Supplies that are not easy to replace – hence the high prices.

The war has magnified the problem. Both the EU and the US recognise that and are striving to find ways to increase oil and gas production. But the emphasis is on short-term measures that cover the period to 2030 – not conducive to developing Cyprus’ gas reserves. This includes squeezing more production out of existing fields and expanding existing facilities. But there is increasing doubt that such an approach will be sufficient. Oil and gas production will not rise fast enough, and not sufficiently, likely leaving Europe dependent on Russian oil and gas longer.

What is needed is increased investment, boosting oil and gas production to the levels required to support an orderly transition. But this will not happen if short-termism continues. Mixed messaging by the US and the EU discourages that.

With such policies, investing in new exploration and production becomes risky, limiting what can be done, stoking up the energy crisis problems for longer.

This must be recognised through more realistic and longer-term energy planning, supported by policy. You cannot cut out Russian oil and gas supplies and expect to contain price rises without doing something to replace these supplies.

With the war in Ukraine already becoming protracted, and efforts to cut use of Russian oil and gas intensifying, the situation is worsening. Gas prices are already at highs never seen before and are likely to go even higher if Europe takes any measures to restrict Russian gas supplies, or if Russia does it itself – as it did with Poland and Bulgaria. That action alone caused the gas price to soar by about 20 per cent.

New 10-year LNG contracts being signed now are priced at 16-18 per cent of the price of Brent-crude, resulting in gas prices remaining high beyond 2030.

It is no longer a spike in oil and gas prices. This is a prolonged trend with huge implications for energy costs, food production, industry, transport and so on. This was confirmed by the World Bank at the end of April. The bank said the Russian invasion of Ukraine will alter energy trade flows for years to come and that “overall, this amounts to the largest energy and commodity shock we’ve experienced since the 1970s. As was the case then, the shock is being aggravated by a surge in restrictions in trade of food, fuel and fertilisers,” worsening inflationary pressures globally.

High oil and gas prices are having a huge impact on Cyprus energy prices that are unlikely to ease for some time to come. By comparison, our neighbours Egypt and Israel have largely escaped this, benefiting from locally produced natural gas priced at about $5/mmBTU – six-times lower than in Europe.

Cyprus missed the opportunities it had in 2013 to develop its own gas and it is now paying the price. And it is likely to become worse. If the government’s plans to have the LNG import facilities at Vasilikos completed by July 2023 succeed, the switch of electricity production to gas will immediately push prices up by 25 per cent in comparison to the already very high levels today – another massive price shock for the already beleaguered Cypriot energy consumer.

This is after factoring in the lower cost of carbon dioxide emissions – gas produces about 25 per cent fewer emissions than diesel. With the futures-prices detailed earlier in this article, parity with diesel-produced electricity will not come until the end of the decade.

The fact that – based on informed industry sources – the LNG import project is languishing in quagmire, with the Chinese contractor and the state locked in a deepening dispute regarding rising costs and delays, may be a blessing, despite high emissions – at least in the short term.

The energy crisis has upended the global energy sector. With the prevailing markets and prices, projects that previously were not commercially viable are now getting a second chance. Cyprus must rethink its energy plans and policies accordingly.

Dr Charles Ellinas, @CharlesEllinas, is a senior fellow at the Global Energy Centre of the Atlantic Council

Tales from the Coffeeshop: Anti-British sentiment, like the tourists, is back