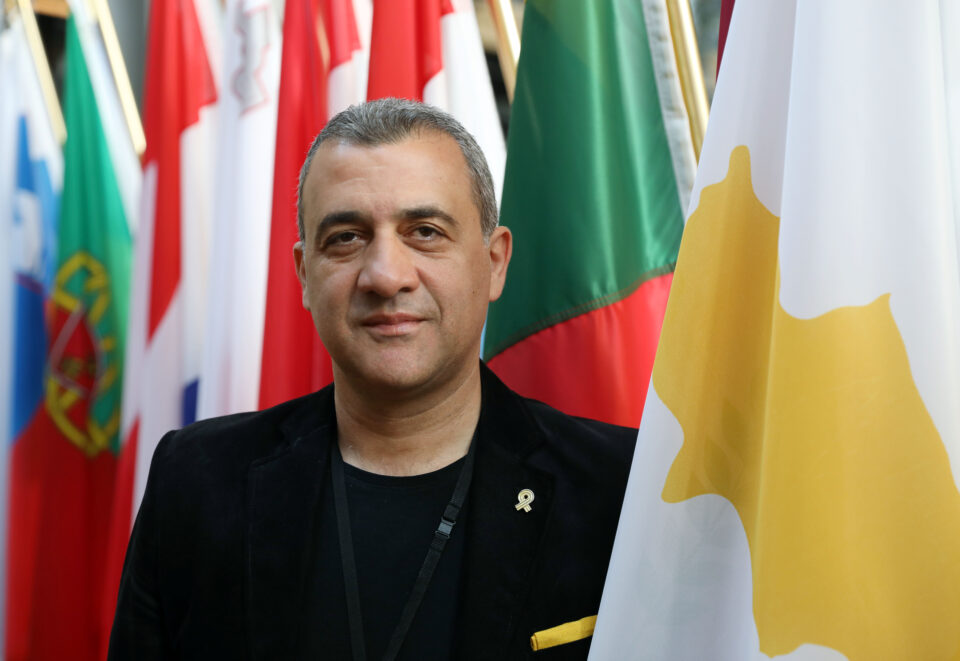 MY FRIEND who called to ask whether he was going mad or the world around him had gone mad was given a scientific answer to his question last week by the Eurobarometer.

In a survey of all EU member states, commissioned by the European Commission, the Eurobarometer found that Kyproulla was the only country of the 27 in which the majority of the population disagreed with the statement, ‘Russian authorities are responsible first and foremost for the current situation’ in Ukraine.

Admittedly, it was only a marginal majority, 51 per cent, and to look on the positive side, 45 per cent agreed with the statement. In answer to my friend, only half the world around him had gone mad and it is over-represented in the Paphos district.

We were only a few percentage points ahead of Bulgaria (46 per cent) and Greece (45 per cent), but a majority is a majority. In Hungary, which is run by a big Putin fan, only 34 per cent disagreed with the statement while the EU average, to put things in context, was a meagre 17 per cent.

Cypriots were the least likely to identify themselves with Europe since the start of the war, with only 19 per cent doing so. We were also, with Bulgaria, the only country in which supporters of sanctions against Russia were less than 50 per cent, but we were close at 48 per cent.

WHAT a pity Eurobarometer, had not included the question, ‘who is responsible first and foremost for the situation in Ukraine, if it is not Russia,’ and given a range of answers. It could have been Nato, Joe Biden, Volodimir Zelenskiy, the Azov Battalions, the European Commission, the CIA, the Illuminati, Bill Gates, George Soros, the IMF, multinationals, the US invasion of Iraq, the bombing of Yugoslavia.

I have heard most of the above as reasons for the war in Ukraine. It was certainly not the authorities of the country that are bombing towns out of existence, targeting civilians, committing atrocities, destroying infrastructure, raping and plundering. It is one of the above that made Putin order the invasion, against his will and better nature.

And to make matters worse, many of the above are now arming Ukraine, instead of allowing Putin to score a quick victory, denazify the country and introduce freedom and democracy.

IF A VARIATION of the Eurobarometer survey was done for Kyproulla, with people being asked to agree or not with the assertion, ‘The British authorities are responsible first and foremost for the current situation in Cyprus,’ I bet 95 per cent of the population would agree.

Anti-Britain sentiment is unwavering and it made a reappearance in the last few days. We had not witnessed any in the last couple of years, hoteliers being inconsolable about British tourists not visiting the island because of the pandemic, but now, like the tourists, it is back.

The latest wave was sparked by independent presidential candidate Giorgos Colocassides, in the hope of breathing some life into his dwindling campaign. Referring to the charity concert being organised by the British bases, to mark the Queen’s platinum jubilee and the friendship between Britain and Cyprus, Colocassides wrote on his Facebook page:

“The so-called friendship is at the very least debatable, in light of the role of the British after the founding of the Republic and even until today.” The celebratory concert was provocative, he said, adding that for the friendship to be celebrated there had to be a tangible change in Britain’s policy toward Cyprus and its people.

Britain’s policy towards Cyprus and its people did not stop Colocassides going to the unfriendly country’s top universities for his education. How provocative is that?

THE QUEEN is criticised in Kyproulla for failing to stop the hanging of nine Eoka fighters between 1955-59, and when she visited the island in 1993 for a meeting of Commonwealth leaders, there were some protests. One protester in Nicosia’s Eleftheria Square had a bucket for people to spit in as a show of their disgust, for the provocative visit.

The most pathetic reaction, so far, was the decision of the Disy MEP Loucas Fourlas, to withdraw his Little Heroes charity as a recipient of the concert profits. The other charity, One Dream, One Wish had no such plans.

Fourlas had agreed to have his charity’s name on the flyers for the concert which were out a month ago, but when he saw this week’s reaction he immediately decided to pull out. He told Phil, “after a briefing we received about the content and purpose of the event being organised by the British bases we contacted the organisers and asked that the Little Heroes foundation was immediately removed from the list of charity organisations that will receive cash assistance from the revenue of the event.”

The MEP will deprive the charity, which helps children in the Makarios Hospital cancer ward, of money because he wants to protect his personal image and political career. It makes you wonder who the Little Heroes charity was set up to actually help.

THERE was outrage in our dysfunctional, journalistic family when it was reported that the CyBC top brass had ordered the presenter of a lunch-time, current affairs show to dis-invite a guest from Edek. Edek deputy, Costis Efstathiou, was told five minutes before he was due to speak on the live show, by phone that he could not.

This led to the resignation of the presenter, Dinos Finikarides, from the show and a host of indignant articles in the newspapers. Efstathiou, incidentally, has been critical of his leader Dr Sizo who runs Edek like Colonel Gaddafi ran the Arab Socialist Union of Libya.

The order to cut Efstathiou was allegedly given by Rik’s recently appointed director of news, Yiannakis Nicolaou, but we were subsequently informed that it was all a misunderstanding and Rik head honchos never interfered in the work of journalists. Nicolaou is an Akelite, so why he would intervene to prevent criticism of Dr Sizo, nobody knows.

SPEAKING of Akelites, the comrades are currently in the process of selecting their presidential candidate. The 105-member central committee was meeting this weekend to decide who it will tell its members to ratify as the party’s candidate during the congress of the sheep in June.

From what emerged after last week’s the politburo meeting, the likelihood is that they will go for former chief negotiator Andreas Mavroyiannis, my friend Achilleas Demetriades probably being too bourgeois for the comrades.

If they do finally decide it will be Mavroyiannis, and Christodoulides eventually announces his candidacy, with Averof, the three main candidates will all be close associates of Prez Nik. The end of Nik rule and political change that all opposition parties demand will be achieved by making one of Nik’s closest associates the next prez.

Ukraine, the Orcs and Lord of the Rings