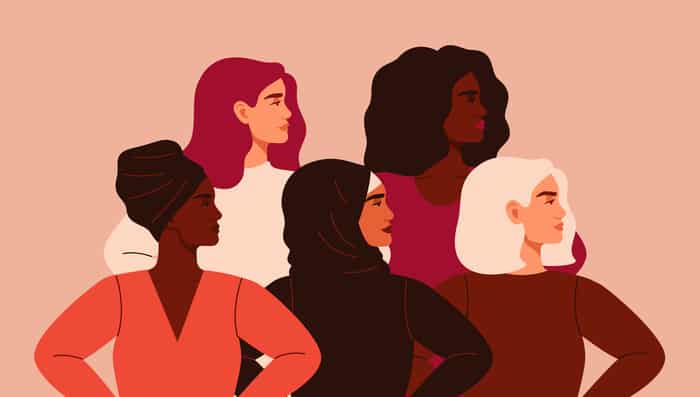 Cyprus’ very first festival for gender equality takes place on May 29. It will be a positive, proactive event for everyone discovers Alix Norman

In terms of gender equality, Cyprus is Not Great. That’s not just an opinion, you understand, but fact. On the Gender Equality Index (published by the European Institute for Gender Equality), Cyprus ranks 21st out of the 27 member states, with a score of 57, well below the EU average. Since 2010, the island has increased its score by eight points, and jumped up five places. But though the situation is improving, it’s still not ideal.

We’re doing worst in terms of ‘Power’. With a score of just 22.9 points out of a total 100 (which would indicate complete gender parity), the island ranks a measly 24th in terms of women in decision-making positions across the political, economic and social spheres. Look more specifically at the Economy, and just 13 per cent of company board members are female. And in the Political arena, which includes female members of parliament and regional assemblies, it’s not much better: just 25 per cent of the former are female, and 22 per cent of the latter category.

“Yes, Cyprus has been making enormous steps,” says gender equality expert Eleni Evagorou. “Over the last few years, we’ve seen a number of laws passed that promote gender equality. But few of these laws are actually being implemented; hardly a surprise when you look at the number of women in positions of power!”

Thirty-three-year-old Eleni is Head of the Organising Committee for Femme Fest, an upcoming festival that hopes to change the way the Cyprus public views gender equality. The first of its kind on the island, the festival aims to cultivate gender equality through the promotion of gender issues, the presence of women and a host of activities for the whole family.

Far from a shouty blame-fest, this event hopes to highlight the progress made thus far while also allowing space for productive, proactive discussions on gender equality in Cyprus. “Femme Fest is a positive event,” says Eleni. “It’s there to bring people together, not further divide them. And it’s inclusive: we know only too well that nothing will change without both men and women working together.”

An idea that was born from the Progressive Women’s Movement of Pogo (the Pancyprian Federation of Women’s Organisations) Femme Fest will take place on May 29 in the gardens of Eleftheria Square. “And all are welcome,” says Eleni. “This is not a festival just for women, but rather for the whole family: for men who want to learn how they can be part of this positive change, and even children – who are our hope for a future in which gender equality is no longer an issue.”

While the most important issues relating to equality in gender are often raised in Cyprus, she adds, these discussions tend to take place in lectures, conferences and parliament. “So unless you’re a student or a professor, a businessperson dedicated to such issues, or a political figure in a position of power, you’re unlikely to hear that much about gender inequality on the island.”

With the festival, Eleni and her team of 40 local volunteers hope to bring these discussions into the public arena, allowing everyone to have their say. “It’s about inviting people of any age, background, and gender, to join us – adding their opinions, contributing to discussions, learning how to implement gender equality, and generally thinking about issues that they may never before have considered.”

Pre-festival events including music nights and film presentations will take place across the country. “This isn’t just a Nicosia-based event,” says Eleni. “It’s for the whole island. Because raising awareness of gender inequality in this nation is a very important task…

“Consider not just the statistics, but also the day-to-day. According to the European Institute for Gender Equality, 81 per cent of women in Cyprus take on sole responsibly for care of the household and the children. We also find that women on the island are, far more than men, judged for their personal lives, their sexuality and their relationships. And women in Cyprus – who are, according to the Index, far more highly educated than men – generally find it more of a challenge to break into the STEM professions.”

As part of its activities, Femme Fest will be hosting various organisations, research institutes, NGOs, and universities working in the field of gender equality. “There will be lots of booths for the exchange of ideas – we want to hear your views as much as we hope to raise awareness through the information disseminated,” says Eleni. “And we will also be setting up a central stage to present activities led by women: cultural dance groups, singers, theatrical performances and so on.

“At the same time, we will be providing a separate area for children with fun activities. Not just to ensure that parents can find the time they need to participate in everything going on during the day, but also to get kids thinking about the roles men and women play in our society.”

Femme Fest will also offer a number of panels and discussions featuring experts in the field of gender equality from both Cyprus and, hopefully, abroad. “There are many such festivals across Europe,” says Eleni. “But this, I believe, is the first time that Cyprus has hosted such a public gathering. So this festival is incredibly important: working together, we can pave the way for real change.”

Who knows, in a decade or so, Cyprus might be up there with the likes of Sweden, Denmark, and The Netherlands, all of whom score over 75 per cent on the EU’s Gender Equality Index. But for the moment, along with the Czech Republic, Poland and Slovakia, the island rests well down in the bottom quarter, not even close to the EU average of 69 per cent. Cyprus is certainly not bottom of the list (that distinction goes to Greece, with a score of only 50.2). “But there is,” says Eleni, “a great deal of work still to be done. And it begins at Femme Fest!”

Femme Fest Cyprus will take place on May 29, in the gardens of Eleftheria Square, Nicosia. Entrance is free, and all are very welcome to attend. For more information, visit the Facebook page ‘FEMME FEST Cyprus’ or the Insatgram [email protected] femme.fest

Official Jubilee cookbook is perfect tribute to the Queen and gastrodiplomacy