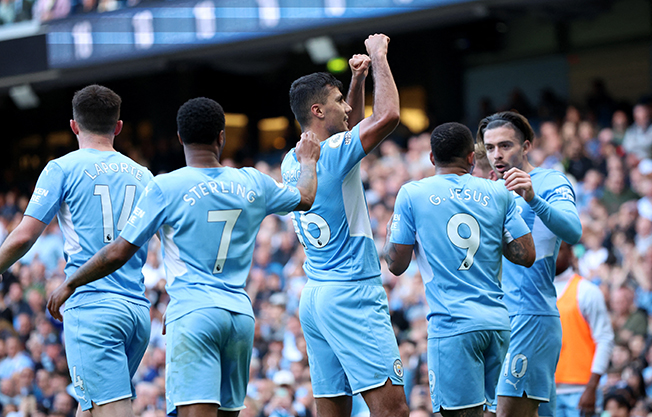 The 2021-22 Premier League season comes to a conclusion this week – with the title, survival and European qualification all on the line.

There are matches on Monday, Tuesday and Thursday night before the campaign concludes on Sunday afternoon.

Here, the PA news agency takes a look at what is at stake at both ends of the table.

Manchester City have the destiny of the championship still in their own hands, despite being held to a 2-2 draw at West Ham, where they missed a second-half penalty.

FA Cup winners Liverpool travel to Southampton on Tuesday night looking to cut the deficit down to just a point heading into the final game.

Defeat at St Mary’s, though, would see City crowned champions once again, with a fourth title in the past five seasons.

A draw would also all but mathematically rule the Reds out of contention given City’s superior goal difference.

The champagne could well be on ice when City host Aston Villa on Sunday.

Liverpool will finish the domestic campaign at home to Wolves before then turning attention to the Champions League final against Real Madrid.

Survival battle going to the wire

Everton missed the chance to secure their top flight status after Brentford came from behind to win 3-2 at Goodison Park, where the Toffees finished with nine men.

Frank Lampard’s side have another opportunity to guarantee safety, by beating Crystal Palace at home on Thursday evening.

Burnley are now back in the bottom three, a point behind Leeds, but also have a match in hand, which is at Aston Villa on Thursday.

Leeds edged into 17th place after scoring a stoppage-time equaliser against Brighton.

However, with just one game left to play, Jesse Marsch’s men are now relying on other results to determine their fate.

The Gunners, though, can secure Champions League football for the first time since the 2016-17 campaign if they win their final two matches – at Newcastle on Monday night and then at home to Everton.

Spurs can capitalise on any slip-up when they head to relegated Norwich on the final afternoon.

Chelsea will have to pick themselves up from their FA Cup final defeat for Thursday’s league game against Leicester at Stamford Bridge.

Victory would mathematically confirm a place in the top four – although dropping out of contention altogether seems unlikely. The Blues host relegated Watford on the final day.

While it might not be the Champions League both clubs had been hoping for, Manchester United and West Ham will be in Europe again next season.

The Red Devils sit sixth, two points ahead of the Irons, and can confirm their place in the Europa League with victory at Crystal Palace.

However, should they not win and West Ham do at Brighton, then it will be Europa Conference League football for Erik ten Hag’s first campaign in charge.