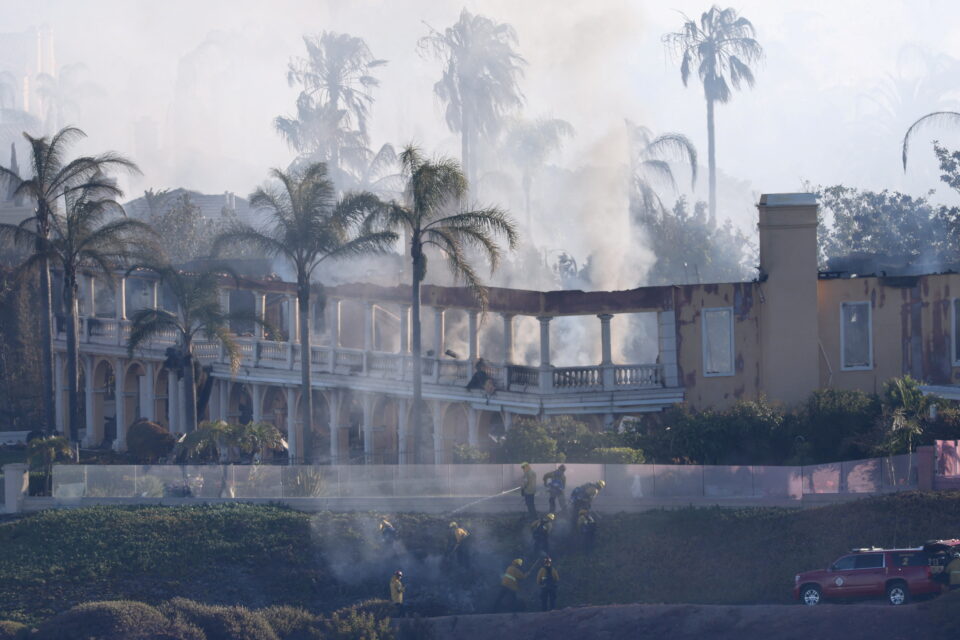 From New Jersey to Georgia, US states thousands of miles from wildfire hotspots in the west face a growing risk from forest blazes as global warming makes “safe havens” increasingly rare, researchers warned on Monday.

Wildfires pose at least a moderate risk to more than 30 million properties across the United States, according to modeling by First Street Foundation, a nonprofit that maps climate risks.

“Wildfire risk is increasing so much faster than even flood risk is across the US,” said Ed Kearns, the group’s chief data officer. “And it’s likely to affect areas that aren’t thought of as wildfire-prone areas right now, but will be soon.”

Well beyond hard-hit states such as California and New Mexico, East Coast spots including South and North Carolina are among those with the most properties threatened by fires, the research found.

It used a new model intended to give home and other property owners a detailed risk assessment of the climate-related threats facing their properties, including wildfires and floods.

“That ability for an individual to sit down and type in their address and see what their risk is makes a personal connection between climate change and this data set and their lives,” Kearns said.

A handful of counties in Georgia, for example, were among those with the largest projected rise in the share of properties with at least moderate wildfire risk between now and 2052.

The researchers looked at about 140 million properties nationwide, including residential and commercial buildings as well as vital infrastructure including schools and airports.

They found that close to 80 million of them face some degree of risk, with 30.4 million facing at least “moderate” risk.

That corresponds to an annual “burn probability” of 0.03 per cent or more, or at least a 1 per cent cumulative chance of experiencing a wildfire during the life of a 30-year mortgage.

Western states that already face significant risk will see that worsen over time with climate change, including places like California, New Mexico and Colorado that are accustomed to dealing with major blazes, the report said.

But other places in the Midwest and South are already at risk, it noted. South Carolina and North Carolina both feature among the top US states for the number of properties with at least a moderate risk of experiencing a wildfire in 2022.

Michael Wehner, a senior scientist at the Lawrence Berkeley National Laboratory in California who was not involved in the report, said it was tough to escape “detrimental” effects from rising temperatures.

“No matter where you live, there’s something bad coming out of climate change – whether fire or drought or bigger storms or heatwaves – choose your poison,” he said.

“Climate change is really going to surprise a lot of people, and they’re going to see a lot of things that they haven’t seen before in their lives,” he said.

Beyond the threat to life, livelihoods and property, the expanding danger zone threatens to put further strain on federal firefighters at a time when many are sounding the alarm about low pay and hazardous working conditions.

Traditionally, when work on fires has been completed out west, federal resources shift east to assist with “hurricane duty,” Golden said.

But now there could be a perfect storm lining up of overlapping hurricane and fire seasons, he warned.

“That’s really going to stress and strain resources being able to respond to both incidents at the same time,” he said.