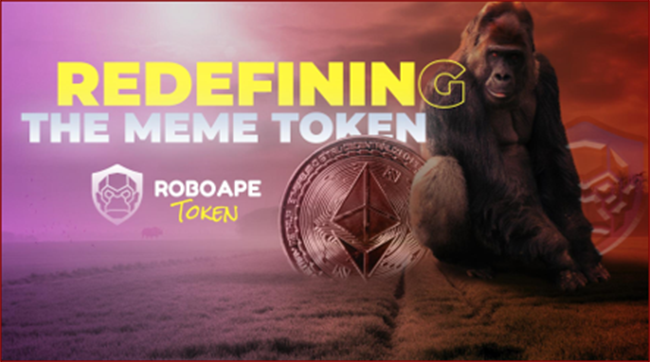 Shiba Inu (SHIB) surprised investors last year when its price increased by 42,000,000%. Even though the meme token’s price has fallen 76% from its high, many members of the Shib Army are more bullish than ever.

Part of the excitement stems from the optimistic price targets. Telegaon, a digital asset specialist, has predicted that Shiba Inu (SHIB) could be worth more than $5 by 2050. Based on the current price of $0.00001921 per token, this represents a 26,000,000% gain.

However, the upcoming meme token, RoboApe (RBA), seems to be emerging as a contender to the meme coin market leader. Despite only being in presale, it has excited investors already with its innovative White Paper that could potentially transform the crypto market. Could the newcomer beat Shiba Inu (SHIB) in the race to $5 once it launches?

The catalysts that could propel the SHIB price

Despite making eye-popping profits last year, Shiba Inu (SHIB) has yet to make significant progress with blockchain technology. Its greatest assets have been brilliant branding and viral popularity since its launch, but that could change soon.

The Ethereum (ETH) blockchain currently powers Shiba Inu (SHIB), which means users must pay exorbitant fees to transact within the ecosystem. This is a significant barrier to adoption. Fortunately, a solution is on the way. Shibarium is a layer-2 scaling solution that will move Shiba Inu (SHIB) transactions to another platform, increasing throughput and lowering fees. It is expected to go live later this year, paving the way for greater adoption of other Shiba Inu (SHIB) ecosystem projects.

The Shiba Inu (SHIB) Metaverse, on that note, went live at the end of April. In the virtual world, players can buy digital plots of land, build their projects, and earn a passive income. Despite competition from other metaverse-style games like Decentraland, Shiba Inu (SHIB) has the potential to be a game-changer. It could, in particular, boost demand for the cryptocurrency, driving up its price.

ShibaSwap, a decentralised exchange that allows users to swap tokens and earn staking rewards, launched the Shiba Inu (SHIB) burn portal in April. Shiba Inu (SHIB) tokens can be destroyed by sending them to a dead wallet on the platform. Investors will receive burnt SHIB tokens in exchange, which will generate passive income in the form of Ryoshi Vision tokens, but the reward does not appear to be particularly appealing. BurntSHIB token holders will receive 0.49% of all Ryoshi transactions, and the Ryoshi Vision token is currently worth 99% less than Shiba Inu (SHIB).

Regardless, the burn portal’s motivation is straightforward: by destroying a portion of the Shiba Inu (SHIB) supply, the remaining tokens become more scarce and valuable. Shiba Inu (SHIB) currently has a circulating supply of 549.06 trillion tokens, but it will need to be burned in large numbers to reach $5.

If Shiba Inu’s (SHIB) market cap stays at $10.5 billion, the token supply would have to be reduced to 2.1 billion tokens in order for the token price to reach $5. This would necessitate the destruction of 99.9996% of all existing tokens. But what if the value of the asset rises in the meantime?

Let’s pretend that projects like Shibarium and the Shiba Inu (SHIB) metaverse generate a lot of buzz in the crypto community, and Shiba Inu’s (SHIB) value skyrockets. The market capitalization would be $1.05 trillion at that point. To reach $5 per token at that level, the supply would have to be reduced to 210 billion tokens. This would necessitate the destruction of 99.96% of all existing tokens. That remains a very unlikely scenario.

Why RoboApe (RBA) could be more optimistic

Once launched, RoboApe (RBA) will be a community-driven meme coin that will run on the Ethereum (ETH) blockchain. Investors are bullish on the token at such an early stage because of its unique design that equips it for longevity and sustainability in the market.

The other part of the transaction fee will be sent to a burn wallet, permanently removing it from circulation, which as discussed above, contributes to increasing the token’s value.

By implementing burns straight from the get-go, RoboApe (RBA) has a shot at reaching $5 by 2050. Shiba Inu (SHIB), on the other hand, will find it difficult to massively increase its price due to the monumental rise it experienced last year.

While Shiba Inu (SHIB) could theoretically reach $5 by 2050, the odds are stacked against it. People need to be willing to throw money away in burn projects, which makes for a poor investment thesis, whereas RoboApe (RBA) will not require that of its holders, instead opting to burn a portion of the transaction fee. 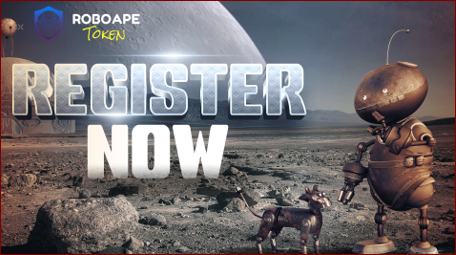