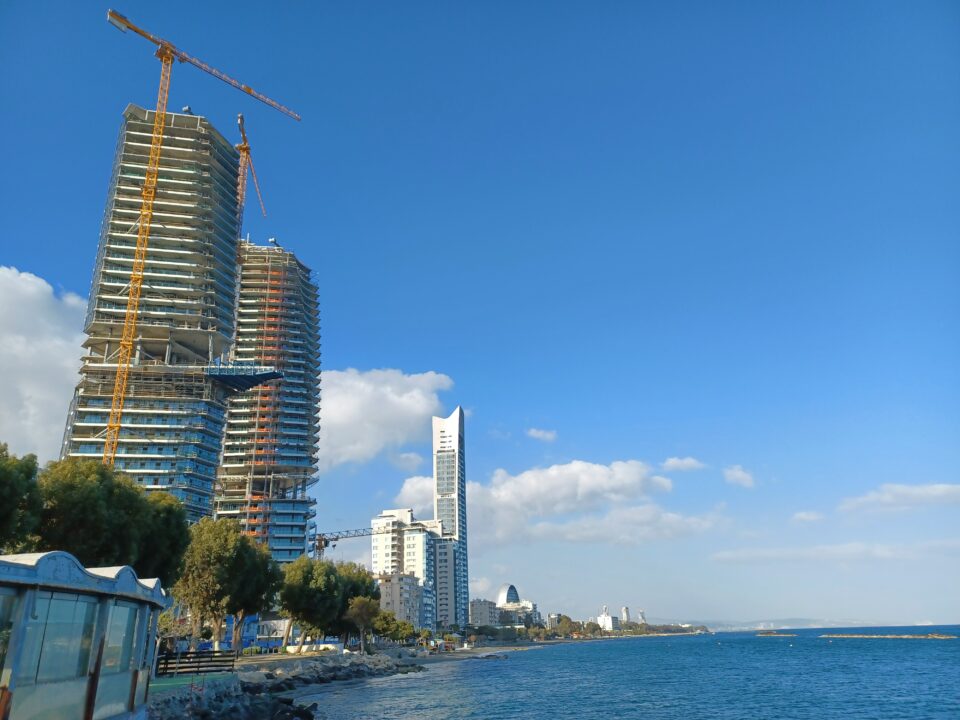 Cyprus Land and Building Developers Association general manager Mersina Isidorou on Tuesday said that the Cypriot construction sector can help the economy withstand the challenges that it is being faced with.

“Our industry is essentially Cyprus’ heavy industry,” Isidorou said, adding that it should once again assume the role of the core pillar of support and help the economy overcome the difficulties and challenges that have arisen.

The association’s general manager said that we are currently experiencing a lot of uncertainty and instability, at both the European and international levels.

“The dramatic events that followed the Russian invasion of Ukraine seem to be having a profound effect on national economies, with the true effects of the war being impossible to calculate until it is over,” she said.

“In such circumstances, each country must strengthen its key pillars of development, while turning to new fields of smart specialisation,” she added.

Isidorou mentioned that the construction sector has been a particularly active one in Cyprus, with both domestic and international clients.

Moreover, she noted that in 2019, the last year before the pandemic and its resulting economic crisis, the construction sector added more than €3 billion to Cyprus’ GDP,

That amount represented 17 per cent of Cypriot GDP during that year, which was more than the insurance, finance and industrial sectors’ contribution put together.

“With such a volume of work in mind, it is unnecessary to further emphasise the contribution of the sector in maintaining employment,” Isidorou said, noting that more than 35,000 employees, most of them Cypriots, have been trained and employed in recent years in numerous projects of advanced complexity and scope.

“Such actions help not only to stimulate the market, but also Cypriots themselves, who want to get their first home, including young couples,” Isidorou said.

“It is important that such incentives become more permanent in how they are viewed and implemented, but also to expand into other property categories,” she added.

The association’s general manager also said that the sector’s ability to look beyond the domestic property market has resulted in the attraction of foreign funds and international investors.

“These foreign direct investments must not only be safeguarded but bolstered further, especially during these times, through the close cooperation between the private and public sectors,” Isidorou said.

“The sector has achieved significant differentiation in recent years, turning to markets beyond the traditional ones, something has already brought positive results,” she added.

Isidorou mentioned certain state initiatives that have also had a positive impact, including the incentives provided to foreign companies for the relocation of their headquarters to Cyprus.

She noted that the success of this particular initiative can transform Cyprus into a hub that will connect third-country companies with the European market.

“For the success of this effort, there are actions that need to be taken and they concern both the creation of a friendlier environment for foreign companies, their executives and their families, as well as the financing necessary for the construction of appropriate office facilities,” Isidorou said.

“Market data shows the need to simplify and speed up the processes for both the obtainment of work permits, as well as opening a bank account for international employees,” she concluded.