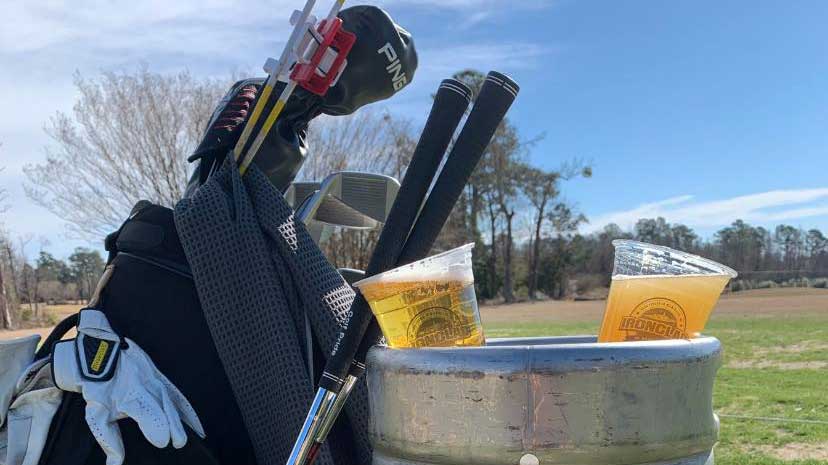 The price of beer, and not gas, had golf fans fired up at the PGA Championship on Tuesday. With a can of suds going for $18, world number nine Justin Thomas wondered if at that price it cured cancer.

With a gallon of gas in Tulsa hovering around $4, getting to Southern Hills Country Club won’t be nearly as costly for most fans as buying a round of beers or even water which is going for $6 a bottle.

The sky-high prices even caught the attention of multi-millionaire golfers. Thomas, who has career earnings of over $47 million, took to social media to express his shock.

The beer might not cure cancer but at current prices may cure a hangover with only spectators with deep pockets able to over-indulge.

Certainly the cost will cut down on action at the 19th hole.

A 24-ounce can on course is going for $18, or about the same price as an 18-pack at a local Tulsa grocery store. For $19, fans can upgrade to a premium brand.

“I just saw it and I was blown away,” said Thomas, explaining his post to reporters. “It’s just a bummer.

“You want people to come to the tournament. If I’m on the fence and I’m looking at the concession stand, that’s not the greatest thing.

Even fun-loving Australians, who are well known for their fondness for a pint, were left gobsmacked. Cameron Smith said he doubted he would be lining up at the concession stand.

“If I had to buy a shout of beers..,” pondered Smith, winner of the Players Championship and nearly $7 million this season. “I probably wouldn’t pay 20 bucks for a beer personally.”

If Thomas and Smith were surprised by the price tag, then they have not been to a Super Bowl or Lady Gaga concert lately where alcoholic beverages routinely run into the high double-digits.

The PGA of America defended the pricing saying it was in line with those other events.

Grounds tickets for Monday to Wednesday practice rounds cost $25-$45. The price jumps to $195 for Thursday’s opening round but includes food and non-alcoholic beverages from concession stands.

That of course does not include beer.

“We also have a new ticketing pricing offer for all the spectators this year, which includes basically as much food and non-alcoholic beverage as they want included in the price,” explained Kerry Haigh, the PGA of America’s Chief Championships officer. “The pricing of the product is sort of comparable to stadium events.”

Brooks Koepka, PGA Championship winner in 2018 and 2019, also had no major issue with the prices taking a more practical view.